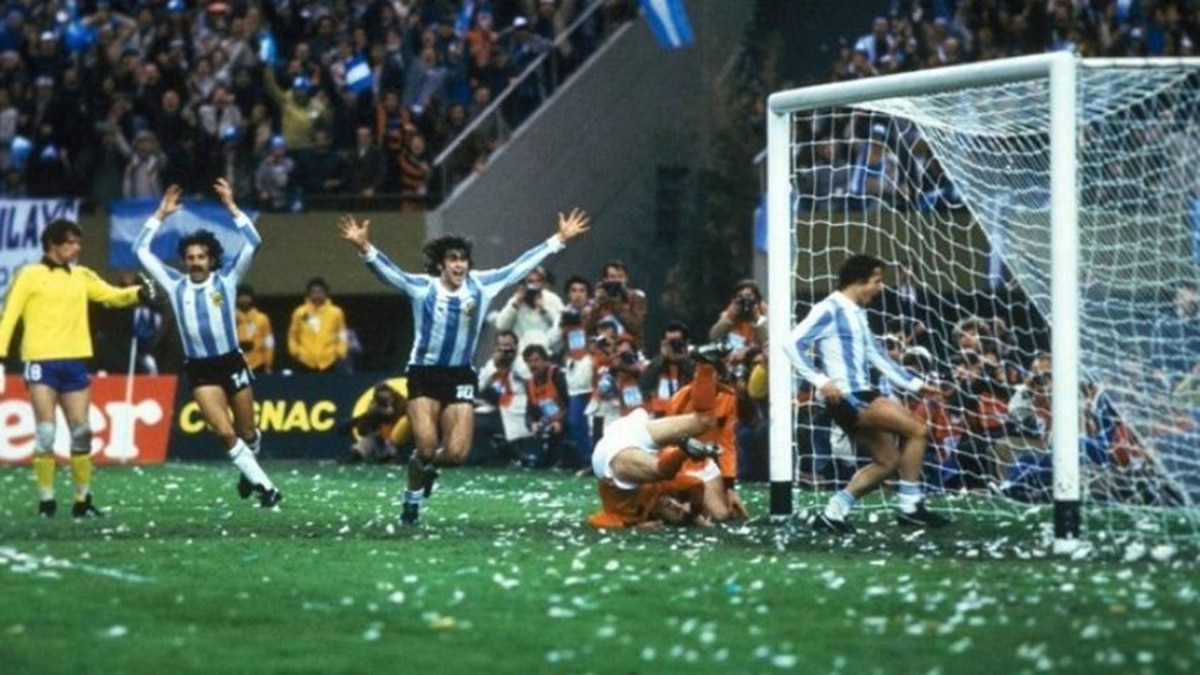 Argentina World Cup 1978Although sadly remembered for being organized during the military dictatorship, it is also remembered for being the first world title in the country. Those led by a young César Luis Menotti were imposed by 3 to 1 in the prolongation against the Netherlands, that got to be runner-up in 74.

Although more than 40 years have passed, it is still unpublished material about this definition. In the last hours, through social networks, an image never before seen of the second goal of Mario Alberto Kempes was viral one of the grandstands of Monumental In the photo you can see an incredible detail.

The journalist and book writer "78: oral history of the world", Matías Bauso, in your account Twitter (@matiasbauso), took note of what was posted by the user @Centrojas.

What The attention of this snapshot was the gesture of Leopoldo Jacinto Luque, Daniel Bertoni and René Houseman. The three strikers tried to "give strength" to the Matador and, in unison, they imitated the movement that the player of Valencia had to do to overcome the resistance of Jan Jongbloed and score the goal.

What a tremendous challenge! Mario Kempes reluctantly left the field. After a short tussle with the defender, Leopoldo Jacinto Luque came in from the left with the intention of giving Mario Kempes the lead.

The funny thing is that the same happened to one of the five pimps, who also raised his leg like Kempes.