Susan Boyle he had his big return to television playing in America has talent where she dazzled the jury, starting with Simon Cowell who saw her when she first performed in Britain's Got Talent playing "I Dreamed a Dream" of the musical Les Miserables. After his return, the singer said, "Most of the audience was laughing, but then they looked at my mouth and everything changed, you can not imagine that people will get so excited about one, I'm glad to have entered this stage" .

The singer The 57-year-old singer said she has decided to take part in America's Got Talent: The Champions, where winners of previous seasons face each other because she seeks to be a source of inspiration to others like her. "I want to motivate those who do not have the confidence to do things, those who have no voice, those who are usually ignored, I think I am an example for them." Second place does not mean that you have lost, it is a promise to fulfill, "he added. 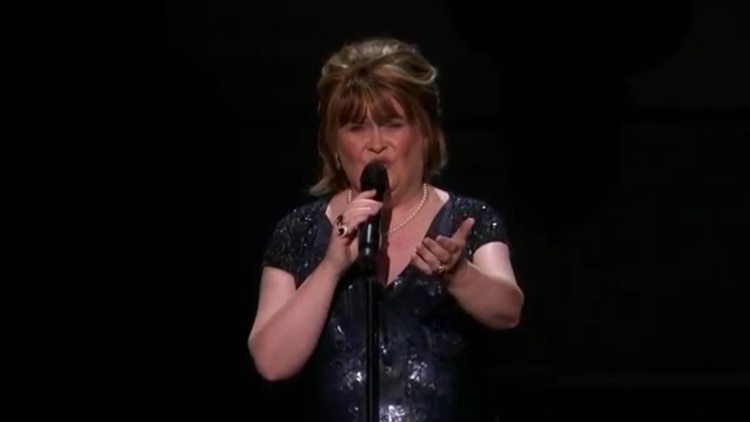 Susan He revealed his excitement by showing Simon how much he has grown professionally since they last saw each other. "It's my great opportunity to deliver on that promise," he said. A two-time Grammy nominee, she chose "Wild Horses" from the Rolling Stones, the same song she sang in America's Got Talent in 2009, her first appearance on American television.

As for the jury, everyone was happy to see her again, the most lively was Cowell. "You know what, Susan, I can not think of any other competitor who represents this program more than you, honestly speaking, it's you, you've changed the lives of many people and I'm absolutely excited that you're here," he said. looking at her. fixed to the eyes after listening to him again and receiving applause from the audience.

For his part, Howie Mandel also remembered the first time: "That moment of seeing you sing and have you here, is what this program represents, here we say:" You know what I want? Susan Boyle& # 39 ;, That moment that leaves you with your mouth open. I look for this because you are the embodiment of what this program stands for. "