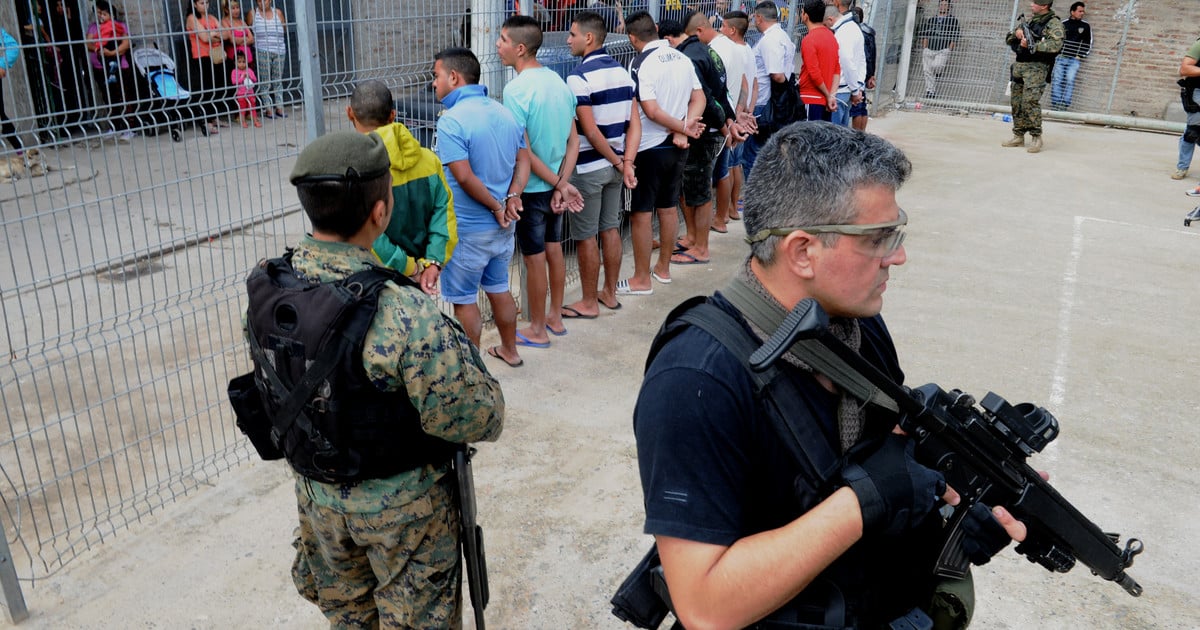 Partly because the economy still does not produce good news, as – he understands – it offers results in the fight against crime, at the beginning of the election year, the government seems determined to Address the agenda of the fight against insecurity. The implementation of Taser guns and the announcement of the project embarkation to decrease the age of assignment to 15 years are some of the initiatives that, as was advanced Clarin, Casa Rosada is proposed for the coming months. Another measure points to migration controls: while progressing in the search for consensus with a sector of Peronism to make a project that hardens the law of Migration 25.871, seeks accelerate the expulsion of foreigners committing crimes or who has entered the country illegally, thereby creating a migratory law is Special unit to look for foreign criminals.

The control of the migratory flow was outlined as a priority by Mauricio Macri almost since taking office. And after a year of management, he signed Decree 70/2017 which included a number of requirements for foreigners wishing to enter the country, such as the ban on those who have criminal records in their country of origin; and at the same time modified administrative deadlines to expedite the expulsion procedures, which until then could take up to 6 years.

This DNU, however, was challenged by different sectors, from the political and also from the judicial. Until last year, Chamber V of the Federal Administrative Chamber of Commerce declared its "constitutional invalidity" and suspended its application. The government, however, has appealed to the Supreme Court of Justice, which must now be defined.

When it seemed that the ruling party was resigned to not being able to advance the issue, the head of the Justicialist bench in the Senate, Miguel Pichetto, revived the discussion in November when he proposed "Kick out foreigners who commit crimes", after the Federal Police detained two Venezuelans, one Paraguayan and one Turk, during incidents around Congress in the midst of the budget debate. In those days, with the endorsement of Macri, who insisted on "debating the management of immigration (sic)," the Interior Minister, Rogelio Frigerio, agreed with the senator to work together to toughen the law.

Strictly speaking, the initiative presented by Pichetto is even tougher than the government's claim. It proposes, on a case-by-case basis, the expulsion of a foreigner with difficulty from the dictum of a case by a court of first instance.

As you should know Clarin, in the party of the government there is no unanimous position on the subject. While in the most difficult wing coincides with the proposal of Rio Negro and even claim "reciprocity" to countries of origin, health and education, the most guaranteed sector and some judicial blows of the government oppose the expulsion in advance and warn that without a firm condemnation would be to advance the principle of innocence. Today's offer seems to tip the most difficult sector: Macri itself is located there. "It is necessary to seek consensus and discuss with all sectors a topic that the most serious countries will evaluate seriously and without demagogy: from crime, which is the most urgent, to long-term policies, such as ordering the flow of migrants," they said. high official sources. The question is when: the different sectors of government consulted on the subject agree that the debate will be opened this semester, before the campaign.

Advanced seems to be the creation of a Migration Law, as required by current law. The official sketch has already passed through the opponents' offices. It addresses, among other issues, the a National Immigration Chamber – inspired by the structure of the National Electoral Chamber – that allows unifying the recursive path in the material and establishing jurisprudence for all courts of first instance in the country and reducing the times of the process.

For now, the director of Migration, Horacio "Toto" Garcia, will go through Casa Rosada, who will meet with the head of the Civil House, Marcos Peña, to outline the roadmap for the coming months.

But some of the initiatives are already underway: on the one hand, Migraciones made a list with the names of 354 foreigners, with criminal records or who have entered the country illegally, who will begin to search and then expel them. It already has judicial approval. To this is added the payroll of 618 foreigners who will be presented to the court to request their "retention" for their subsequent expulsion. There would be almost 1,000 foreigners about to be expelled for crimes.

This is the first time Migrações has been working on this scale. And it seems that this plan will intensify: the idea is that the Minister of Security, Patricia Bullrich, organize the creation of a special unit to look for foreigners, to look up the names that Migrations update periodically, online.

It is enough to review the numbers of the last few years to measure the magnitude of the official intention: according to Migrations, in 2015, only four were expelled in accordance with the provisions of article 70 of Law 25,871. In 2016, with Macri in the Government, 33. In 2017, there were 75. And in 2018, until October, 150 were counted. The figures do not include the cases contemplated by the figure of estrangement, that is, those who are expelled when they find half of the sentence.

In this regard, the Migrations signed an agreement with the Minister of Justice of Buenos Aires, Gustavo Ferrari, to speed up the situation in the province: they estimate that there are about 2,200 foreigners staying in the prisons of that territory, of which a thousand are already convicted and about 300 they can be "lost".