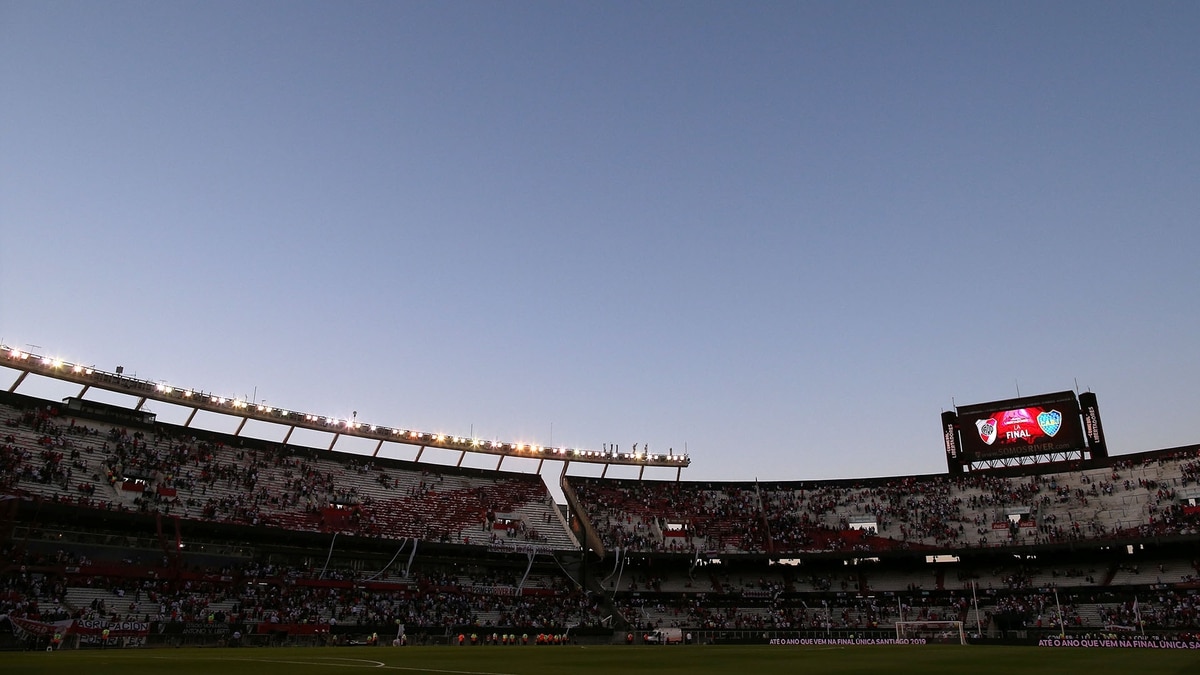 After the incidents that occurred with the micro Mouth in which several players were affected, and problems with groups of river fans in the stadium access, the Government Control Agency closed the Monumental.

However, the Nunez institution said they will appeal tonight for this measure be lifted and tomorrow you can play the return of the Superfinal gives Cup Libertadores.

Himself Rodolfo D & # 39; Onofrio he had foreseen that this could happen and confessed that he asked the President of Boca for help: "He has close friends that I do not have. I asked Angelici to ask that nothing unusual be done here (at the Monumental) at age 17.. Not by authority, but because of the frank talk we had, it made me feel calm, "he said.There is no reason or news that our stadium is closed. The umbrella opens, just in case"

Hours before the start of the meeting, which was agreed for 17, the vehicle in which the players of the ribera club were moved were intercepted and stoned by some millionaire supporters. Some Xeneize They were injured by broken glass coming from the windows, while others inhaled the pepper spray that the police threw at the misfits.

In total there is 16 detainees for "attack and resistance to the Authority", as reported by the Security Forces. There are also 40 people with contravention for "incitement to violence".