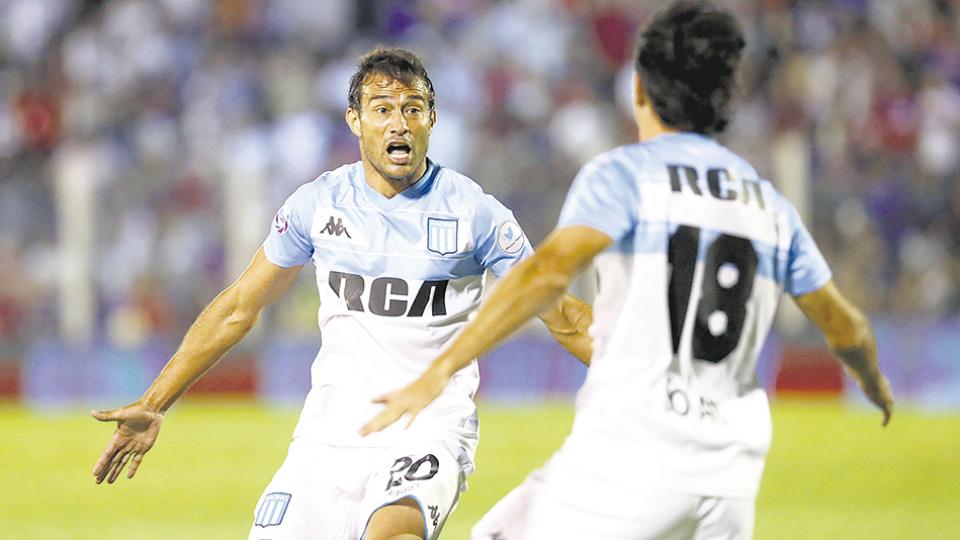 Racing suffered yesterday against Tigre with a 1-1 draw in Victoria, but earned him the consecration in the Superliga, with a game left in the fierce fight that he had with Defensa y Justicia, his opponent in the last encounter. Midfielder Augusto Solari scored the goal of the new Argentinean football champion, while free-throw Lucas Rodríguez equalized for the fourth minute of the netting time. The game was not easy for Racing, because Tigre played permanency in the First Division, and improved not only his game but the results since the arrival of coach Néstor Gorosito: he added 13 of the previous 15 points in the game.

However, the "Academy" controlled the Tiger, who bet on the counterattack, and generated the most dangerous situations of a first time that sometimes was very disputed.

The clearest came in 15 minutes with a shot from Cvitanich that hit the post, and the rebound was lost by former Banfield with the bow at his disposal. Tiger mounted the lines for the second half and improved his production. The Gorosito team, needing points, was more moving and put in difficulties for Racing in the first moments, where Gabriel Arias transmitted the maximum security of the bow.

Racing, who won the ninth championship in a stage of professionalism, left the situation proposed by Tigre with more participation of Lisandro López, his emblem, in connection with Zaracho, Fernández and Solari.

The best moment of Racing was observed after the goal of Solari (in out of game by centimeters) that had a great incidence of the Marinelli archer, when he calculated badly to take the ball over the crossbar, after a rebound in Zaracho.

Lopez had the second in the 19 minute with a brilliant definition, but the ball hit the crossbar. This action did not allow him to resolve the fight against Racing and left Tigre alive who needed at least one point, he was much more excited in the end.

The hierarchy that the champion exhibited in that part of the match was diluted with the execution of the minutes and was besieged in time by the place.

Tigre cashed in with Lucas Rodríguez's free-kick, which showed Arias' only failure throughout the game. The ball went under the body of the Chilean goalkeeper selected. The illusion of "Matador" ignited, but it did not hit him despite the support of his people, who sold the tickets and generated a great climate.

Racing, only surpassed in result and game by River in the contest, justified the consecration since it was the best one of the Superleague, supported in the hierarchy of its players, of the associated game in some moments and of the effectiveness like ally; characteristic of a true champion.

The Avellaneda club will close its campaign against Defense and Justice, while Tigre will play his last chances to remain in the Primera Division at Monumental when he faces the champion of America, River.