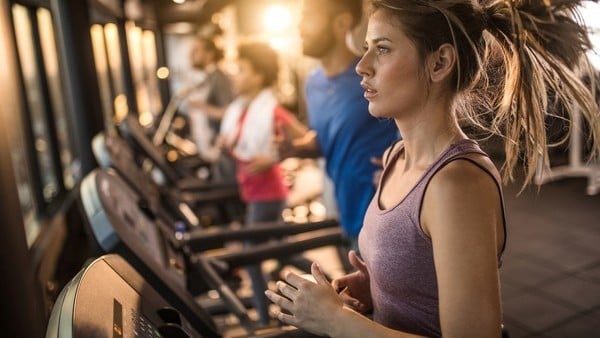 UK scientists have been able to identify 14 genetic regions, seven of which are unknown until now, which could condition, in part, the provision for physical activity of people, according to a study published Monday by the journal Communications of the nature.

The research, developed by the Big Data Institute at Oxford University, reports, for example, the time when we sit, sleep, or move with our genes. The research used the GWAS (Genome-Wide Association Study) method, which uses correlation – not causation – to arrive at its conclusions.

Experts have programmed a "machine learning machine" to differentiate sedentary and active lives (and various intermediate levels) in 200 volunteers who took a camera and a bracelet for two days that monitored their activity every 20 seconds.

After, They compared this information with that of 91,105 individuals registered in the Biobank UK database who wore this same type of bracelet for a week in earlier periods.

"How and why we move depends not only on genesbut understanding the role they play will help us improve our understanding of the causes and consequences of physical activity, "project director Aiden Doherty said in a statement.

Only through studying large amounts of data, he said, will he be able to decipher "the complex genetic foundations" of some of the most basic functions, "like movement, rest or sleep."

In addition to detecting 14 related genetic regions, seven of them new, they observed for the first time, thanks to the big data, that "Increased physical activity spontaneously lowers blood pressure"

In addition, genetic analysis revealed the existence of a "superposition" between neurodegenerative diseases, mental health and brain structure, which demonstrates the important role of the central nervous system in physical activity and sleep.

Physical inactivity, according to experts, is a threat to global public health, with a broad spectrum of diseases associated with physical inactivity such as obesity, diabetes or cardiovascular problems. Also changes in sleep are related to heart disease, metabolic and psychiatric disorders.

The study's experts emphasized that the use of the "automatic learning machine" to analyze large amounts of health data is advancing rapidly and this conditions the kind of studies that can be developed.

"We designed machine learning models to teach machines to analyze complex functions such as activity," explained Karl Smith-Byrne, one of the participants in this paper.

"They could help us, for example, determine if inactivity is a cause or consequence of obesity," added Michael Holmes of the British Heart Foundation at Oxford University.

CONICET's senior researcher, Marcelo Rubinstein, who studies the brain, genes and behavior criticizes this type of study because, in his opinion, he can not establish a causal relationship between genes and physical activity. "There is currently a whole discussion about how much physical activity is linked to obesity or whether there is a causal relationship between the two." What has already been shown is that the supposedly sedentary lifestyle, which in reality is not so, does not contributes to explain "The phenomenon of obesity, and it can not be demonstrated that physical inactivity is a genetic issue," said the researcher, who is also a professor in the Department of Physiology, Cellular and Molecular Biology of the Faculty of Exact and Natural Sciences of UBA . "Going for genetic traces that may explain physical inactivity is nonsense – it emphasizes – is not genetically conditioned, which is conditioned by how it relates to the environment, a person who for example is a nurse will have more physical activity if he works as operator ".