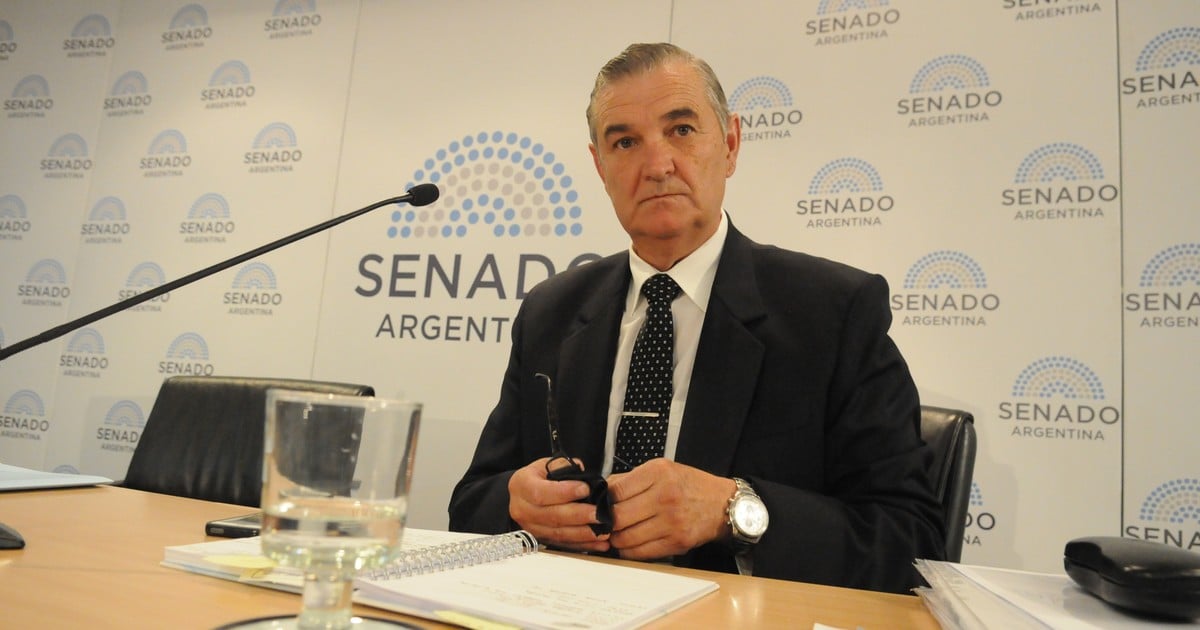 The former chief of the Navy, Admiral Marcelo Srur, said his subordinates they hid information about what happened with the shipwreck of the submarine ARA San Juan and also pointed out that the ship was not able to navigate alone so far from the coast.

Prior to the Congressional Bicameral Commission, Srur said the first few days had not informed him that seawater had entered the submarine and that a fire had occurred. "They downplayed the situation. They told me that only communication was lost with the submarine ".

"In addition, from there he went to the Chaco, instead of returning.López Mazzeo made these trips without authorization and made a mistakebecause I was in Uruguay getting a distinction, "said Srur.

The then chief of the Navy also assured that ARA San Juan "was not able to operate alone, in the distance and in the fishing zone, could sail with the fleet, but not only, in the 200 miles".

But, he clarified, he also had no information about the difficulties presented by the submarine, as a problem with the valve Eco 19, that a few months before had touched that valve and entered the water.

The former head of the Navy, Marcelo Srur, before Congress. (Diego Díaz)

"If you got water at Eco 19 and did nothing, it's crazy to re-surf," said the experts who consulted, "said Srur. He added that he would not have rated the 4.25 submarine, since the ARA San Juan had several problems.

This mistake was attributed to the then commander of the submarine force, Claudio Villamide.

Peronist deputy Pedro Miranda asked him if this information came from an envelope sent to him from the United States Navy, which they opened with Lopez Mazzeo at a meeting with Minister Aguad. But Srur said "I do not remember" if Lopez Mazzeo was at that meeting.

In fact, one of the submarine's crew members, Luis Tagliapietra, asked Srur if it was true that "there was no planning" for the submarine's activities during 2017, despite being used in an operation that ended with its sinking.

"It did not appear in the naval reports that ARA San Juan would participate in this control patrol in the exclusive economic zone, but obviously the attitude (of López Mazzeo) was to do what I want to do because the submarine did this patrol, "answered Srur. He added: "Here we have 44 heroes, who died on a mission, but this was achieved by minimizing a problem, otherwise we would not have gotten there."

Ms. Nilda Garre, former Defense Minister Kirchnerist, questioned Srur's "lack of leadership" since "you can not hide behind the fact that you did not know, did not remember or did not tell you what was happening "during the tragedy of ARA San Juan.

On the other hand, the former Navy chief denied that he refused to accept British aid to find the submarine, as has been published in various media. He explained, before deputies and senators of the Bicameral Commission, that he transmitted to Lopez Mazzeo the order to accept this aid, based on the directive received from Minister Aguad.