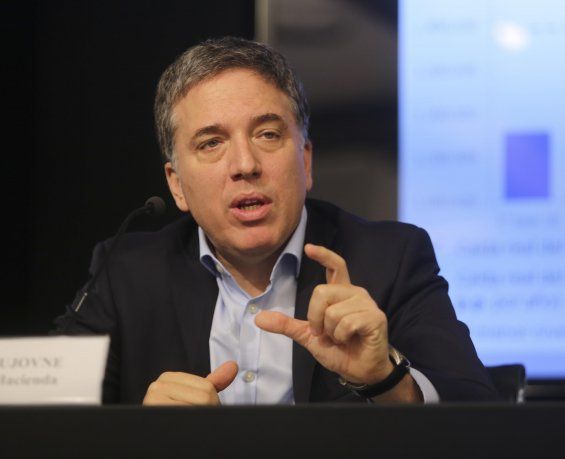 The portfolio led by Nicolas Dujovne reported in a press release that they received 7,970 applications of $ 1,139 million, and a pro rata factor of 96.54% was applied.

This was the third such auction, where investor participation was reflected in the $ 950 million earned earlier this year, another $ 1,050 million at the end of January and now $ 1.1 billion.

On Wednesday, the Treasury will offer the National Treasury bonds with adjustment for the CER (inflation) plus a rate of 2.25%, due in 2020.

The receipt of offers to acquire the Boncer 2020 will begin at 10 and will end at 15 in the morning.

Dujovne highlighted this weekend that the monetary and fiscal programs for this year "clarified the doubts that many investors had about Argentina."

Speaking to the newspaper La Nación, Dujovne also recalled that "a few months ago there was concern about paying the debt of 2019, then until 2020 and then until 2021."

The Minister of Finance pointed out that during the last week of January "we put the debt in pesos at 18 months, which already exceeds the electoral calendar, and as we continue to do so, they are, on the one hand, improving Argentina's debt profile who had a lot of concentration in foreign currency, and on the other side, shrinking our financial program this year. "

The Boncer 2020 Competition will have a competitive share in which prices must be expressed for each original face value of $ 1,000 with two decimal places, while in the non-competitive tranche they should only enter the amount to be subscribed.

These securities are readjusted by the Reference Stabilization Ratio (CER) published by the BCRA, to which a nominal rate of 2.25% per annum, payable semi-annually, is added.