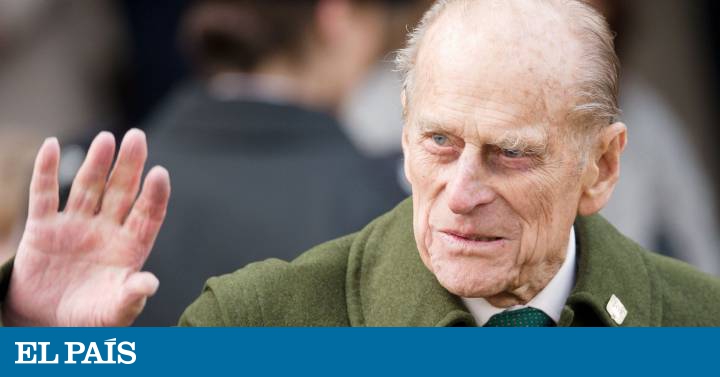 When 11 days have passed since the car accident suffered by Philip of Edinburgh, the husband of Queen Elizabeth II of England wrote a letter of apology to the woman who was injured in the accident. This was reported by the newspaper The Mirror Of Sunday, which publishes the missive.

"I want you to know how much I regret my share of the blame in this accident," read the letter that the prince addresses to Emma Fairweather, 46, a passenger of the car she crashed, as reported by the British Sunday. "I did not see the car that was coming and I'm sorry for the consequences," says the letter, signed in blue by the Duke of Edinburgh.

Apparently, the letter is dated January 21, three days after the crash, but its existence was not disclosed until Sunday 27. A letter that surfaced after last week Emma Fairweather complained to Sunday Mirror that the prince did not communicate with her or apologized for the shock and that she called him "insensitive," accusing him of "ignoring them." "I'm lucky to stay alive and he did not even apologize," he told the newspaper. "It was such a traumatic and painful time that I would expect more from the royal family," he added.

Fairweather said he received a phone call from a police officer to send a message that, in his opinion, "did not make sense." "He told me:" The Queen and Duke of Edinburgh remember you. "This is not an apology, nor does it even express your goodwill," he argued.

The duke's words were slow to arrive. "I've been through this crossing many times and I know very well the traffic that the main road has, it was a sunny day and by three o'clock the sun was low," explains the queen's husband, confirming the hypothesis that the sun blinded him during the journey. He also confesses that he felt "agitated" after the incident, but was "very relieved to learn that none of them were seriously injured."

O Duke of Edinburgh also gives certain explanations of the reasons that did return to the real residence and did not stop to see how the victims were. When a crowd began to gather, a policeman advised me to return to Sandringham, and later he knew that you had broken his wrist. Among other causes, he claims he was "a bit stunned" after the coup. "PI was relieved to learn that none of you were seriously injured, "he says.

The accident occurred on January 17 near the royal residence of Sandringham, where Elizabeth II and Philip reside from Christmas until the end of January or early February; this 2019 will leave the residence on the next day. The powerful Land Rover Freelander driving Prince Felipe crashed into a Kia car as he left a road to join the road. The prince was unhurt, but the Kia driver, Ellie Townsend, 28, was cut in one knee and the passenger, Emma Fairweather, had a broken wrist. In the backseat was a baby, Townsend's son, who was not hurt.

Felipe, 97, who will be 98 years old in June, known for his explosive temper and corrosive mood, said goodbye to public life in August 2017, although it has been seen in social acts with Isabel II. After the stroke, he was not hospitalized but was examined by a doctor in Sandringham as a precaution, according to Buckingham Palace. The next day, he went to the nearest hospital on the farm to be examined.

Two days after the accident, Norfolk police contacted Philip again to give him "some appropriate advice," after posting photographs in which he was seen driving through Sandringham's gardens without a seat belt.