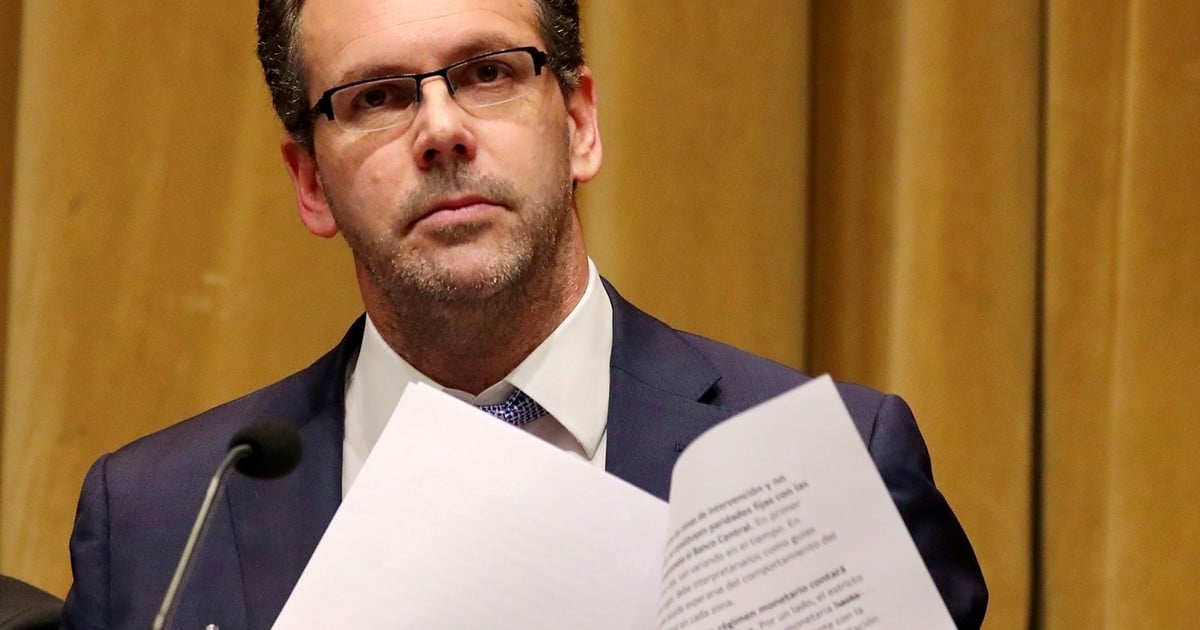 Yesterday, the dollar resumed the momentum it had levied last week and rose $ 1.45 to close $ 39.97, according to the Central Bank average. In a single day he gave a jump of 3.63%. In some banks, the retail currency rose above $ 40, although in the nation closed at $ 39.90. Thus, the US currency touched again the price it had in the first week of October, when Guido Sandleris' management at the Central Bank began and the flotation band scheme was launched.

»In pesos per dollar. Touch to explore the data.

On October 1, the dollar hit $ 40.73, the highest value so far during Sandleris management. After minor losses on the following days, on October 4 it closed in US $ 39.44. And from there he started sliding into the $ 37 area.

Yesterday at mid-morning, the dollar had fallen 7 cents from closing on Friday, when it had increased more than one peso to close at $ 38.50. But as the hours go by the trend reversed and has shown that the week the G20 begins will be framed by currency swings.

This increase in the dollar puts an end to the stability the currency has shown in recent weeks. The advance of the dollar is pushed by the uncertainty which was hitting the market in recent days. Specifically, the new leap that gave the country the risk, which after the low it had in November when it seemed to settle in the area of ​​600 points, rose again to 700 points.

This recovery is explained by what is happening with the Argentine bonds that continue with high rates of return, which implies that the doors of the international financing remain closed to the country. Add to that the latest bid by Lebac last Tuesday, where Central did not renew $ 120 billion, dropped the weights in the market that now push the dollar.

With this currency recovery, the wholesale exchange rate stood at $ 39.05, almost 4 percent above the floor of the flotation band. In the last five wheels, the dollar accumulates a high of 7.2%. Yesterday there were cash transactions worth $ 723 million, well above the average of last week, about $ 500 million per day. In the future MAE market, US $ 219 million were traded.

The Argentine peso followed in the same direction of the other currencies of the region. In Brazil, the dollar appreciated 2.48% in relation to the real, while the Mexican peso fell 1.15%. The "Brazil effect" was the reason they chose at the Treasury to explain why the dollar rose for the fifth day in a row.

"Brazil is dragging us along, but we are calm because it was already clear that the policy of bands of exchange works, "they said in the environment of the minister Nicolas Dujovne.

On October 1, the Central Bank implemented a flotation band system and not intervene as long as the currency moved within those limits. Today these bands range from $ 35.89 to $ 46.45.

For the operator Gustavo Quintana, of PR Cambios, the increase of the dollar in the last days is due to the "strength of the demand and the insufficiency of the offer".

According to economist Martin Alfie of Radar consultancy, "the breadth of the floor and ceiling of the band means that if there is a mood change, Volatility is high. There is a 30% difference when the BCRA can not buy or sell. "

Matías Roig, director of Personal Personal Investments, notes that the increase in the currency is "as a consequence of excess liquidity as of the maturity of Lebac, which is consistent with the end-of-month offsets, as well as the sustained fall in the interest rate of the Central Bank's Liquidity Notes (Leliq). "

The eyes of the market are placed on the decision that the Central Bank will take in relation to the rates. Yesterday the monetary authority the Leliq rate fell again, the instrument that was replacing the near-extinct Lebac, to 61.23% from 61.40% on Thursday, with a placement of $ 134.579 million.