The dollar rises and asks banks not to operate with Venezuela 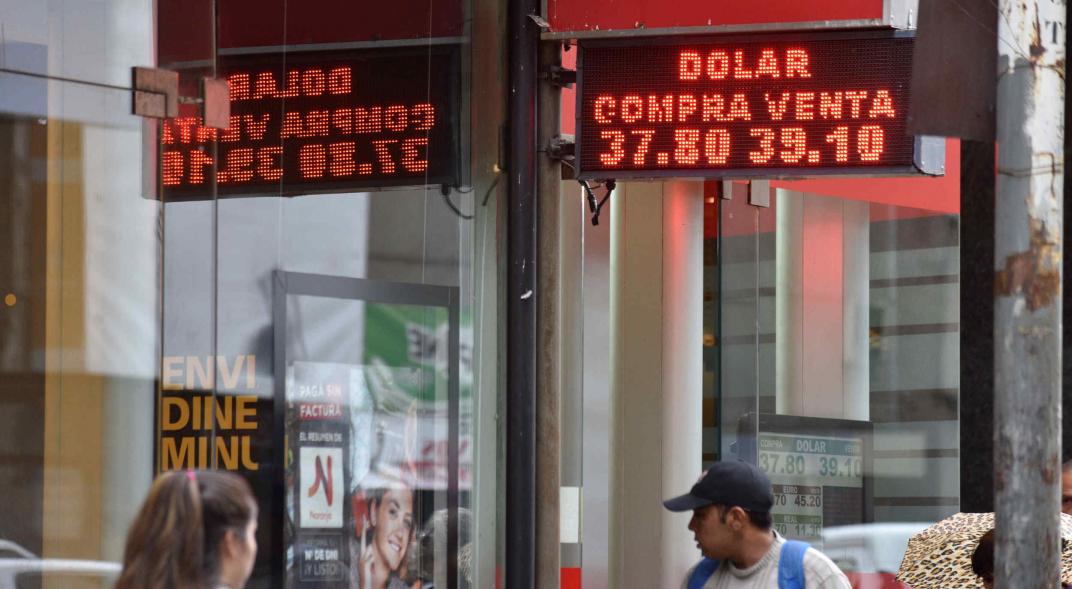 The official dollar price continues to rise slowly and is approaching again at 39 pesos, while the interest rate fell its tenth consecutive decline, in a market surprised by a government requirement to banks: to avoid operations with Venezuela.

The financial market yesterday had a quiet day that ended with optimism, by a news that came from outside: the United States will suspend tariffs on Chinese products during the trade talks. It's a little peace in the middle of the war.

Eduardo Fernández, an analyst at Rava Bursatile, explained that this news led Wall Street's main indexes to post average gains of 1% at the close of the day, which favorably affected the world markets.

The S & P Merval index rose 0.63 percent to 34,262 points. Fernandez said it is difficult to get out of there because the lack of volume does not now allow access to more ambitious goals.

Meanwhile, the foreign exchange market began to gain momentum due to the coverage demands that began on Tuesday. According to the Central Bank average, the retail price of the ticket was yesterday at 36.79 pesos for the purchase and 38.74 pesos for the sale.

Banco Galicia has already placed the ticket at 39 pesos per unit, while other entities, such as the French, Supervielle, Patagonia and Itaú, put at 38.90 pesos. Today could increase the demand, with what the price would surpass the 39 pesos.

The volume of dollars traded yesterday was 623.5 million dollars, 2.3% below the previous round, financial market operators said.

The Central Bank held an auction of Liquidity Letters (Leliq) within seven days, with an allocated amount of 147,827 million pesos, at an average cut rate of 57,316%.

As investors increased to dollar positions, the interest rate fell for the tenth consecutive day.

Some banks and financial institutions yesterday received a note issued by the Financial Information Unit (UIF) warning of the risks of operating with companies in Venezuela and officials of the government of Nicolás Maduro.

As promised by the government through an official communication transmitted last week to ignore the second term of the Bolivarian leader, the FIU raised the level of alert and discouraged the operations in that country.

The entity required banks to inform themselves by issuing a Suspicious Operating Report (STR) within 48 hours "all transactions made or attempted in which any such individual and / or legal entity has any type of intervention, whether direct or indirect. indirectly "and any assets or assets that they detect.

The measure caused bank confusion because it was unexpected, La Voz told one of the country's largest private banks, but said they would follow the official decision.

The Central Bank did not go out to buy dollars

The floor without intervention was not drilled, as it was a few days ago.

In the wholesale market, the exchange rate was 37.68 pesos for the purchase and 37.72 pesos for the sale, about 22 cents from the previous day.

The Central Bank of the Argentine Republic (BCRA) did not buy foreign currency, since the ticket price remained above the floor of the so-called "nonintervention zone", which yesterday was 37.52 pesos and that today will operate on the floor of 37.55 pesos.

The original text of this article was published on 01/18/2019 in our printed edition.