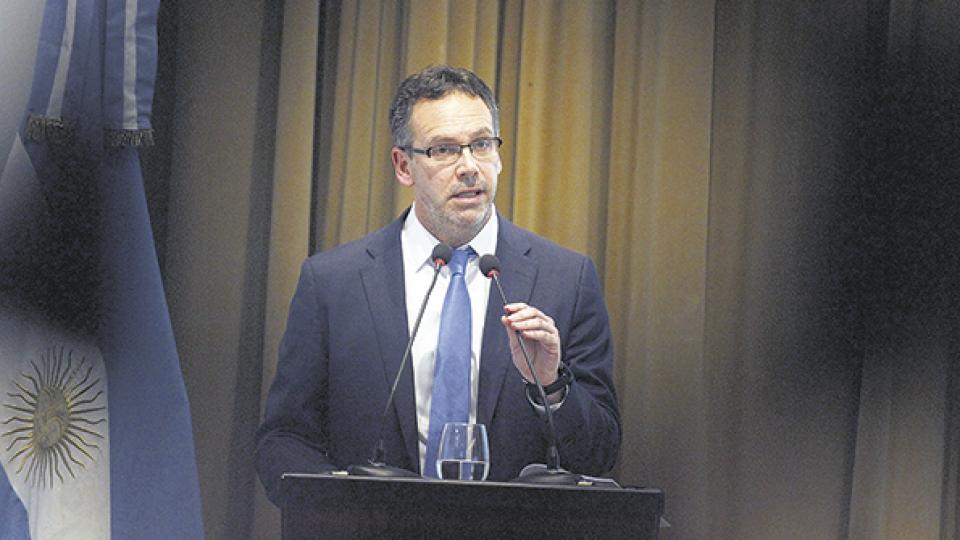 The dollar pierced the floor of the exchange band for the first time. The retail price was yesterday at 38.18 pesos, down 31 cents. The wholesale exchange rate stood at 37.08 pesos, down 29 cents. This implies that the currency ended about 28 cents below the bottom of the range. The central bank intervened in the market buying 20 million dollars, although it had room to buy up to 50. The organ seems to be comfortable with the appreciation of the currency. At Leliq's bid, the interest rate fell slightly. The average rate ended at 58.46%, when it was 58.78 in the previous session. 151,332 million pesos were placed. The reserves were located at 66,041 million dollars, with an increase of 96 million.

The financial landscape of the first weeks of the year is calm. There are no exchange rate pressures and the country risk, which at the end of last year reached Macri's record of administration, shows a sharp decline. The JP Morgan indicator stood at 706 units yesterday, down 8 points. The developed world is going through a period of relative calm and capital flows are beginning to return to emerging economies. Argentina reacts to global trends and, just as last year it registered falls well above the rest of the neighbors, this year it registers a much greater increase in its assets. Local stocks traded in New York again rose. Grupo Financiero Galicia's 3.3% advance was highlighted. This bank recorded a 10% increase in hard currency last week.

The slightest uncertainty in the world helps the foreign exchange market to show a state of relative tranquility. Interest rates close to 60% in the local market encourage the financial bicycle with Leliq and fixed terms. The result is that a phenomenon similar to that of the Lebacs begins to replicate. This debt of the Central Bank grew exponentially, allowing the appreciation of the exchange rate. The result was the strongest exchange rate in recent decades, with the dollar adjusting to more than 100%.

Leliq's stock already exceeds 800 billion pesos and the payment of monthly interest on these accounts is close to 35 billion pesos. The figure, with the current quote, implies that the Central pays the equivalent of almost a billion dollars a month. These amounts are difficult to sustain in the medium term. As the exchange rate moves and prices in the domestic market continue to accelerate, the real appreciation of the exchange rate begins to widen the effect of the potential imbalance of monetary liabilities. The wholesale dollar is close to 38 pesos, when it was close to 40 in early October.

In the Central, the assessment is not considered a danger. Yesterday he intervened buying 20 million dollars, about 30 million less than is allowed in the exchange program. It was the first intervention since October 1, when the new monetary austerity plan began. The operation was carried out through a market offering with an average price of 37.31 pesos. It's a quote five cents below the mark that marks the floor of the band. The counterpart of this tender was the issue of 746 million pesos (used to acquire the currencies). In the Central explained that the issue for the purchase of currencies will increase the monetary base target.

The Central Bank does not have the margin to carry out important interventions and avoid a new cycle of appreciation of the exchange rate. This is because the International Monetary Fund does not want the Central to use resources to participate in the foreign exchange market. Not to sell. Not buy. The monetary authority reiterated that they will show caution in their intervention policy for the purchase of foreign currency. "The bids will be up to 50 million dollars a day. In the accumulated of the month can not exceed 2% of the objective of the monetary base," they repeated. The tool available to the BCRA to try to moderate the rate depreciation is the interest rate. But in the body it seems comfortable with the falling of the coin. This is because it allows to moderate the impact on the prices that the rate increases in the first part of the year.