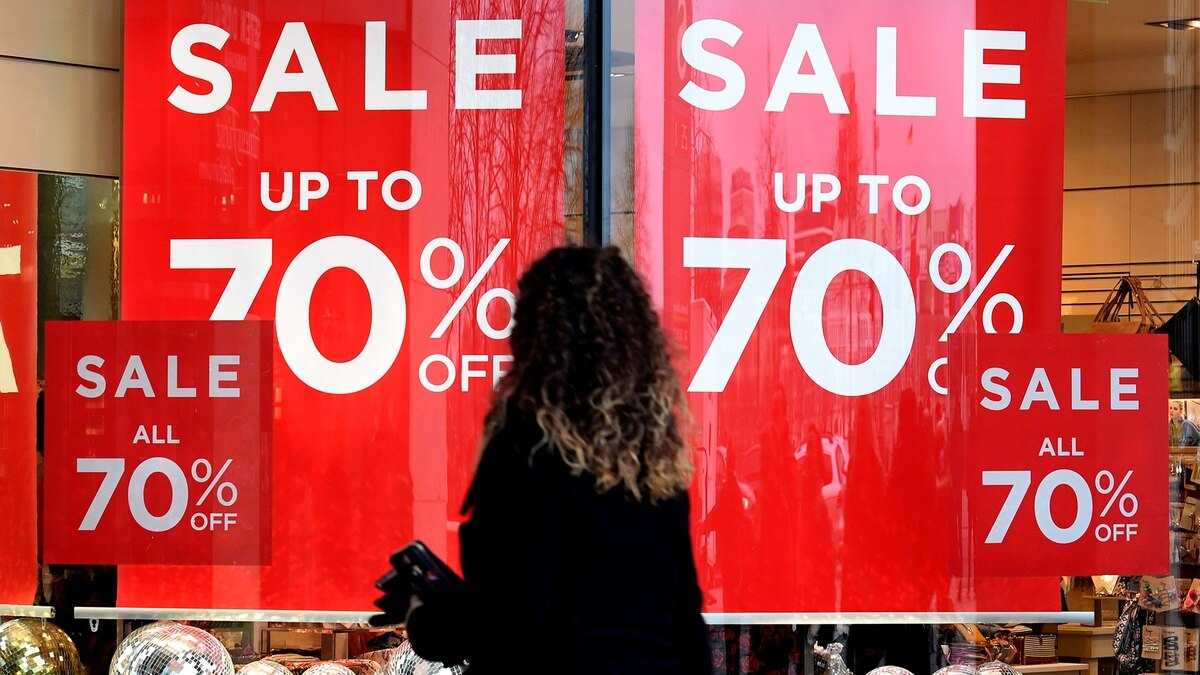 If economics were literature, the story of what happened to inflation would be a fascinating mystery novel. Inflation perished by natural causes – a weak economy, for example? Was it finalized by central banks, with high interest rates as a weapon of crime? Or is she not dead, but just lurking, to return soon with revenge?

Like any good mystery novel, it has a twist. What would happen if the apparent defeat of inflation affected the central banks themselves, making them seem dispensable? Far from being praised for a job well done, they are under populist attack. "If the Federal Reserve had done its job properly, which was not done, the stock exchange would have risen from 5,000 to 10,000 additional points, and GDP would have been well above 4% instead of 3% … with inflation almost nil, "President Donald Trump said on Twitter on April 14. On April 5, quoting Freddie Mercury, he said that "you would see a rocket" if the central bank relaxed.

The irony of Trump's criticism of the Federal Reserve is that, by historical standards, the bank is remarkably moderate, that is, inclined to keep the rate low. After decades of work to reduce inflation, even at the cost of inducing recessions and ultimately succeeding, central bankers in developed economies have spent most of the past 10 years retreating and trying to revive it with very little success. . At a March 20 press conference, Federal Reserve Chairman Jerome Powell said low inflation is "one of the greatest challenges of our time."

As Powell acknowledges, persistently low inflation is difficult to explain using standard macroeconomic theory. Price pressures were weak following the global financial crisis because there was a major slowdown in the economy, which included the idle capacity of factory workers. What is surprising now is that, even after one of the longest economic expansions in US history, and with the unemployment rate hovering at a half-century low, inflation remains low. The Federal Reserve has repeatedly failed to meet the target set in January 2012 of a 2% annual variation in the price index for personal consumption expenditures. Once volatile food and energy prices are eliminated, inflation has reached only 2% a month (July 2018) in the last seven years.

In January, Powell said the economy appeared strong enough to sustain two quarterly rate increases in 2019, in addition to the four that the Federal Reserve set last year. But inflation once again fell short of Federal Reserve expectations, and both increases in the rate of 2019 have been eliminated from the average estimate of policy makers at the bank.

While a five-digit inflation of the Venezuelan type is destructive, a little inflation exhales the gears of commerce. It gives companies the possibility of secretly reducing the wages of workers with worse results, since keeping them stable equals a reduction in real wages. Some inflation is also useful for central banks because it helps them fight recessions. To stimulate indebtedness, they like to reduce their monetary policy rates well below the rate of inflation. But they do not have room for that if the rate is a little above zero. An unexpected fall in inflation also punishes borrowers, making their debts heavier.

So who, or what, killed the inflation? There is growing evidence that the killer was not the Federal Reserve, the European Central Bank or the Bank of Japan, although central bankers tended to believe Milton Friedman's claim that inflation is "always and everywhere a monetary phenomenon ". Researchers are finding that low inflation is largely a consequence of globalization, automation or de-unionisation – or a combination of the three – that undermine workers' power to negotiate higher wages.

In other words, capitalists killed inflation. In the decades after World War II, the Polish economist Michal Kalecki described inflation as a product of the struggle between business and labor. If workers can achieve large wage increases, their employers recover costs through price increases, forcing workers to look further, and so on, in a spiral of wages and prices. On the other hand, if workers have little or no influence, as is the case in many sectors, the wage and price spiral never begins. Kalecki's Marxist analysis survives in the Modern Monetary Theory, a sample of the once marginal economics for which liberal political Democrats such as Senator Bernie Sanders of Vermont and representative Alexandria Ocasio-Cortez of New York have developed a taste.

Surprisingly, even the Federal Reserve considered the idea that inflation could be related to something like class struggle. Columbia University economist Richard Clarida, who began his four-year tenure as Federal Reserve vice president in September, likes to point to a fall in workers' share of national income to 66.4% by the end of the year. 2018, ranging from 68% to 71% between 1970 and 2010. Their implicit argument is that firms could give the labor a solid boost without raising prices for goods and services, provided they were willing to return part of their increase in participation of national income.

With idle or dead inflation, central banks are being hit from the left and right by not doing more to push growth. Stephen Moore, who was elected by Trump to a vacant seat on the Federal Reserve Board of Governors, said "hundreds" of Federal Reserve economists have no idea and should be fired. "I'll say it again: growth does not cause inflation," he said. Bloomberg Television on April 11. "We know that when you have more production of goods and services, prices fall," he said. Moore's argument is an argument on the supply side: that growth increases the productive capacity of the economy at least as much as the demand side, so there is no upward pressure on prices.

In the opinion of Harvard economist Lawrence Summers, persistently low inflation is a symptom of what he calls secular stagnation. As interest rates are already low, an essential treatment for such a condition is an aggressive fiscal policy, according to Summers, who was Treasury Secretary to President Bill Clinton and director of President Barack Obama's National Economic Council. He is not a fan of Trump's tax cuts, but argues that the federal government should increase public investment, even if it means taking on more debt.

Germany and other northern European countries with low debt are particularly well placed to spend more and help boost global growth, argues Mohamed El-Erian, chief economic adviser to Allianz SE in Germany and columnist Opinion Bloomberg. "Unfortunately," he writes in an e-mail, "the political will to implement such an approach is lacking."

Which means this can continue for a while. In an April 15 presentation at the Peterson Institute for International Economics, Summers said major industrial economies will be trapped by low inflation and low interest rates "for at least another 10 to 15 years."

One of the reasons for the persistence of low inflation is that it is related to the aging of societies. "I used to say it was just an excuse, but I'm starting to wonder if the Japanese are right," says Adam Posen, president of the Peterson Institute. "Maybe aging will affect people's willingness to negotiate wages, to change jobs, to invest."

Part of the reason why inflation has remained low despite declining unemployment is that companies are finding new ways to keep the line on wages. Juan Salgado, dean of City Colleges of Chicago, a network of community colleges, says employers like Accenture and Aon are recruiting people with a higher education diploma for jobs they previously assigned to college graduates. Then they invest in training to strengthen the skills of the newly hired.

Standard macroeconomic theory holds that no matter how resourceful employers are, restricted labor markets should lead to higher wages and general inflation. An April article by Joseph Gagnon and Christopher Collins of the Peterson Institute argue that unemployment is finally low enough that there can be "moderate increases in inflation in the coming years." But the authors cautiously add that there may also be few changes. An article published in January by Olivier Coibion ​​of the University of Texas at Austin and Yuriy Gorodnichenko and Mauricio Ulate of the University of California at Berkeley found "no evidence that inflation is about to increase."

One new idea that is gaining momentum is that central banks sacrifice some of their independence and coordinate their efforts more closely with the tax authorities, who are responsible for taxes and expenditures. Posen of the Peterson Institute told Bloomberg that if the federal government embarks on major projects in areas such as clean energy or medical care, this could prompt the private sector to do the same. That could put the whole economy on a higher growth path, he says.

The Federal Reserve knows its credibility is in danger, so it has launched a "Fed Listens" tour that will culminate with a research conference at the Central Bank of Chicago on June 4 and 5. Topics will include the monetary policy strategy, the tools for managing the economy, and communication practices (Salgado is on the speaker list). Federal Reserve officials have already made it clear that despite the need for new ideas, they are still not ready to write the obituary on the 2 percent inflation target.

By Piter Coy, with the collaboration of Matthew Boesler, Rich Miller and Craig Torres (Bloomberg)