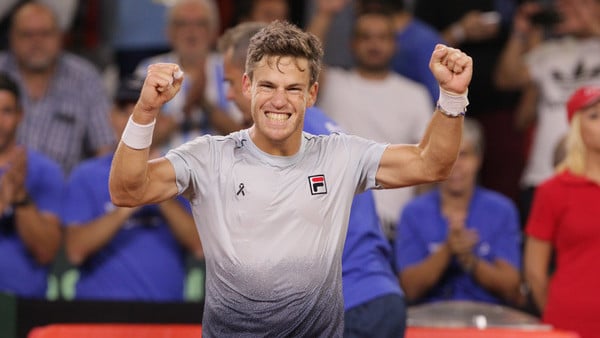 The first Grand Slam of the season is coming and, after the draw, the five Argentines who secured their place in the main draw Australian Open they already know their rivals. a Diego Schwartzman, Leonardo Mayer, Guido Pella, Federico Del Bonis and Guido Andreozzi you can add them Marco Trungelliti, which must go through another stage of qualy. And it will not be Juan Martin Del Potro, the world number 5, who is still recovering from a fractured right knee and will return to the circuit at Delray Beach cement on February 19.

How did fortune play for Legion heirs? The luck was mixed. Mayer (54 of the ranking), who comes from winning his first match in the circuit after five months, will be seen with the Chilean ascendant Nicolás Jarry (43 °), a rival of risk although it arrives complicated by a foot injury that prevented him from appearing this week in the ATP 250 of Sydney. The winner of this match can be crossed in the second round with the talented Italian Fabio Fognini, 13th in the world ranking.

Pella (66 °), meanwhile, will face the Portuguese João Sousa (44th), his usual doubles partner. It will not be easy for the Bahía Blanca native, who comes from being eliminated in the first round of the ATP 250 in Auckland. If the premiere takes place, German Philipp Kohlschreiber (34 °) can appear in your path.

On the other side of the box is Delbonis (77 °), which will have a premiere before the difficult spot John Millman (38 °), that this Tuesday eliminated the American promissory Frances Tiafoe (39) at the Sydney ATP. But that's not all for the tile: in the second round you could cross with the British Andy Murray, who is in full recovery after a hip operation and will have a complicated start commitment to Spanish Roberto Bautista Agut (23), champion in the ATP 250 of Doha last Sunday after having dispatched in the semifinal no less than Novak Djokovic.

On the other hand, Andreozzi (80 °) you will see them with a classified and in the next stage you can beat the Georgian Nikoloz Basilashvili (19) The same fate had Schwartzman (18), the top-ranked Argentine in Melbourne who is in the semifinal of Sydney: a player coming from qualy in the first round and, if he wins, he will be seen with the winner of the match between the place Marc Polmans (170 °, invites) and the American Denis Kudla (62 °).

The santiagueño can be added to the main draw Trungelliti, who on Thursday got rid of Englishman James Ward by 6-4, 3-6 and 6-3 in an hour and 56 minutes of play, and advanced to the third round of the standings.

Trungelliti, 28 and 121 in the ATP career, will now play against the American Mitchell Krueger (231 °)who eliminated the Spanish Adrián Menéndez Maceiras for 3-6, 6-3 and 7-5, and to win, will participate in the main attraction of the Australian Open.

Who do main favorites play? In search of a seventh title in the Australian Open, the world number one, Novak Djokovic, will face in the first round a rival out of qualy. In its possible way, French appears Jo Wilfried Tsonga (finalist in 2008).

The Swiss Roger Federer, third seed and champion in the last two editions of the tournament, will debut against Uzbek Denis Istomin and if you advance, you can cross a hypothetical semifinal with Rafael Nadal, second seed, who will beat local James Duckworth in his debut. The Spaniard, afflicted by several injuries, has not disputed official games since September last year when he had to leave the U.S. Open semi-final against Juan Martin Del Potro.

The German Alexander Zverev, fourth player of the ranking and champion of the last Masters of London, will have the Slovenian Aljaz Bedene as a rival in the first round.

The draw reserved a complex debut for Croatia's Marin Cilic (7th), a 2018 finalist, who will play against the Australian national team. Bernard Tomic (85th), a favorite of the local audience.