Technology WARNING: How Your Phone Is Confused Because of the North Pole's Displacement | Contact Us | News 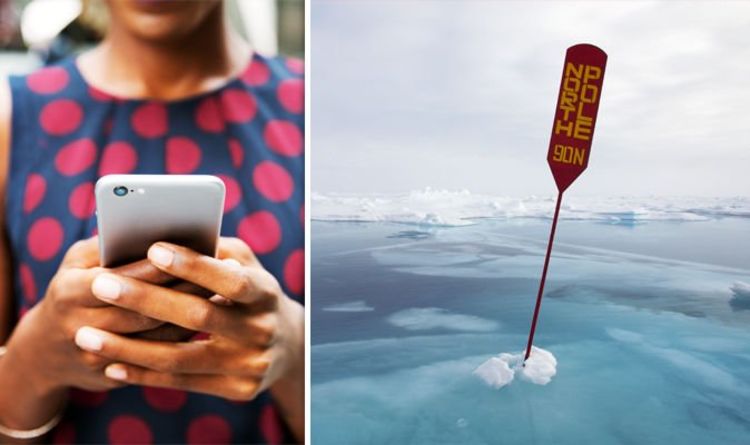 Liquid iron is sloshing in the center of the Earth, causing the North Pole to move away from Canada and head for Siberia. GPS requires a precise location for the North Pole and is currently close to exceeding what geomagnetists call the "safe position" – a location where GPS remains accurate. Experts say the pole is moving 55 kilometers a year, and is becoming more unpredictable in the last 100 years.

While there is no solid explanation as to why this is happening, scientists believe it may be due to a massive section of liquid iron that is changing inside the planet.

Scientists are beginning to worry about how fast magnetic north is starting to change because it is affecting global technology.

A system dependent on the North Pole is the World Magnetic Model (WMM), which helps your smartphone get a precise position.

Space Weather states: "The World Magnetic Model is a computer program that does this fix for you.

"This improves the navigation of devices ranging from nuclear submarines to common smartphones."

Will Brown of the Geomagnetism Team of the British Geological Survey, which produces the model in collaboration with the National Oceanic and Atmospheric Administration (NOAA), said: "WMM is the standard magnetic model used for navigation by organizations such as NATO, the Defense Department, and the US Department of Defense, as well as operating systems for smartphones such as Android and iOS. "

Arnaud Chulliat, a Colorado Boulder geomagnetist and the National Oceanic and Atmospheric Administration's National Environmental Information Centers (NOAA), said: "The error is increasing all the time.

"The fact that the pole is accelerating makes this region more prone to big mistakes."

Scientists will gather to undergo an urgent upgrade of the World Magnetic Model, where it will change exactly where the North Pole is.

"The next update was not scheduled to happen until 2020, but due to the sudden change of the North Pole, the researchers need to bring it forward."