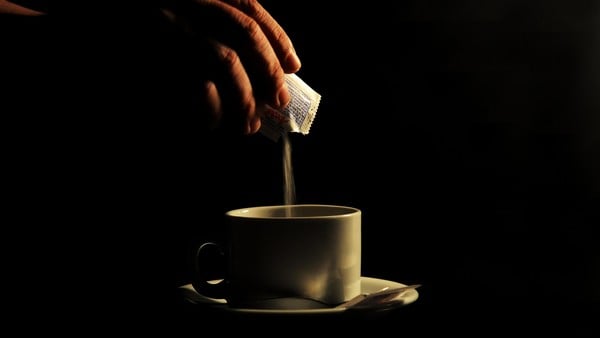 A review of scientific studies published in the journal The British Medical Journal check the use of sweeteners again: they say that there is no compelling evidence to support the health benefits of using sugar-free sweetenersand that, as if that were not enough, one can not rule out potential damages as a result of their consumption.

As reported by The Guardian, the review was conducted by the Cochrane, an international non-profit research group, which aims to provide concrete evidence on the subject to the World Health Organization (WHO), where they are doing a guide on "unsweetened sweeteners" or NSS, a concept that includes artificial sweeteners such as aspartame as well as natural low calorie or no calorie alternatives such as stevia.

Because in recent years, growing concern about health and quality of life has encouraged many people to adopt healthier lifestyles and avoid foods rich in sugar, salt or fat. Thus, foods and beverages containing sugar-free sweeteners instead of common sugars have become increasingly popular.

Although many unsweetened sweeteners are approved for use, little is known about their possible benefits and harms in acceptable daily intakes, since the evidence is "often limited and conflicting", please indicate the persons responsible for this study.

The balance, the moment of suspense in every diet.

To better understand all this, a team of European researchers (among others from Hungary, Germany and France) analyzed 56 studies dedicated to analyzing and comparing the unacceptable or low consumption of sugar-free sweeteners with regard to high consumption in adults. and healthy faces.

Experts measured weight, blood sugar control, oral health, prevalence of cancer, cardiovascular and renal diseases, mood and behavior in general. The studies were evaluated for bias and certainty of the evidence.

The consumption of sweeteners has increased in recent decades.

They also have not found sufficient evidence of any effect of sugar-free sweeteners on overweight or obese adults or on children who try to lose weight actively.

Consulted by Clarín, nutritionist Sergio Britos, from the Center for Food Policy and Economic Studies (CEPEA), explained that "in the scientific literature there is evidence of scarce effectiveness extend the amount of artificial sweeteners in beverages and foods as a means of reducing sugars and gaining weight. In some studies, the effect is still regressive, since greater weight gain is found among those who consume products with artificial sweeteners in a chronic way. "

Britos added that "if you want to reduce your dietary sugar intake, the most effective long-term interventions will decrease exposure to sweet tastes, even of artificial sweeteners; especially in the early years of life, which represents the time when enduring habits are established. "