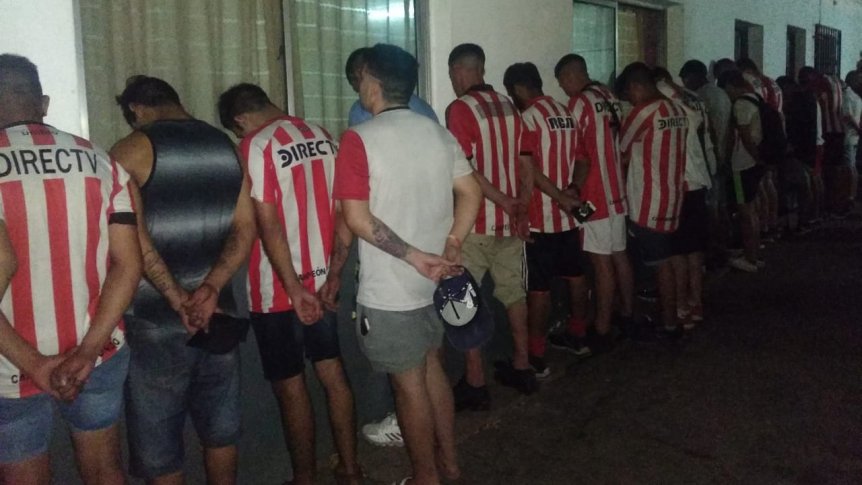 Buenos Aires police arrested a total of 54 bars belonging to the club Estudiantes de La Plata tonight to generate disturbances in the previous meeting that the platense squad played with Vélez Sarsfield (1-2), in the Estadio Centenario de Quilmes by the date 16 of the Super League.

Delayed fans traveled on one of La Plata's fifteen buses that were moving toward Quilmes, until at the junction of Sarratea and Andres Baranda, a few blocks from the stadium, "the occupants of that vehicle began to cause disturbances in the road public ". , uttering insults to the people who passed through the place, in cars as well as on foot, informed the Aprevide.

Given this situation, the police began to reduce them before arriving at the Quilmeño stadium.

The 54 detainees were transferred to the 3rd Police Station in Quilmes, where the minutes were processed for violation of the Sports Law (11,929) and were available to the Justice, in addition to kidnapping, among other belongings, three drums and flags of more than eight meters long.