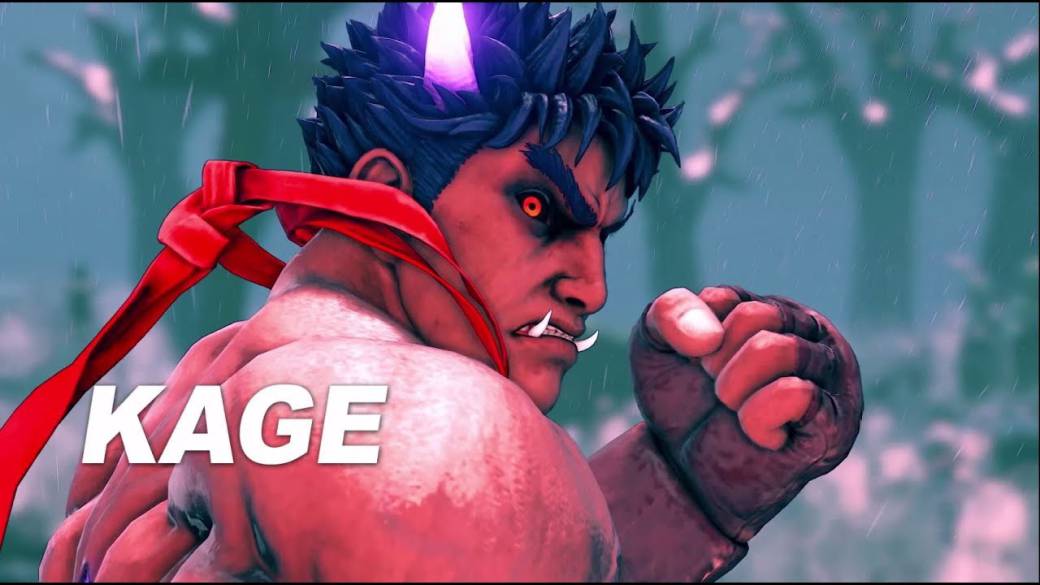 After the grand finale of the 2018 Capcom Cup held this past weekend, Yoshinori Ono came on the scene and Capcom presented the first teaser trailer of the fourth season of Street Fighter V: Arcade Edition, that start now and this brings as main novelty Kage, a new fighter who presents himself as the surrender of Evil Ryu.

A surprise for locals and strangers to incorporate the campus to an evil version of a legendary fighter like this, the incarnation of Satsui no Hado in the protagonist of the series' antonomasia.

Apparently, it will be far more offensive and aggressive than normal, a kind of Akuma equivalent in its wildest version. According to the introduction video of the character, we have at our disposal two Critical Arts and several V-Skills with which they stand out especially in aerial combat.

Balance for all fighters

But the fourth season of Street Fighter V: Arcade Edition not be satisfied to receive this new fighter, but brings with it a rebalancing of others 32 characters, so it is expected that this will also affect the competitive scene of the title. In particular, some like Chun-li, Abigail and M. Bison receive new special moves.

Kage, which is already available € 5.99 through PlayStation Store or in exchange for 100,000 Fight Money, is the first of the next characters to join the Capcom title, which tries to open space in the genre of fighting in a generation of consoles where we have great exponents on the table monopolizing all the popularity.

You can read our analysis of Street Fighter V: Arcade Edition here. The title is available on PlayStation 4 and PC.