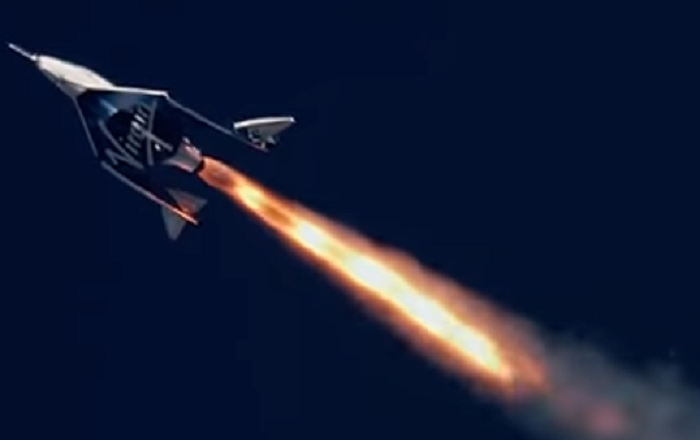 The US company Virgin Galactic, specializing in the development of technologies for space tourism, has again tested its VSS Unity device. The video of these essays was posted on YouTube.

Initially, the ship rose to the altitude of 15 kilometers with the help of the aircraft carrier WhiteKnightTwo. Later, pilot Mark Stucky and his co-driver Frederick Sturckow turned on the device's engine and it reached record altitude and then landed on the runway in Mojave, California.

Although at Virgin Galactic it considers that the space begins at an altitude of 80 kilometers, several aerospace organizations determine that the limit of the space is located to about 100 kilometers.

More: The Virgin Galactic aircraft arrives in the mesosphere for the first time (video)

VSS Unity is the second spacecraft of the SpaceShipTwo class. Virgin Galactic is actively testing the new device and has already performed four test flights.