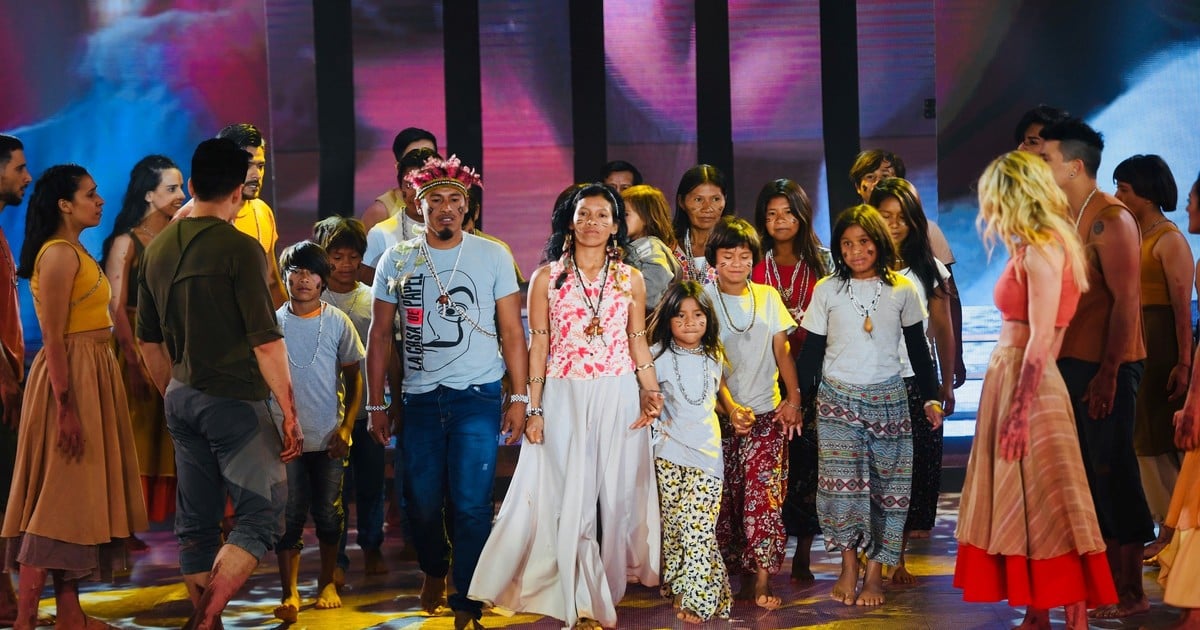 In "Dancing 2018"in"ShowMatch"(El Trece) followed the homage round at the beginning of the broadcast, Jimena Barón honored Aretha Franklin; and Mica Viciconte, one Ricardo Fort . Then, with the presence of a group of former Falkland fighters in the study, Cinthia Fernández and Gonzalo Gerber paid tribute to those who fought in the war of Falkland Islands.

Marcelo Tinelli, he moved, he told ex-combatants: "With the colimba, I was very close to what this fight for Malvinas. Thank you for everything and thanks for always bearing in mind the memory of our Malvinas"

"The choice of theme was my idea, do not ask me why, Marcelo … had to happen," he explained. Cinthia one Tinelli, who said he was excited to see one of the rehearsals of this choreography. In addition, the driver insisted on the need to continue claiming that the Falklands are Argentine.

The choreography of Cinthia Fernández and Gonzalo Gerber, among other contributions with the wonderful voice of Evangelina Rebozzio, she had participated in 2005 in the segment "30 seconds of fame" in "ShowMatch"

"It is a great responsibility for us to dance for them" is excited @ SoledadFandinque that today honors the aboriginal community of Ita Poty Miri pic.twitter.com/OOQQn39oae

The choreography generated a great emotion in all those who were in the study of "ShowMatch"The jury qualified it with 27 points. homage to former Falkland fighters:

The fourth couple to get out on the track was the Soledad Fandiño and Nicolás Villalba. They paid tribute to the Aboriginal Community Ita Poty Miri, of Puerto Iguazú, Missions, which they represent in the dance contest.

After the choreography, a member of the Ita Poty Miri indigenous community Marcelo Tinelli in relation to the reality that live in Puerto Iguazú. The driver promised that "beyond the construction of the classroom for which Soledad dances in the contest, somehow Let's take care that they have clean water."Tomorrow, the first thing, let's take care of it," he said, and at the end of the broadcast, he said he received a message from the AMIA Foundation who wants to add their help to cover this need of the Ita Poty Miri community.

Then, as usual, the jury returned. Angel De Brito, whose vote is secret, warned: "Many people will say it is demagogic, but I do not think so, because I saw Sole (Fandiño) work for the dream since the beginning of the contest." This was the choreography of Sole Fandiño and his team, which received 30 points from the jury:

Still indignant at the situation in the community of Ita Poty Mirí, Polino He sought on Twitter by the governor of Misiones and gave the following message: