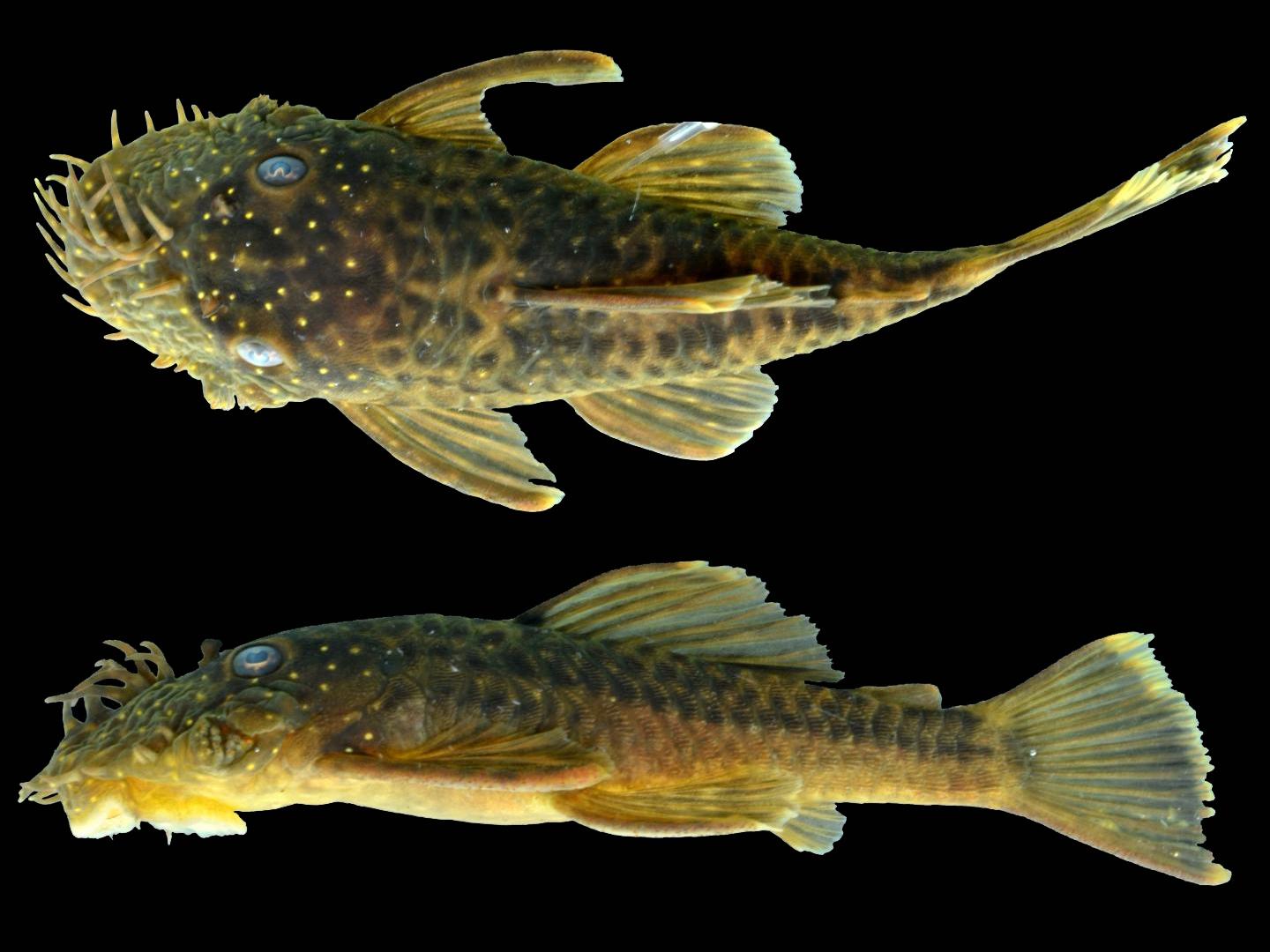 Scientists have discovered six new species of fish with tentacle-covered faces hidden in the waters of South America.

All these unusual aquatic creatures are bristlenose catfish, relatives of the suction mouth species, often used in fish tanks to keep them clean from seaweed.

The fish were identified from specimens collected in the Guiana Shield region, an area that covers parts of Venezuela, Colombia and Guyana.

Dr. Lesley de Souza of the Chicago Field Museum came across the fish while examining museum samples belonging to what she considered to be five species of catfish.

Instead of merely validating the existence of these species, the fish specialist ended up taking the total number she was dealing with until 11 after examining her characteristics and DNA.

"We discovered six new species of catfish from the basins of the Amazon and Orinoco rivers," said Dr. De Souza.

"They have tendrils on the muzzles, they have spikes that protrude from their heads, almost like claws, to protect themselves and their nests, and their bodies are covered with bony plates like armor."

"They are warriors, they are superheroes of fish."

The fish, which grow to about 15 cm in length, use the tentacles on the snouts to assess the quality of potential partners. If males have stunning tentacles, females will see them as high-quality partners.

Dr De Souza and his colleagues documented their findings in the journal Zootaxa.

Scientists said it is crucial to understand how many unknown species are still lurking in the rainforests of South America, as the region is under threat of human expansion and knowledge can be used to defend its defense.

Threats to catfish and their habitats include intensive farming, deforestation and chemicals used in gold mining.

"They are sensitive to subtle changes in the environment, we have seen this in places where they were plentiful and now scarce, this is due to the destruction of the habitat," Dr. De Souza said.

It is believed that the Amazon rainforest houses about 10% of known species, with many other unknown creatures yet to be found.