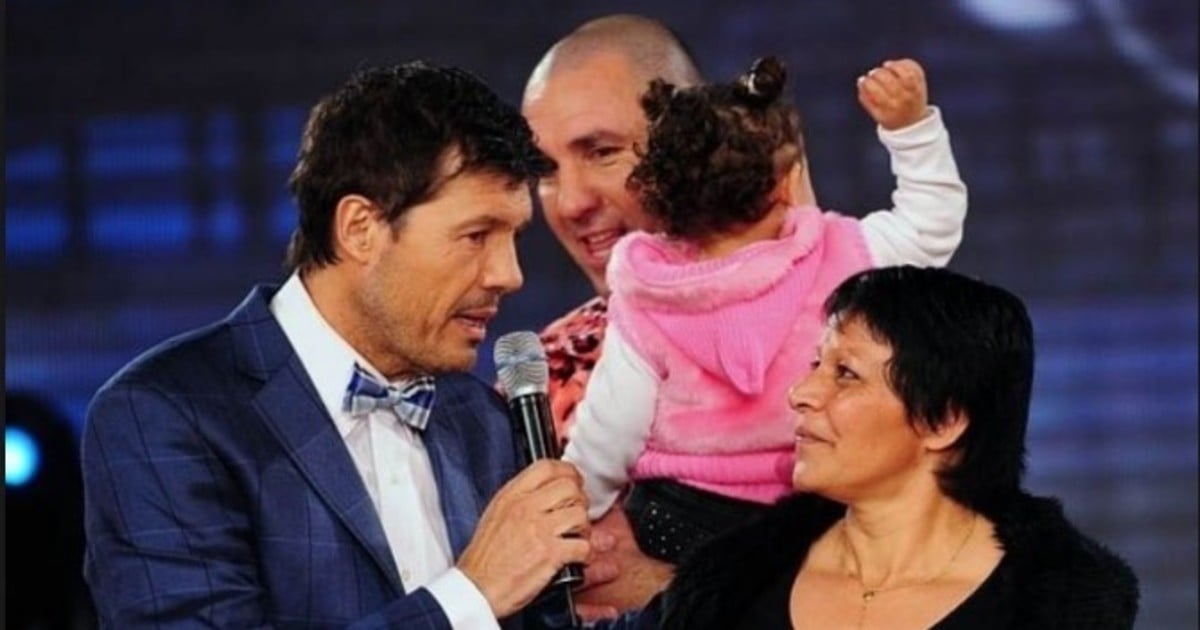 It is certain that in 2011 society was different. Attitudes of past gender violence and the woman's object on television were commonplace. In this context, Marta Galiano, better known as "La Negra" and wife of Mole Moli, participated in ShowMatch.

The previous one that the dancer had in general was passing tell the bondage he had in his house, since – among other things – she had to "cook and do the housework" for her husband.

In each of its participations, Marcelo Tinelli I played with La Negra and she She told him about her husband's demands before dancing, which took hours of rehearsal. "I ate what my old woman cooked and now what she prepares for me," the boxer said from the outside, not caring if his wife had other activities.

The discussion also went through necklines, miniskirts and the way of dressing. "You can call her from the magazine men do a production played like the girls, "challenged Tinelli. "He's going to do whatever I want", convinced the Mole.

Marta Galiano shared sensual dances with her dancer. La Mole did not like that. Capture TV

While Tinelli stressed that "if you have to promote the contest you have to do Play Boy, men or whatever, without asking the husband. "With a nervous laugh, Mole told him that "I do not care about your program, I decide whether it does it or not", replied the boxer.

In another circumstance, after dancing a hot cha-cha-cha with kiss for the included dancer, "La Negra" commented that people ask him on the street to kiss Marcelo, but Tinelli – warned of possible consequences – gave up after the threat of jealous husband: "Caso de Hace for the people that you, that the kick will connect you and not the people"was Mole's crude answer.

Minutes earlier, he had had a strong crossing with Tinelli, half serious half jokingly. "With what you're doing you're putting people against it. Do it, I think it's great, but with my Black, I'm not serious, Culiao. You come to give a kiss to the black, and I'm going to hit a kick in the ass. I'm serious"He threatened the boxer.

"I did many bad things with La Negra and I behaved badly for her many times. But I always loved her.. Whoever you are, even if you own it all, I will not allow it, "said La Mole.

And he added: "She comes here alone to dance.. I'm going to show the country what love is for the family. Did you miss something, how many marriages did you have? "He asked the driver.

Another focus of conflict in the couple occurred in 2010, when La Mole was a participant and told Tinelli that he was fighting with Marta. The driver called the woman live to reconcile them by phone, since She kicked him out of the house for a month..

"She had been facing up since noon and I did not give her a ball." When the night came and she did not make me eat, I ordered the monkey to cut. The food has to be made by her, I make the baked goods"explained Mole.

"The next day I asked what the problem was and she did not answer me. I left in anger. It's been two days since my phone answered"he said.

"The problem is I have to talk to him", explained Marta. "On Sundays he eats chopped, I do not know why he wanted the food," added the black woman.

"I'm not like you taking breakfast to women's beds," concluded La Mole. Despite minutes later, he acknowledged that "at home I am affectionate. I always tell her that I used to be a culiao, but I got myself back into my life. I recomposed for good"

"She knows that I love her, but I can not be like this, I can break my eggs every dayThat's when Marta jumped up in anger: "It's true that we have to talk a lot. Maybe he fell in love with someone else."she added from Cordoba.