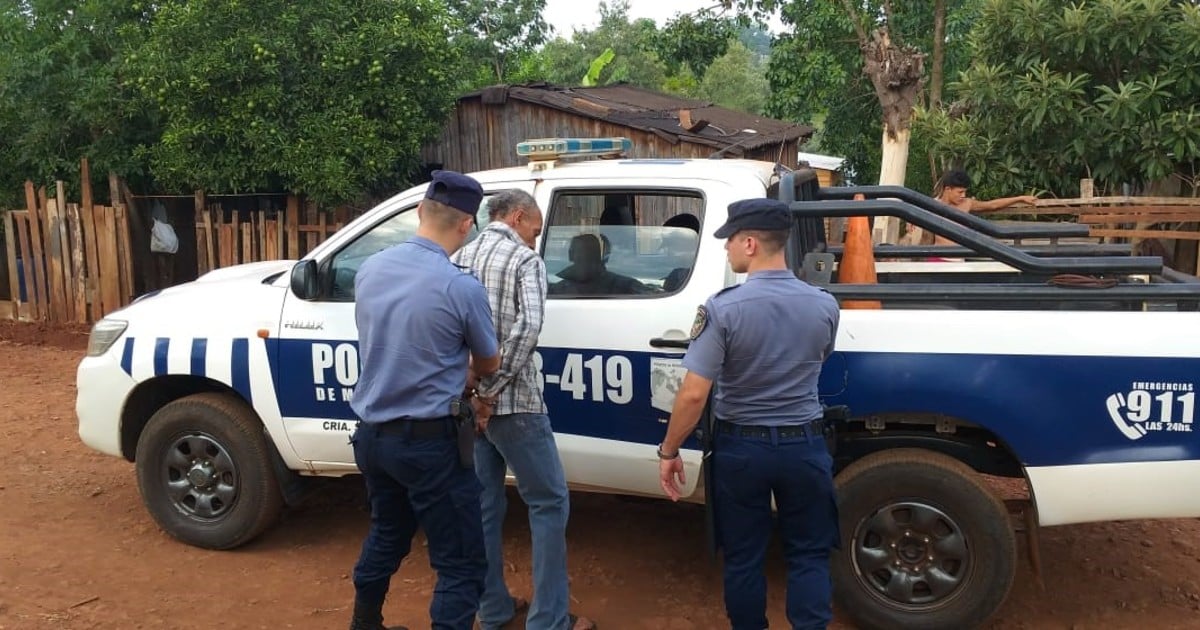 A Brazilian kept locked up with his partner and a small daughter for two weeks in a house in Oberá. The woman took advantage of a man's He asked for help from a neighbor, who was in charge of alerting the police.

The complaint left open a long history of ill-treatment, threats and violence They suffered the 29-year-old woman and her five daughters, four of whom had been under the care of an aunt since the end of January.

The violent turned out to be Abel Antúnez, who referred to being Brazilian, 53 years old, although you do not have documentation or register legal entry in the country. The accused was detained at the disposal of investigating judge Horacio Alarcón, who is now suing a lawsuit that could lead him to prison for a long time, since he is accused of the crime of illegitimate deprivation of liberty, in addition to family violence.

A photo of his eight-month-old daughter's chickenpox was what prompted the victim to overcome her partner's fear and ask her neighbor for help. It's just that the man did not let her out or take the baby to the hospital to receive medical attention.

When the police arrived at the Barrio Nuevo house, the man went out to meet the agents and denied any situation of violence. Even he tried to resist when the officers of the Third Section and the Police of the Police of the Woman asked to him to enter the house to verify if in fact the woman was not there against its will.

The Brazilian, who had a history, but only by contrary acts, was handcuffed. The woman with her baby was released. Both were taken to Samic Hospital, where they received ambulatory medical care and returned to their home.

With due restraint, the victim filed a complaint and one of her sisters confirmed that the entire family had been subjected to maltreatment per man. To such a degree came the situation that the woman's four oldest daughters – they are between five and thirteen years old – had moved in with her aunt two weeks earlier, just hours before her mother was locked.

The sister said that she decided to take care of the minors when they realized that they were very neglected and they were victims of human maltreatment.