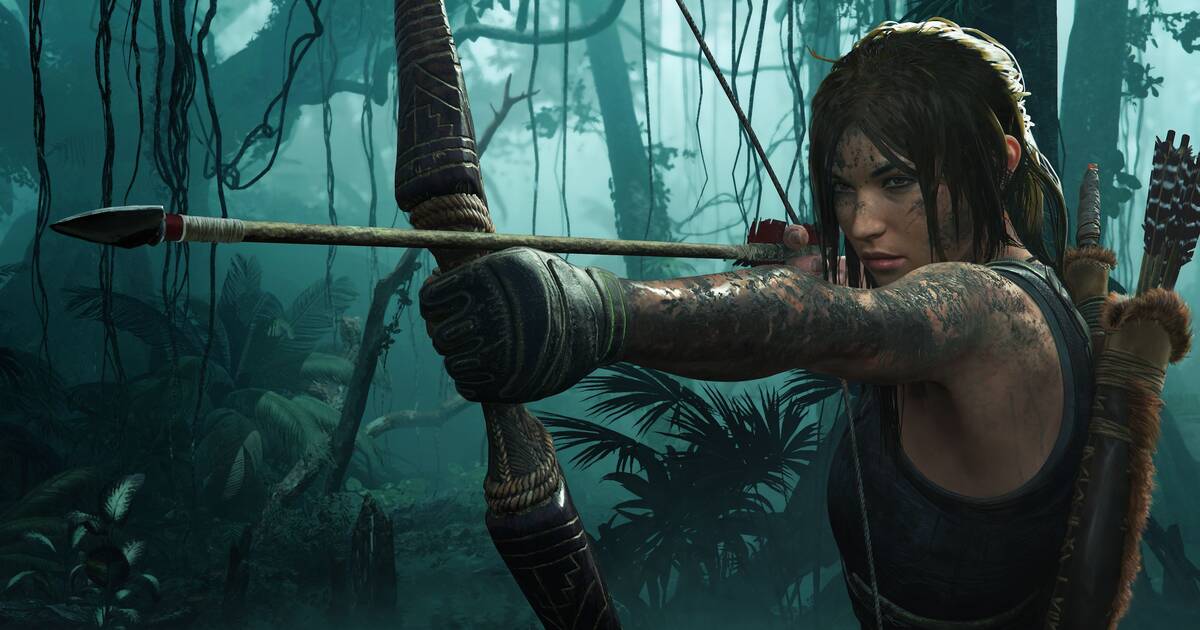 I've been playing Tomb Raider since 1 in psx, and there's something I do not understand about people who advocate this Tomb Raider as a "return to the first" or less "uncharted." Maybe I'm lost or I've been wrong all my life with the concept offered by the Tomb Raider games or not, but from my point of view, this last installment is a wish and I can not go on, and in all this it reminds me of the old tomb raider. For me this game has more shadows than lights and explains why:

The NPC and many minor ones give shame and pity of how small curran they are (many animations are psimas) and a game like Tomb Raider that is "almost pasillero" I do not understand how at that time of generation it presents this type of NPCs when exist world games open that has secondary characters and NPCs very accomplished and healed. Is it that many take you completely from history, and that takes away the credibility of the environment and the environment that have been worked on?

Animations recycled and some completely worse than the previous two games of this trilogue. The animations of this Tomb Raider of Lara I notice them much below those of the Rise, and some that even they want they improved they did not change (I hate that when reading a document, treasure or monolith when you give to the circle to cancel does elusive that strange Gollum looks, I do not know, they can improve and prevent me from doing this when you cancel these things). And not just the animations, but the control of Lara, in that I realize that it is coarser, less fluid, more imprecise. There are many times when the game crosses the lining in the heels as you tighten the square to use the ice ax, times when everything is very heavy. Yes, it is true that in this edition the jumps were less scrupulous and now require more precision, handling and control, but I realize that Lara is more uncomfortable to manage than in the previous two.

History: very, very, very, very loose, of the three that were presented with this reboot, which caught me the smallest and the heaviest I have. Look, Rise is a bit smoky but that's it, from my point of view it's totally wasted. They sold me this trilogy as the resumption of Lara Croft, how it will become the Tomb Raider that has to be and that is destined to be, that we will see all the transformation of Lara, its journey, its maturity, etc. And in the end I did not see anything. And that must be closing the saga, peak, great, and showing us the Lara we all know, gives us a kick in the eggs and nanai. They offer us a Lara more of the same as the Rise, flat, almost unmotivated and even in some "silly" times when Lara has always been to see them come, surely, to follow their instinct. They want to sell us a more visceral Lara Croft, but that's hardly the case. They did not take any advantage of the ideas they proposed with this trilogue, and everything went from bad to bad.

And yes, I'm very disappointed by this trilogy, how they've taken those three games, and how they're treating Lara's character. And no, I do not see anything that is more Tomb Raider or a return to the first, just because they added more tombs (this is very good, very challenging, but very repetitive and almost without any incentive). I do not know if I play another Tomb Raider or not, but for me Tomb Raider is not just summed up in tombs and I explain:

For me, Tomb Raider has always been a mixture of platforms, "action" (I put quotation marks around and now explain why), puzzles and exploration. What do I mean by action? So simple, how many of us did not like to catch the two uzis and go to frer the enemies, the jaguars, leopards etc? How many of us did not like to catch the desert eagle? Even killing scorpions with the two pistols in The Last Revelations.
Tomb Raider has always had a share of action and shootings (blessed trick of having all weapons in TR II, III and IV), killing Pier and Larson, facing Seth, pursuing motorcycle in the last revelation, getting telescopic sight, were part of the fun of the Tomb Raider (of the first). Lara leather sheathed in TR III and V, with MP5, was orgsmico. And what did they do? Not only did they remove their emblematic pistols, but even with the closure of this new trilogy they were returned (both weapons are Lara's identity), but we also traded them for two ice axes and a fucking bow (sorry). , but this is what I hate since in every game we put a bow to everything, this seems like the game of hunger). They turned our current Lara into an attempt by Katniss on the white brand starvation games.

Then the vehicles, another thing that was loaded and that were part of the essence of the Tomb Raider, the boat in TR II, the quad of TR III, the bike, and here in this new saga we did not get anything, 0 vehicles. Am I the only one who loved getting to area 51 on TR III with the quad? It's just that they did not even go back to Lara.

Villains and bosses. GOD, is that having references like Von Croy, Seth, Natla and we can not offer us a boss in conditions in these three games. I laugh at the trinity. Even the headless rider TR V gets annoyed with the "pseudo-villains" they've tried to put us in now. No rush of confrontation (fight Seth in the Pyramid, while you solve the levers, confrontation with the T-Rex, etc.).

It is very sad not only to have been wasted this reboot, but as above they eliminated at one time the most characteristic things of the saga. And yes, I can not help but feel like a kick in the stomach every time I read that this Tomb Raider Shadow is misunderstood because it is the closest thing to the ancients. I'm sorry, but I do not buy this argument. Even The Dark Angel was more revolutionary in attempting a darker, more adult story and yet it was more Tomb Raider than the whole trilogy put together. They had a great opportunity to make a big saga, explain the De Lara transformation, approach the character and see how it became the Tomb Raider we all know and in the end it ran out of bellows and being a white mark of Nathan Drake. …

I feel the blow of the text, but I needed to vent the xD because I am very angry and disappointed with this course, and I see that both the first and the Rise that I "liked" but with this Shadow, sorry, was to take it and I'm bored with an oyster