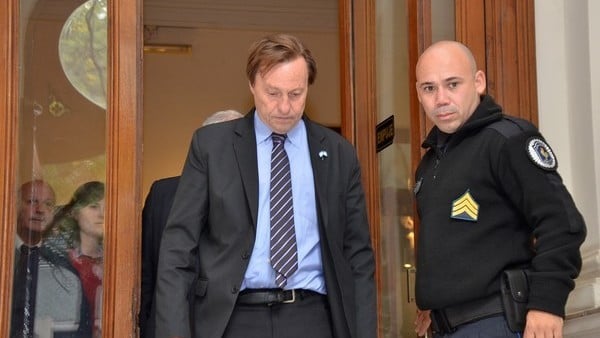 The mayor of Paraná, Sergio Varisco, sued for drug trafficking, was hospitalized with respiratory and cardiac problems, officially reported from the municipality of this locality.

According to a statement, the community chief "attended the Military Hospital by his own means, where he planned to carry out medical studies due to a medical condition that had worsened in recent days."

"After the planned analyzes and interventions of the health professionals, to deepen the studies and to carry out more exhaustive examinations, The doctors considered it convenient to transfer them to the La Entrerriana sanatorium, where it is at the moment, "the part continues.

Finally, the statement states that the mayor "is compensated and its evolution is followed and closely monitored by hospital doctors. "

Varisco, a former national deputy for the radicalism that won the Cambiemos elections in 2015, is being sued for "financing of drug trafficking activities"And" embezzled ", that is, to buy drugs with the money of the Municipality.

In court, there is evidence that incriminates him in buying six loaves of cocaine along with other municipal officials for Daniel "Tavi" Celis, a leader who campaigned for the mayor and would have commanded the organization of the jail.

Celis, moreover, is one step away from going to trial in the case of the "narcoavioneta" that brought marijuana to Entre Ríos to distribute in the municipal garbage trucks.