Far is the name of Meghan Markle to escape the controversy and is that after the rumors of his bad character after the resignation of several members of the Royal House team, his half-sister Samantha accused the Duchess of the Christmas card that every year sends the royal family. father of Meghan, Thomas Markle He resorted to begging for Queen Elizabeth II to intercede in the relationship with his daughter. 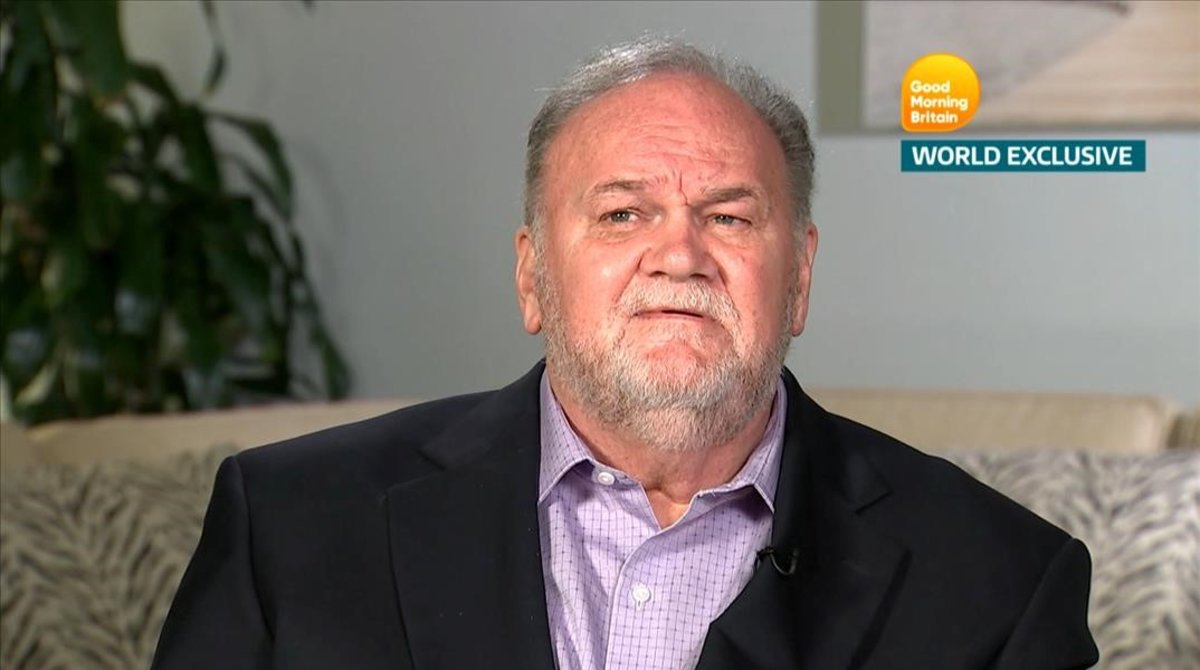 The former Hollywood lighting director gave an interview to the TV show "Good Morning Britain," where he once again talked about the silence that Prince Harry's wife has with him. In the middle of the conversation, he reiterated that he sent messages and calls every day to the old phone number Meghan, but could not communicate. He also asked the monarch to mediate and make his daughter understand that "any family, real or not, should stay together, especially at Christmas."

And while he did not stop giving interviews to the media, Thomas Markle added, "I do not intend to spend the rest of my life in silence. I really love my daughter and she should know that, and I would appreciate it if she called me, just to contact me.There must be a place for me … I'm here, she knows it.I need you to contact me. "

For her part, the Duchess of Sussex he did not like the postcard that royalty sent for the holidays, where Harry and Meghan taking advantage of the fireworks after the wedding ceremony last May. Samantha criticized the expectant mother for turning her back on her loved ones, especially her father Thomas, as she does in the image of Christmas.

The last statements of Meghan's father generated mixed reactions. Some support him and think that she is being too hard on him while others believe he is just after money. The Daily Mail says Thomas received a significant amount of money in exchange for his intervention on the show, but Piers Morgan – host of "Good Morning Britain" – says the man was not paid for the interview.