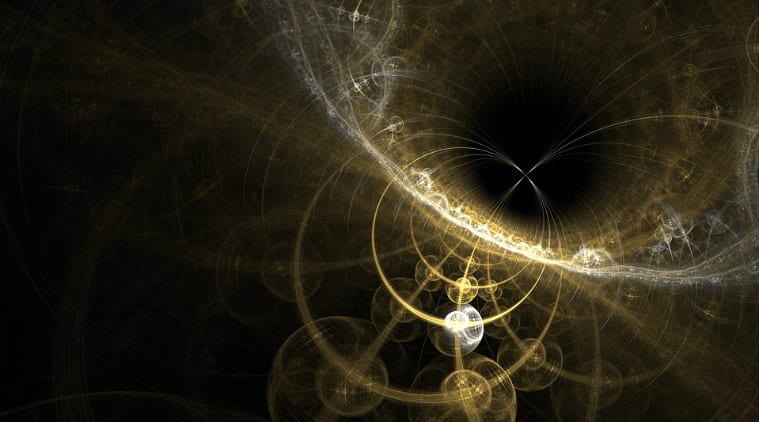 Neutrinos are cosmic particles which are often referred to as "ghost particles" as they are extremely volatile and can pass through any kind of matter without changing. A new study, published in the journal Physical Review Letters, suggests that these neutrinos can be 10 million times lighter than the mass of an electron.

Neutrinos are scattered across the universe and they have almost no mass. However, scientists have now calculated the mass of the lightest type of neutrino, which is about 10 million times lighter than an electron. Calculating this mass can help with the research of the dark matter, dark energy and the structure of the universe.

The researchers used the supercomputer, known as Grace, at University College London to create a mathematical model. Grace crunched half a million computing hours, which would have taken 60 years on a single processor.

Neutrinos particles are highly energetic but have no charge, and even the most powerful magnetic field cannot affect them. They can travel through the most extreme environments, like stars, planets and entire galaxies, and remain the same.

Earlier scientists found that neutrinos travel near the speed of light and a CERN experiment suggested that these particles could possibly surpass the light speed. However, it was later found out that it was false owing to a piece of faulty testing equipment.

“A hundred billion neutrinos fly through your sun every second, even at night,” said Arthur Laurel, study author and PhD student at University College London's Physics & Astronomy department. “These are very weakly interactive ghosts that we know little about. What we do know is that as they move, they can change between their three flavors, and this can only happen if at least two of their masses are non-zero. ”

Scientists and observatories around the world were able to trace the neutrino to a galaxy, which carried a supermassive rapidly spinning black hole, blazar. A blazar is an active galactic nucleus with a relativistic jet composed of ionized matter traveling at nearly the speed of light directed very nearly towards Earth. The galaxy is about 4 billion light-years from Earth and it sits to the left of Orion’s shoulder in his constellation.

Last year, scientists traced the origins of a high-energy, tiny neutrino for the first time, which had traveled 3.7 billion light-years to Earth. It was found by sensors deep in the Antarctic ice in the IceCube detector.

Different types of neutrinos appear as three different masses, but the lightest one was unknown until now. And astronomers still don't know much about the differences in these three types. However they say that all three types are always present but in different ratios, and the changing ratio-and the weird behavior of the particle-can only be explained by neutrinos having a mass.

Scientists used data from 1.1 million galaxies, collected by particle physicists and cosmologists, in order to calculate the low mass of the lightest neutrino. This allowed them to measure the expansion rate of the universe. Neutrinos may be prevalent in the universe, but these are hard to spot. That's why scientists required as much data as possible for research.

“We used information from a variety of sources including space and ground-based telescopes observing the first light of the Universe, exploding stars, the largest 3D map of galaxies in the Universe, particle accelerators, nuclear reactors, and more,” Loureiro said. "Neutrinos are abundant but tiny and elusive, we needed every piece of knowledge available to calculate their mass and our method could be applied to other big questions puzzling cosmologists and particle physicists alike."