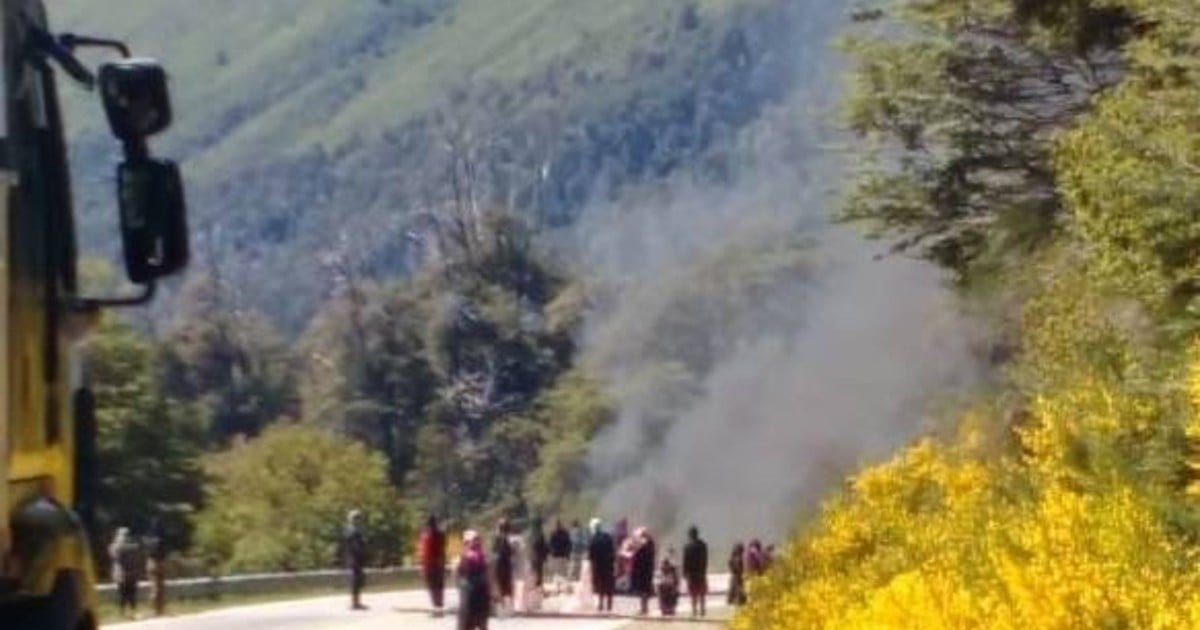 Experts from the Public Ministry of Salta complained that Bariloche Atomic Center They hid important information for the Federal Justice investigation into the death of Rafael Nahuel, who died in Mascardi in 2017 during a town hall operation.

In a report, it is noted that the experts hid in one of their reports that the young man had remnants of gunpowder in your hands.

Clarin agreed with a reserved document in which the Forensic Chemistry and Forensic Service of the Tax Investigation Body (CIF) of the Related searchesdenounces that the experts of the Department of Materials Characterization (from the center of Bariloche) manipulated the data delivery so that it is not properly notified about the presence of a fulminant at the Nahuel extremities.

The powder particles were detected by the Atomic Center specialists, but "Uninformed", concluded the Salta.

The existence of a fulminante pays for the official version of the Albatros group that on November 25, 2017 there was a armed confrontation at the top of the property, the product of which the young man died.

In its resolution of yesterday, in which sued five albatrosses and the Mapuches Lautaro González and Fausto Jones Huala, who are fugitives, the federal judge in Bariloche Leonidas Moldes emphasizes this fact that, according to judicial sources consulted, could lead criminal complaints against scientists.

"It is noteworthy that other characteristic and consistent particles were also detected and analyzed, although they have not been reported," the magistrate said in relation to the study presented to the federal judge subrogating Gustavo Villanueva in March 2018.

"Section 7.1.4 of the reference standard used for the study indicates that consistent particles are those that may be associated with an injection," adds Molds.

According to experts in Salta, the DCM team did not report in the chapters that accompany the annex (with the raw data) about the particles in Nahuel and recorded in smaller numbers those found in Jones Huala and González.

In its resolution, Judge Moldes also ratifies the abundant presence of flashing remains in the clothes of the Mapuches discovered in new studies.

"The CM technical report does not mention those particles that may contain some combination of two of the three sought elements (Sb, Ba); (Pb, Sb) and (Pb, Ba), nor those that may contain (Ba, AI) nor those containing (Ba, Si, Ca). Particles from unleaded primers are not considered in the study, "says the SIM document.

So, this shows that there is a gap and an inconsistency in the story of Bariloche. That is, the particles of barium, antimony and lead nitrate were not mentioned.

The DCM analyzed 52 samples corresponding to 11 individuals. Three of them civilians and eight others belonging to the Albatros group.

This newspaper confirmed that Judge Villanueva had already taken note of the ethical lack Barilochenses and analyzed what judicial measures could be relevant.

However, late last November, Judge Moldes brought the case back into his hands. "It's a fact very serious, "The scientists detected the particles but did not report them, and now the analyzes of Salta and the National Gendarmerie confirm the presence of dust particles," said Fernando Clarazo, legal adviser to the Ministry of Security, led by Patricia Bullrich.

The director of DCM is Dr. Adriana Serquis, known for her adhesion to Kirchnerism. On his Facebook he called the Macri government "Dictatorship". The Clarín tried to communicate with the authorities of the Atomic Center. There were no answers.