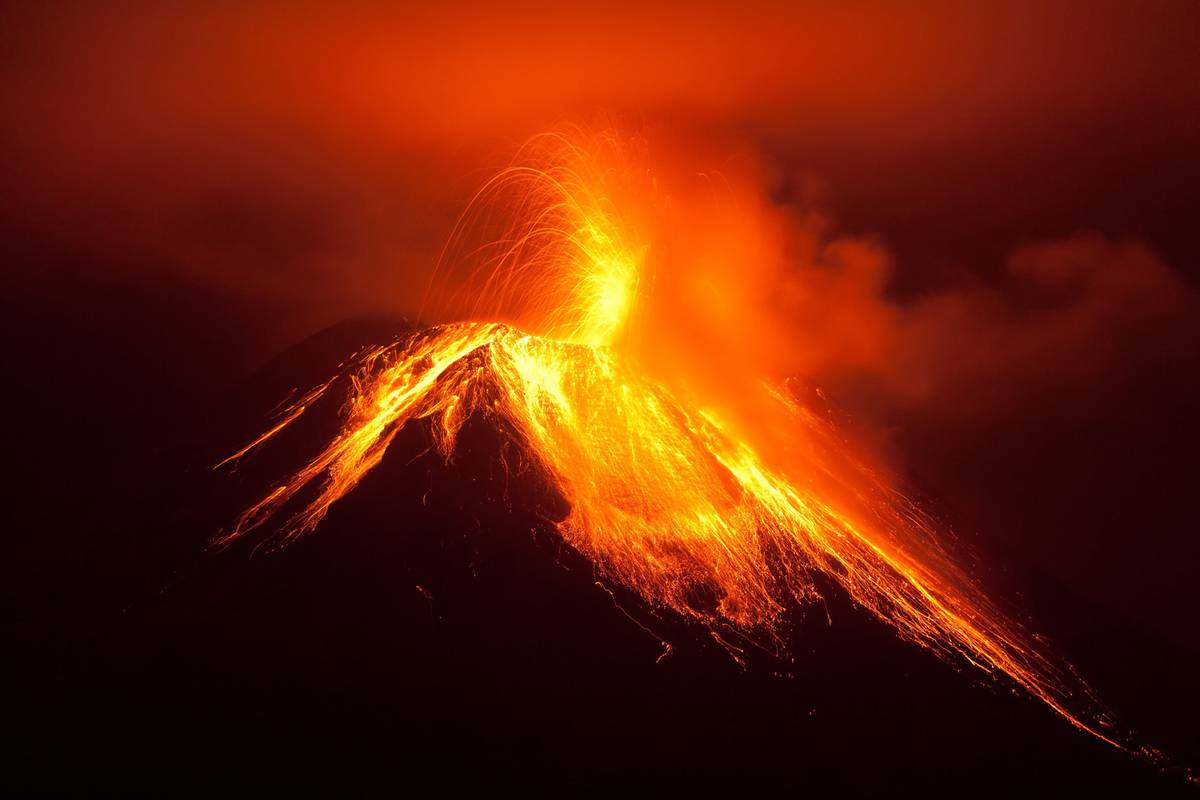 Scientists think they have discovered the dominoes that have led to the greatest mass extinction on Earth and fear that man-made climate change will put the planet on a vaguely similar path.

About 250 million years ago, about 90% of marine life and 70% of terrestrial life were extinguished in what is now called the Great Death.

Scientists have long speculated that massive volcanic explosions triggered the cataclysmic event, but how that worked out was still a bit confusing.

It was not the lava itself. A new study published in the journal Science used complex computational simulations to delineate what happened after the volcanoes exploded: this led to ocean temperatures rising by about 11 degrees Celsius, which then deprived sea water of oxygen.

After the volcanoes exploded, the level of carbon dioxide rose to a level more than 12 times higher than today, said lead author of the study, Justin Penn, an earth science researcher at the University of Washington.

Water loses oxygen when it warms, just like a hot can of cola has no effect, Penn said.

Scientists have analyzed dozens of modern species to see what happens to them in warmer, oxygen-depleted waters that have helped them understand the extinction of the past.

One of the keys to the research is that more species have died away from the equator. That's because tropical species were more accustomed to low oxygen levels, Penn said.

While humans are not heating the Earth anywhere near what happened naturally 250 million years ago, "this puts our future in the category of contenders for a real catastrophe," said study co-author Curtis Deutsch, a scientist of the Earth. University of Washington.

The old extinction "shows almost exactly what is at the end of the road we are in," Deutsch said. "We are actually doing the same thing with the Earth's climate and oceans."

The study estimates that if carbon dioxide emissions continue to drop to their current levels by the year 2300, the planet will suffer from 35% to 50% of the level of extinction observed in the Great Death.

Leeds University paleontologist Paul Wignall said no current scenario of global warming predicts 20 degrees of warming in coming centuries, so it could be millennia apart.

However, even a 10 percent event as bad as the Great Death "would be terrible," said Wignall, who was not in the study.

Other outside scientists said the study provides a frightening glimpse of the possible future of Earth.

"As we are heating the Earth rapidly, the results of this study can be very useful to understand" what happens to life in future oceans, David Bottjer, a scientist at the University of Southern California, said in an e-mail.