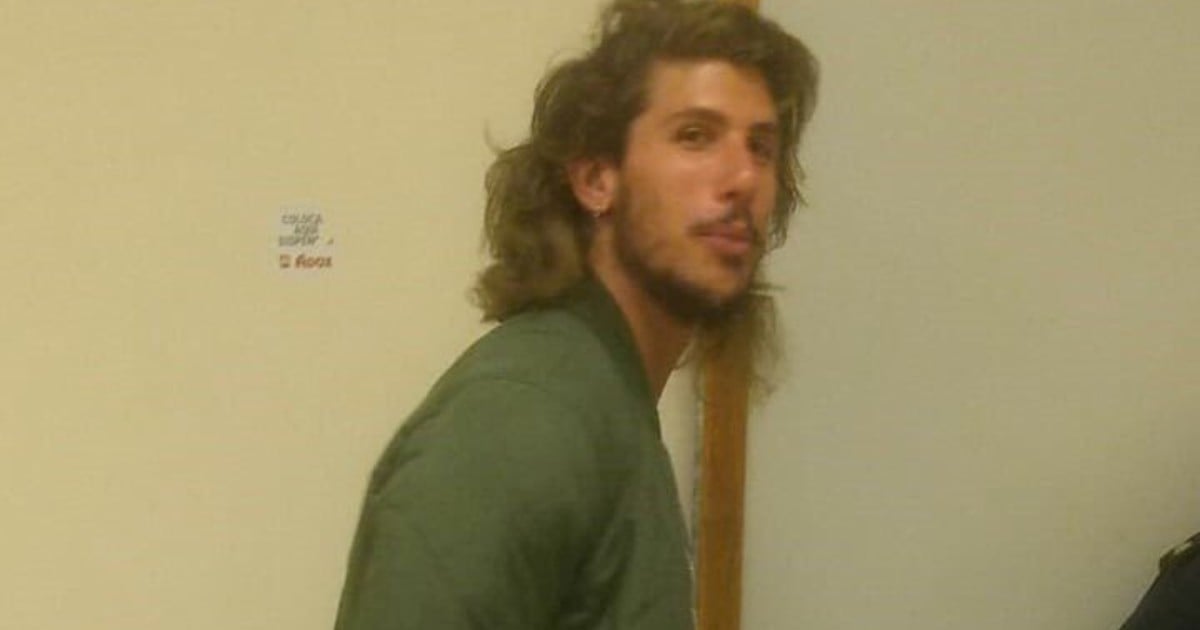 Frightened, disoriented and dirty. Under these conditions, Rodrigo Eguillor (24), son of a prosecutor accused of sexual abuse and other crimes, entered the Roberto Petinatto prison in Olmos, fifteen kilometers west of downtown La Plata.

The prison authorities at that accommodation center tried to reverse their emotional and physical state. They gave him "toiletries", approached him to a therapeutic assistant and delivered him in a pavilion where they remain detained. others charged with sexual offenses.

He arrived wearing the same clothes he wore when he was arrested at the Ezeiza International Airport, when he was apparently preparing to travel to Spain to, he said, attend the Copa Libertadores final. "He does not register personal belongings," says the Eguillor registration form for the penitentiary

After the interview with the professional and his passing through the showers, "he calmed down," as they said Clarin sources of the Penitentiary Service. There he related to those who had close to him he was "fought" with his mother, the promoter of Criminal Execution of Lomas de Zamora, Paula Martínez Castro. He did not explain the reasons for this family conflict.

In addition, he clarified that it would be his father who would visit him and carry out the necessary administrative procedures. On Wednesday night, when they left him in an individual cell in the "aggressor's" wing, he did not know that in the early hours of today, Horacio Rhyb's Court of Guarantees 2 by Esteban Echeverría, I would arrange your release.

Eguillor arrived at the prison complex in Olmos with an arrest warrant for the crime of resistance to authority and aggression against members of the Airport Security Police (PSA) who notified him of the cases that charged him in the provincial courts. The process of sexual assault against Lourdes Segura in his apartment in San Telmo – which exploded on social networks and placed him at the center of the media scene – and other causes have not yet made clear progress in the respective courts where they are followed.

This morning, Fernando Burlando, Segura's lawyer, reported that they will seek the arrest of Eguillor for the episode of San Telmo: he will accuse him of Unlawful deprivation of liberty, serious injury and. And he will do it before the Justice of Buenos Aires, in the prosecution 22 in charge of Eduardo Cubría.

On Eguillor's only night in a prison dungeon, no one asked for him. None of the families approached. He dined on pasta noodles and early in the morning he was checked by a doctor to check the plaster They put it on one of his legs.

He was only awakened a few minutes after six, slept little. "He woke up several times in the middle of the night," was the report of the guards who made the nightly revisions.

The face left the gesture of fear when they informed him that at noon he would regain his freedom. But Eguillor could have other nights of confinement if Justice proceeded on the serious charges of his extravagant and violent relationship with women.