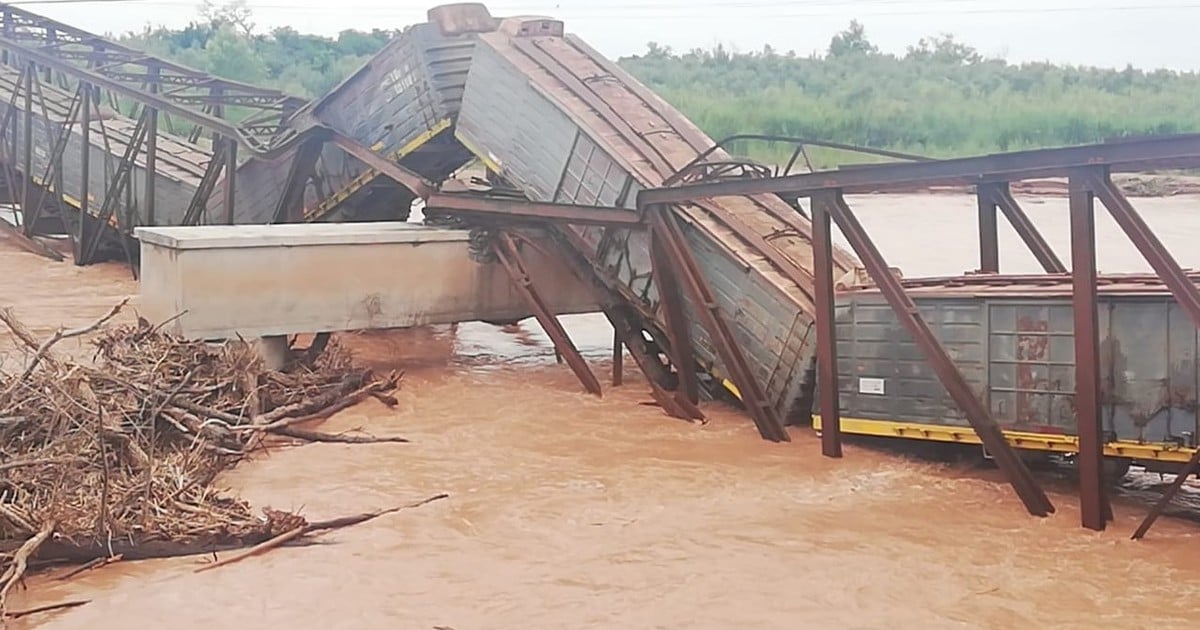 A railway bridge located at the intersection of the Colorado River at the height of the city of Pichanal in Salta, collapsed as soon as a train passed of Belgrano's loads.

The event occurred on Friday at 11 am, when the iron structure yielded by the weight of the formation of 13 wagons, which transported sugar from Tabacal to Pichanal, to the north of the provincial capital.

"The metal structure collapsed in two sections of the 300-meter railway bridge that the Belgrano Line crosses over the Colorado River," Trenes Argentinos Cargas reported.

The company added that "when crossing the bridge located on the secondary road of the C16 branch and giving access to the Tabacal mill, 11 sugar-covered wagons got stuck, and the 9043 train brought 13 wagons from the Tabacal mill to Buenos Aires."

As reported The TribuneThe engineer exclusive occupant of the train, without damage He uncoupled the locomotive and gave notice of the accident to 911.

The bridge had already given way in 2016 after a storm of heavy rains and flooding of the Colorado River. Its iron structure and concrete bases were repaired and several resistance tests were performed before being reactivated in August 2017.

It is a key link for the city of San Ramón de la Nueva Oran, second largest city center of Salta, located a few kilometers from the place.