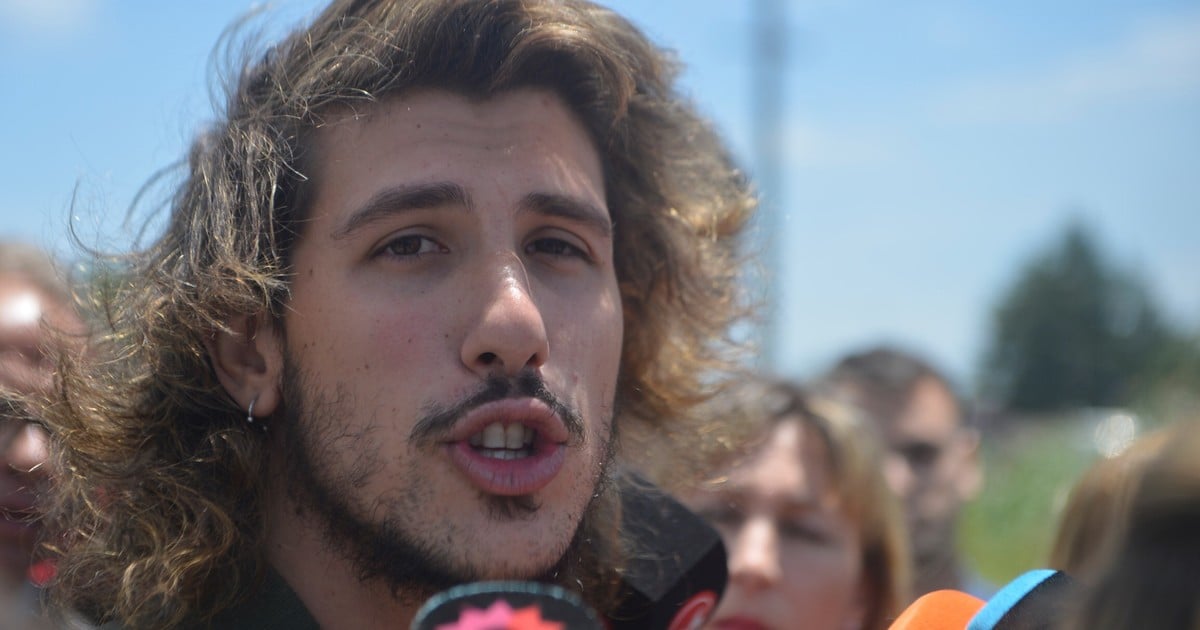 Two days before fighting with Lourdes Segura, 21, on the balcony of his apartment in San Telmo, Rodrigo Eguillor (24) had reported sexual abuse to another girl. Also younger.

As confirmed for Clarin of Prosecutor No. 11, who is conducting the investigation of the case, the former public relations officer who on Thursday recovered his freedom, ratified in Court No. 37 the complaint made on November 13. Although details can not be disclosed – for victim protection – in addition to sexual abuse, Eguillor said he suffered "harassment."

The complaint reached the court of Silvia Ramond and passed instructions to the Public Prosecutor on Paraguay Street, 1536. The case is still pending after investigators asked Eguillor for more information about this episode. "That did not happen in that department of San Telmo," sources said. The defendant has not been investigated yet.

Rodrigo Eguillor's departure from the City Hall of La Plata after a night of prisoners.

This is the second charge that the son of the Public Prosecutor, Paula Martínez Castro, formalized this year. Also denounced by coercion to his own father, in the court of Instruction No. 7 Buenos Aires, for wanting to practice in neuropsychiatry.

Eguillor's father is a 54-year-old entrepreneur with address in Ezeiza, but who is well-known among the residents of Canning. He ran a barbecue in Sargento Cabral Street in that city of Buenos Aires.

After spending a night in Alcaida III of La Plata, by order of Judge Horacio Rhyb, after his release, he reiterated that he is innocent and said that they have no evidence against him. And he said he was "sorry" for his life on the Instagram.

While Fernando Burlando, lawyer of the girl on the balcony, prepares the evidence to request the arrest of Eguillor, this Friday Marcos Torerolo, the young man who lived with the accused in San Telmo, made a statement. As you should know Clarin He also referred to women in a deprecatory manner, in addition to saying "mines", "mines", all the time.

Between the two there is no more friendship. Eguillor refers to him as "ex-friend". Marcos was in the same two-room apartment where, according to the plaintiff, the former public relations officer had forced her to have sex twice and without a condom.

After a sexual trio, as the defendant said, he would have left with the only set of keys to the house. So, although the police and Lourdes's sister had arrived, they had to break the door with an ax.

"Lourdes says there was some complicity between Rodrigo and his friend, and they show a video about sexual coercion (recorded by Marcos)," said Burlando. Upon completion of Mark's statement, he will decide if he is also going against him in court.

The de Lourdes joins two other causes of Eguillor as an accused: one for abuse and the other for grooming (participating in conversations in networks with minors for sexual purposes).

The abuse is 2016 and is in the Oral Court on Criminal and Corrective No. 9. By this expedient, the young person will go to trial accused of "dishonest abuse", after the denunciation of an employee of the Casino of Buenos Aires. The girl on the porch is the most serious procedural level, for the crime of "aggravated sexual abuse" and "injuries."