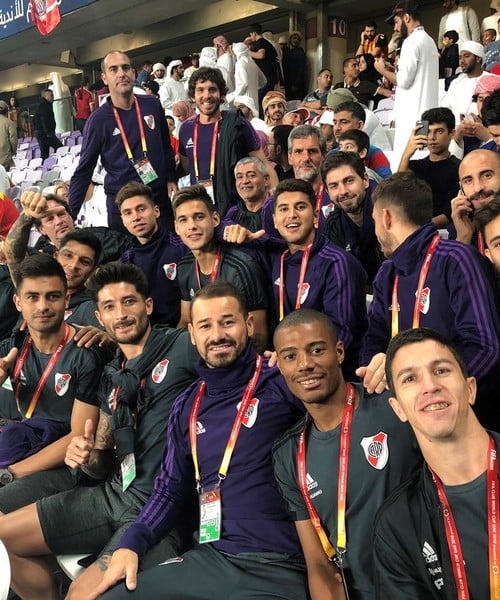 So the morning workout at Al Ain training camp, players and technical staff of Rio were present at the Estadio Hazza Bin Zayed to analyze live and live what will be their rival in the semifinals of the Club World Cup, this Tuesday from 13:30 (Argentina time). The duel will be on the same scenario against the host, Al Ain.

River's team wants to know who their rival will be

There, the whole delegation witnessed the match between Esperance of Tunisia, African Champion, and Al Ain, who came from the elimination of Team Wellington and this Saturday he remained plugged and thrashed 3×0. Millo will then try to enter the final against the team being played by the local sheikhs.

What conclusions could Gallardo take? Without the hierarchy of the big figures, the Arab team tries to be tidy, with the ball on the ground, and the ball stops in attack. He also proved to be spicy at the time of the counterattack, but was not as firm on the last line.

See also: The majestic stadium from inside (and outside)

The objective Shahat for the second of Al Ain