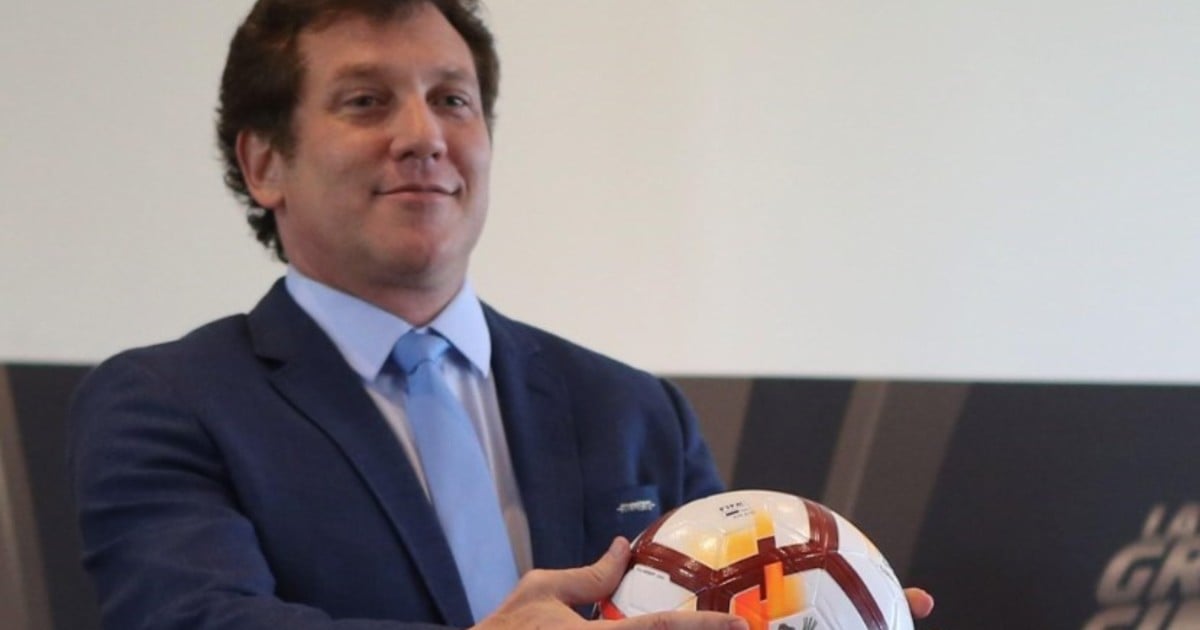 Before the meeting next Tuesday that will keep in Paraguay with the presidents of Boca and River, the head of Conmebol, Alejandro Domínguez wrote a letter in which he repudiated the events of last Saturday: "Football is not won with stones or aggression; is won by the players on the court"

In addition, he called Rodolfo D & # 39; Onofrio and Daniel Angelici, and their respective leadership colleagues, so that "understand that the responsibility they have in their hands goes far beyond just defending their colors and the interests of their partners"First of all, they have a responsibility towards South American football, often devalued and criticized in our countries, but enjoyed in the rest of the world," he said.

"On Saturday, November 24 will be remembered in the history of world football for all the wrong reasons. It was to be a final of CONMEBOL Libertadores for the memory, the last one in roundtrip format. In the end, it ended up being a day that should fill us with sadness and shame; something that should trigger a deep reflection and a serious self-criticism in all the properties, not only of the soccer, but of the society.

Despite the pre-agreement of fair play signed by the presidents of the two finalist clubs and all the warnings issued by CONMEBOL to those responsible for security, the stadium and its surroundings were the scene of an irrational and apparently unpunished violence against the players, the public, children and families who came peacefully, the authorities, the neighbors. The vandalism events were painful. The barbarism that has been taking over our football has put many lives at risk.

As president of CONMEBOL, I did my best to ensure the integrity of everyone: from the players to the audience who waited patiently for the painful circumstances outside the show and CONMEBOL's responsibility to be resolved. I called the authorities of both clubs, we waited for the medical reports, we reviewed the institutional protocols, and finally, according to the two presidents, I made the decisions for the good of everyone involved.

On behalf of CONMEBOL, it is also my duty to hold those responsible responsible for ensuring the safety of the event and public order. Clearly, the protocols failed and the authorities did not respond to the circumstances. Now all that remains is to act immediately to identify, capture, and apply the rigor of justice to those who have done so much damage.

I also ask the leaders of River Plate and Boca Juniors to understand that the responsibility they have in their hands goes far beyond just defending their colors and the interests of their partners. Firstly, they have a responsibility towards South American football, often devalued and criticized in our countries, but enjoyed throughout the rest of the world.

The same goes for the media, whom I ask respect, equanimity, and coverage outlook to inform the public correctly, relate the facts, combat disinformation, and expose interested visions and misperceptions.

In CONMEBOL that I preside, football is not won with stones or aggressions. It is won by the players on the court. And more in South America with the quality of our players. At CONMEBOL I play, we play respecting the rival, having fair play as a vision in the field, in the stands, in the lead.