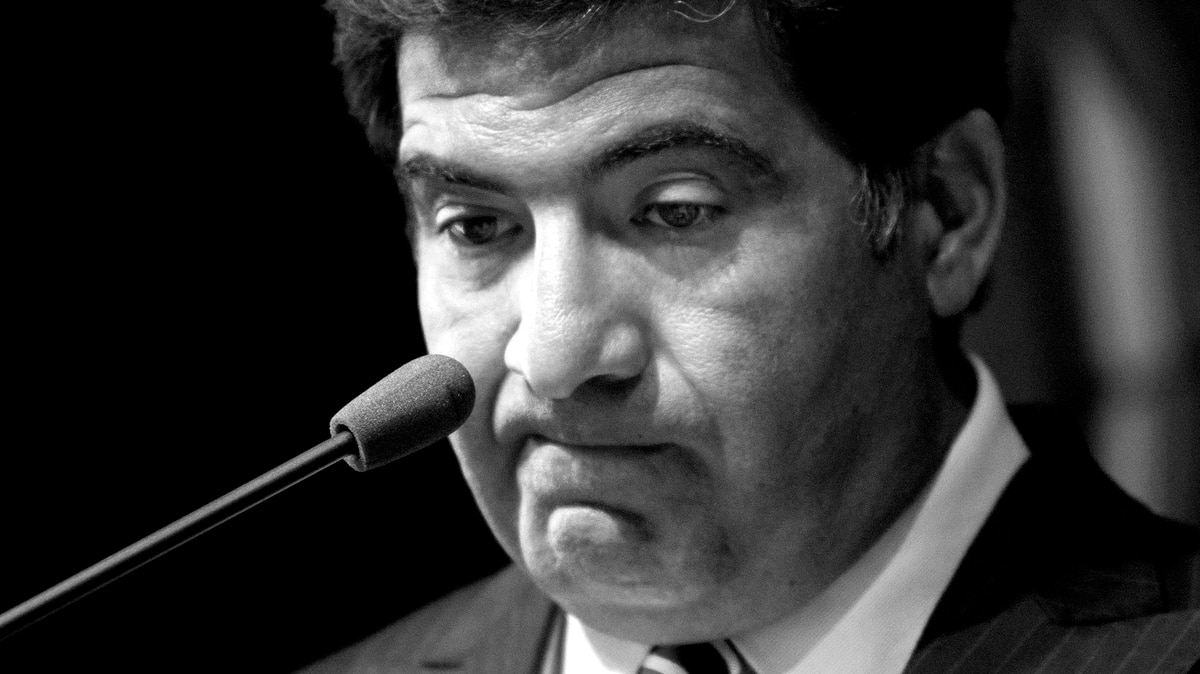 Former AFIP chief Ricardo Echegaray, former head of Mint Katya Daura and banker Jorge Brito, among others, remained today processed under the case known as "Ciccone 2", the second part of the process by which former Vice President Amado Boudou was sentenced to five years and eight months in prison.

As you should know InfobaeFederal judge Ariel Lijo has ruled in a decision of more than 500 pages that the money to buy the bankruptcy printing came from the coffers of bankers Raul Moneta and Jorge Brito, former president of Banco Macro. Moneta, in a state of serious health, never came to appear.

Echegaray was sued for abuse of authority, while in the rest fell the crime of necessary participants of incompatible negotiations of civil servant. Boudou was convicted of this same crime, plus the figure of bribery.

In November 2017, in the middle of the oral trial for the Ciccone case and Boudou on the bench, one of the defendants, Alejandro Vandenbroele, the monotontist who appeared to represent the Old Fund, declared himself "sorry" before prosecutor Jorge Di Lello and the judge Ariel Lijo.

There Vandebroele spoke of his ties to Boudou's friend, José María Núñez Carmona, and stated that he only saw the then Minister of Economy twice in his life; He gave details on the maneuver of a council for Taiwan's debt (case for which Governor Gildo Insfrán and others are accused) and confirmed the political interests that were transferred to buy the press that could print bank notes. He also ensured that Moneta and Brito were behind the acquisition and that the owner of Banco Macro paid him a monthly fee.

This triggered the call to question the new entrant late last year. The processing of evidence to verify their claims took a year, a deadline set by law. This Friday, Lijo signed a resolution with different lawsuits.

"Moneta contributed to the maneuver by injecting funds, and Brito intervened in the management of Ciccone Calcográfica (CVS), incorporating Lanusse and Sguera to his administration to guarantee the business and its interests in the Boudou company," he said. he agreed Infobae.

As observed, "the expertise did not show that the money financing that came from Moneta was actually Brito. However, at least Jorge Brito's intervention in the management stage of the company is demonstrated through Pablo Lanusse and Francisco Sguera; in what seems to be a contribution of a personal nature, due to the relationship I had with Amado Boudou, of an institutional nature. "

Aware of the decision, Banco Macro sources consulted by this means ensured that "the only evidence that weighs against it is the statement of Alejandro Vandenbroele and is not about facts I have witnessed, but about simple assumptions of Vandenbroele. He is not a direct witness, but something that, according to him, Nunez Carmona said ". Finally, about the funds that were contributed during the operation, they said that "they do not originate in the patrimony of Jorge Brito but of Raúl Moneta, according to the documentation ".

In the resolution with which he agreed Infobae, the judge detailed the maneuver investigated, which can be summarized in three main stages:l increased Ciccone Calcográfica bankruptcy; the disembarkation of the funds and the management of the signature and the contracting of the old Ciccone by the national State. Throughout the resolution, the contribution of each of the accused in these steps is indicated.

Echegaray was sued for "changing his position regarding the granting of AFIP's consent to the termination of Ciccone Calcografica's bankruptcy in a two-day unjustified period." Although the federal administrator had the power to grant his conditional or unconditional Conformity to that act, what Echegaray could not do legitimately was to substantially vary the nature of the intended accomplishment, in a short period of time, with no further motivation than a request from the bankrupt company, without any kind of specification, "the sources said.

In the meantime, the judge ruled that necessary participants in the crime of incompatibility of a public official (for which Boudou was convicted) were accused: Pablo Jorge Amato (son-in-law of Nicolas Ciccone, one of the press owners), Jorge Enrique Capirone ), Máximo Lanusse, (linked to Banco Macro, who integrated the graphic Ciccone with Vandenbroele) and Francisco Sguera (lawyer who worked at Macro).

They were also sued Katya Daura, former head of the Mint, and Juan Biasín, who was buying manager of that body and a man who is attributed a proximity to Boudou. In the case, it was taken as a key factor that from the Ministry of Economy, which led Boudou, a contest to modernize the Mint was suspended, so that the company Ciccone-in the hands of The Old Fund – will stay with the impression of tickets.

In another order, the judge ordered the dismissals of Pablo Amato, Olga and Silvia Ciccone, Juan Carlos Lopez – linked to Boudou – and a group of former AFIP officers. Also to the former AFIP holder Angel Toninelli. He also signed the lack of merit of Luis Biasín and Clusio Tristán was summoned to investigate.

O Ciccone cause scandal was discovered when in 2012 – In the midst of a conflicting separation – Vandenbroele's wife, Laura Muñoz, spoke in the media saying that her husband was the front man of Boudou. After an active intervention of the prosecutor Carlos Rívolo, who ended with the then vice president denouncing the nation's attorney Esteban Righi, the case was concentrated in the court of Ariel Lijo.

In that case, it has been proven that the former vice president got the agency to give him an exceptional deal to pay off his debt. This happened when The Old Fund bought 70% of Ciccone. With the new company, Ciccone was renamed Companhia de Valores Sudamericana (CVS). For this sale, the Ciccone family had the remaining percentage of the company and the promise of doing business with the state. The case determined that Núñez Carmona maintained relations with Vandenbroele and Guido Forcieri (Economy Officer) with Rafael Resnick Brenner (AFIP official) to carry out the payment plan. Nicolás Ciccone, in turn, was part of the maneuver by accepting the sale of the company as a bribe.

Last August, the Oral Court condemned all of them. Boudou and Núñez Carmona were arrested immediately after the hearing of the conviction. Vandenbroele received the lowest penalty precisely for his contribution as a penitent.