Review of Super Smash Bros. Ultimate: The Great Goal of the Nintendo Switch 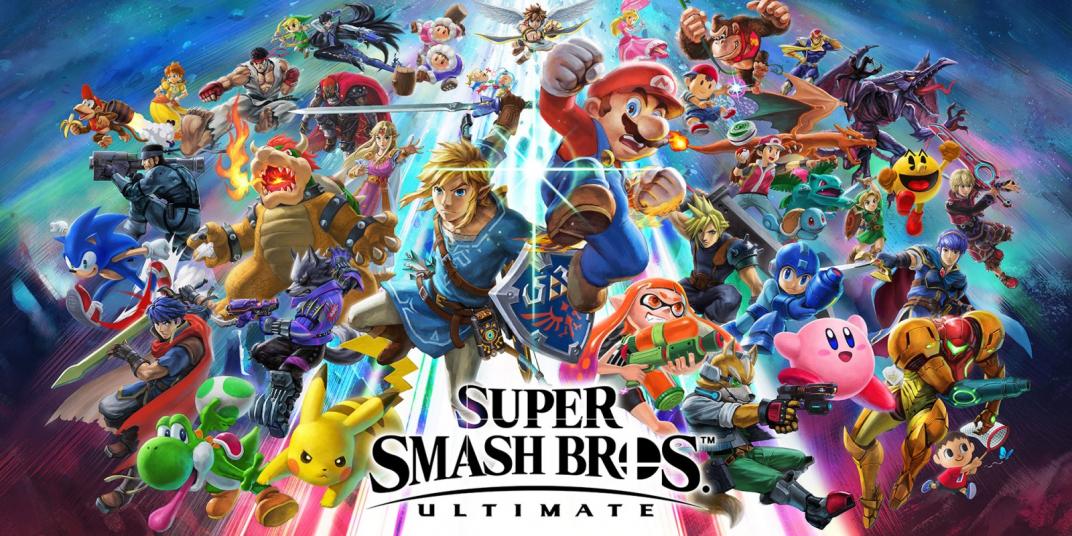 The title of the note does not exaggerate with purpose. Super Smash Bros. Ultimate is a 2D action and fighting game that has everything and everyone. It features a red carpet of games: 70 iconic fighters in the history of video games, from Super Mario to Ryu from Street Fighter or Snake from Metal Gear Solid and Zelda and Picachu.

And, in addition, this portentous Super Smash Bros. Ultimate (recommended by Vos as one of the best of the year) shows more of 100 fabulous scenarios that an average player will easily recognize.

In Super Smash Bros. Ultimate fights happen on platforms that must be thrown at opponents. The more blows the player has connected to the opponent, the more energy he will have to pull that opponent further, which can not be sustained within the space in which the action takes place.

In case you leave this platform and, depending on the game mode, the "fallen" may reappear. If not, the game is over. If time passes and none of the contestants falls, the winner is the one who has hit the most.

Combat in this game is an art, a balance between using these scenarios and the elements that each site provides during combat; and the use of the skills of the chosen character.

In Super Smash Bros. Ultimate, which began shipping in early September, there is also a supreme customization of combat: time of battle, reappearances and details of the "arenas" in which these meetings will take place. And other etceteras.

These combats can be offline or online. In offline, the game has a long and more than reputable story mode, called adventure. It's about unlocking blocked characters and at the same time facing challenges (which are many). These fulfilled challenges give coins that are later exchanged for improvements and powers.

Super Smash Bros. Ultimate is a title that will bring hours of pool to those who have it this summer. The platform system in combat generates strategies of the most varied. And, as in any game of fights, not everything is pressing buttons frantically: what best organizes this disposition of attacks and defense is that which imposes itself.

O Break attacks are the most powerful and they are the most intuitive to apply. And "broken endings" are special hits that have a kinematics and that can be executed when the player "breaks" an overwhelming ball. They are so good that sometimes you feel like you have to play to get to that "ultimate success".

Unlike other fighting games, this Super Smash Bros. Ultimate does not have a violent component. It is a game in which the application of combos and powers of the characters is weighed to take the opponent or the rivals of the platform. There can be up to eight competitors at the same time.

You can even create custom teams and tournaments. You can also play one against three opponents that are manipulated by AI (those that have the CPU letters above). There are three levels: easy, normal and difficult. The difficult is … difficult! It seems obvious, but players know there is a "difficult" way it is not.

To compete online, you must have an account at Nintendo Switch Online, where prices range from 130 pesos (for a month) to 1100 (for a year).

In Vos we tested the game thanks to the press management of Nicolás Paglione, of Nintendo in Argentina. The price of Super Smash Bros. Ultimate on Nintendo's official website is 2300 pesos (digital download version). The physical version goes of the 2500 pesos in the commercial facilities of Cordova.

Is so good? Yes! That's fun. Very. Specialized video game sites give you more than 9 points. In You, we put the same number (We did not put 10 because we could not try the online mode).

The Virtues of Super Smash Bros. Ultimate: the number of fighters, with its peculiarities for the combat; plus the variation of the platforms, with the obligation to adapt the tactics to them.

It's a great game: easy and affordable for anyone; prepared for those who want to compete. The Super Smash Bros. Ultimate is the big goal of the Nintendo Switch in 2018.