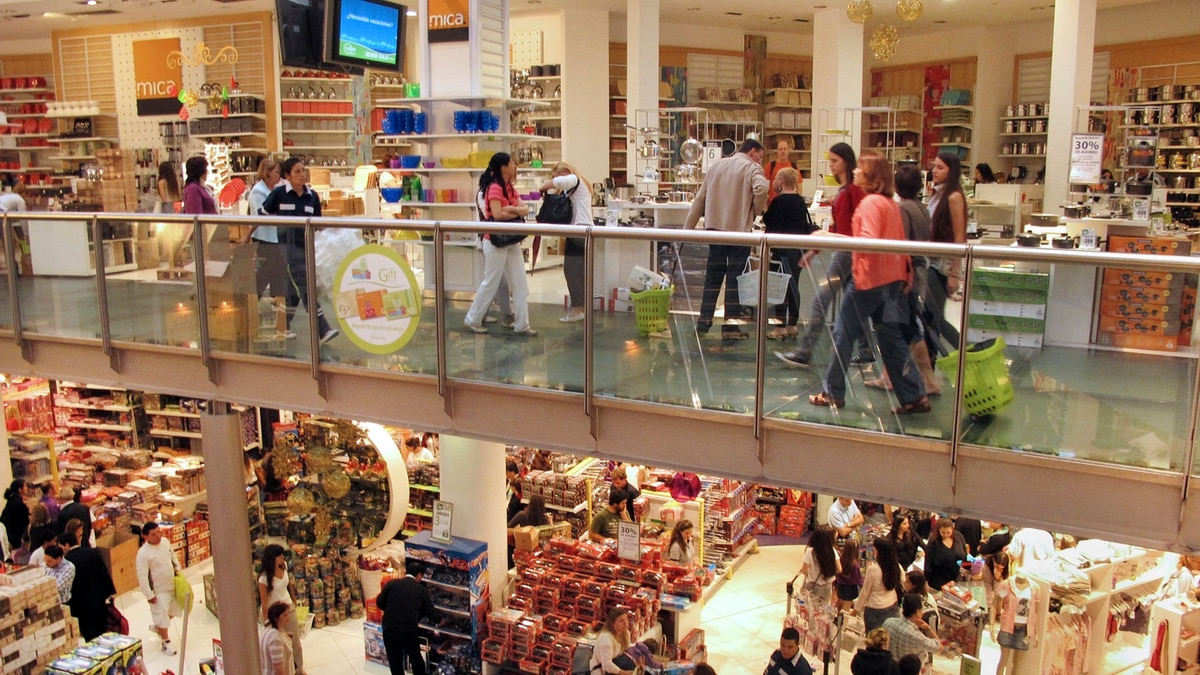 Christmas sales at retail stores fell 9% compared to the same date the previous yearr. The average ticket was located in $ 870, 31.2% above the same date of 2017, according to data released Tuesday by the Argentine Chamber of Medium-sized Enterprises (CAME).

"With a consumer who has spent less this year and Prioritized vacations and leaks on the consumption of goodsChristmas sales at SME stores fell 9% compared to the same time last year, "they said.

In the assumptions for the public, sales fell 10.6%, while online increased 4.3%. Internet sales have been gaining ground and modifying household consumption habits, who buy without going through a site. "Anyway, as the participation is still low, it did not compensate for the sharp drop in the physical stores," they warned in the CAME.

The measurement was made between December 22 and 24 All countries small and medium-sized enterprises in the country. "It was a very quiet Christmas. very aggressive discounts major commercial chains and in shopping malls that They removed the public from neighborhood businesses, avenues, or outdoor centers, and those with less margin to make pricing policy, "the entity said in a statement.

According to the House data, it is the worst fall in more than 10 years. In 2017 growth was small, at 0.8%, and to see these major but not so great losses come back a decade ago as the blows of the global crisis drove Christmas sales numbers down 7.8 percent.

The cities of the interior of the country made a great exhibition of options to reinforce the sale and to arouse the interest of the consumer. Events, prizes with important prizes such as cars, travel, appliances and vouchers were some deals launched. Municipalities, business chambers and regional banks have also helped in many cases that stores can offer local purchases. "No doubt that all this effort helped to strengthen sales in a difficult end of the year, "they said.

The stores that sold the most were those who launched offers of 2×1 or discounts between 40% and 50%. "Many of these entrepreneurs have renounced their profitability to obtain liquidityeven if profit margins were minimal. Those who were not able to participate in these aggressive offers had sales levels well below last year, "said the businessmen consulted by CAME.

Within the negative outlook that crosses the trade, there were two data that added a slight optimism on this date. Por on the other hand, that the fall in sales decreased, from a drop of 15.6%, as was the case in November. On the other hand, increased the proportion of businesses with increases. This Christmas, 19.6% of stores consulted saw their sales increase compared to last Christmas, always measured in quantities.

The items that fell most

The 13 items that make up the Christmas basket have declined in decline, with falls that reached 14.4% as is the case with jewelry and watches. Other items with marked reductions were: household appliances and electronics (-11.8%), bed linen and white fabrics (-13.4%), clothing and lingerie (-11.6%), costume jewelry and accessories (-11% 3%) and video games and computer articles (-11.3%).

The sectors with fewer falls were food and beverages (down -3.8% compared to last Christmas) and perfumes and cosmetics (-2.3%).

Of the 2380 stores consulted, both online and physical, 19.6% reported increases compared to last Christmas, 68.7% had falls and the remaining 11.7% were unchanged.

In toy stores, bookstores and video stores – one of the most moving items in the Christmas season – consolidated sales (online and physical) They fell 7.5% compared to the same party last year, although with a drop of 8.9% in traditional stores and an increase of 1.7% in electronic sales. 93% of the toy stores consulted offered promotions and installments without interest. The average ticket at this agency was $ 550 for cash purchases and $ 1,500 for cards.

In clothes and lingerie, according to sales fell 11.6% in relation to the same date of 2017, with an increase of 2.7% in online mode and a drop of 14% in traditional businesses. "This sector was best sold in the high income segments. Aggressive offers from shopping malls have reduced sales to the local neighborhood. People were almost exclusively looking for offers, they were looking for prices and when he could go to the wholesale centers to get better conditions, "concluded the owners of the companies surveyed by CAME.