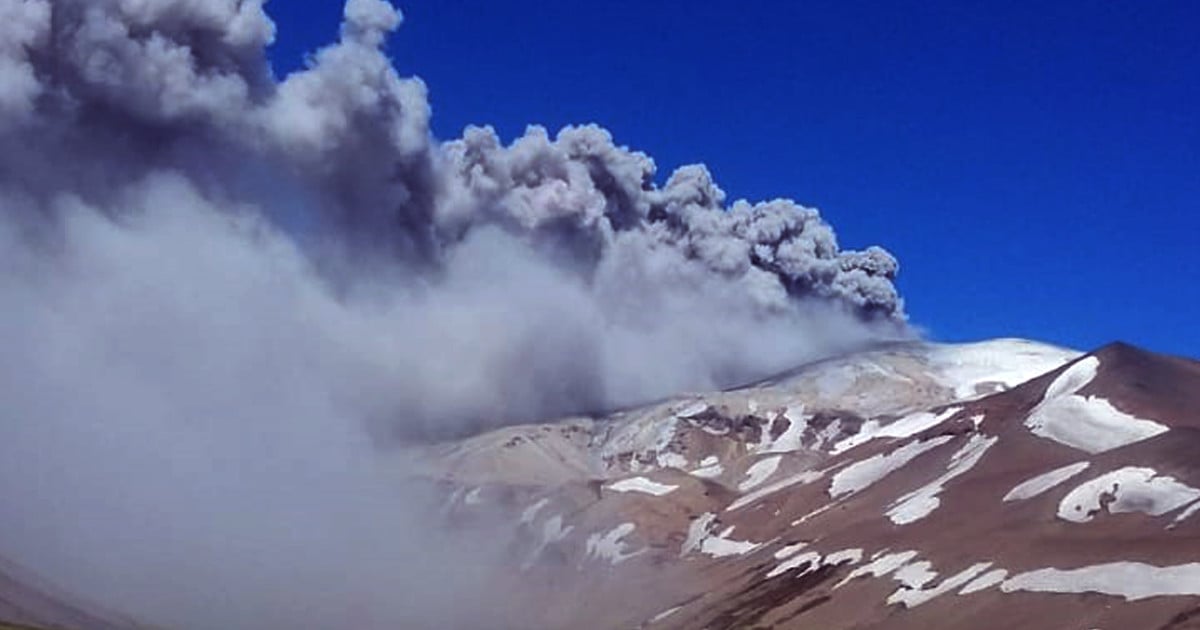 The Peteroa volcano (4,084 meters) experienced in the last hours an increase in its activity, generating some concern in the south of Mendoza, in addition to the authorities assure that the expansion of the ashes will not affect the population of the area.

The Chilean National Geology and Mining Service (Sernageomin) released a report on Sunday highlighting that the increase in activity is "seismically characterized by the recording of low intensity tremors (less than 4 square centimeters), which are associated with pulsatile and low degasification stature, less than 800 meters, greyish and emission of particulate matter ".

He also announced that "they could happen new episodes like those recorded since the last few hours and even more energy. "

For this reason, the level of yellow alert to the Peteroa, which lies on the border between Argentina and Chile. This means that "the volcano is above the base threshold and that the process is unstable, being able to evolve even increasing or decreasing these levels. Therefore, a probable eruption may develop over a period of weeks or months, "explained the National Emergency Department of the Ministry of Interior and Public Security of Chile (Onemi) in a statement.

However, the head of Civil Defense in Malargüe, ruled out the complications in the chief town of the southern department of Mendoza. "The intensity tends to decrease and there is nothing that represents danger to the population and the animals," said Daniel Rodríguez. Clarin.

The direction of the wind also helps volcanic ash does not approach the city of Malargüe, located about 100 kilometers from the volcano, the official said.

The Chilean authorities also assure that there will be no problems with the increase of the volcanic activity of Peteroa. Carlos Bernales, regional director of Onemi, told the transandine media that "there is a greater presence of particulate matter, which is normal in the Yellow Alert condition in which the Peteroa Planchón complex is located." These events will continue and some with greater intensity, so we call the community to calm down. "

Early Friday, Peteroa registered an emission of ash and gases in products of low height for "a seismic signal of long period". For this reason, constant monitoring was established in the area and on Saturday the situation seemed to calm down. But in the afternoon of the National Gendarmerie warned about an increase in the expansion of volcanic ash in the Argentine territory and ordered the evacuation of personnel of the force destined to the international pass Vergara, once the border post was left without water supply due to the contamination of the springs with volcanic ash.