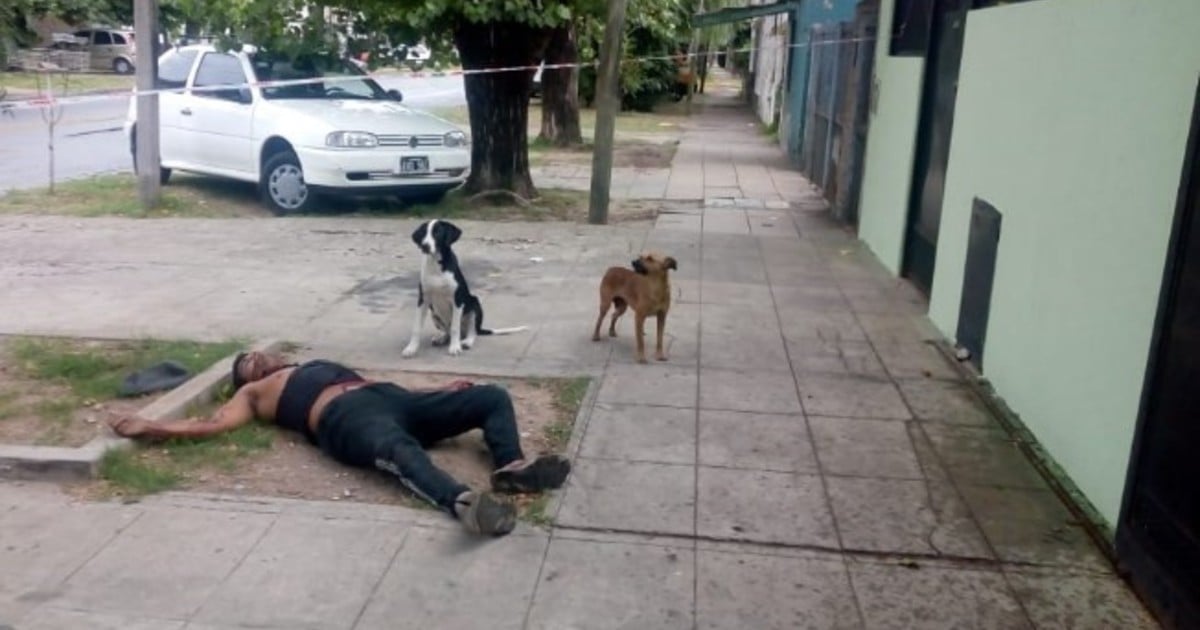 Cristian "Paisa" Pirolla (28) celebrated the dawn of one of his brothers in his precarious house in San Fernando. According to witnesses, the young man used drugs and alcohol. As it was, he left to steal, along with his wife and mother of three children, Veronica Gonzalez (32), to the local hardware store, about 150 meters away.

What Pirolla did not tell is that this time the merchant, Juan Bautista Blanco, 88, would resist. It was seven-thirty on Sunday morning when the woman entered for the first time, asking for two nails. It was a trick to have your partner leave later. The knife he carried was a deadly boomerang, because the retired man took and caused three cuts: two on the chest and a third, lethal, on the neck.

His state – drugged and drunk – explains how the old man got the gun and killed him. The thief had a record. He had been detained for almost four years, also for stealing with a knife.

The retiree, despite his years, continued to serve his business until Sundays. This Monday, 24 hours after the fact, he wanted to open the doors to his customers, but his family did not leave him. "He will have to close a few days, even though he wants to work," said Mirta, 53, outside his premises in Arnoldi at 4 pm, surrounded by journalists and neighbors who went to support the hardware store.

How did they explain to Clarin official sources, Pirolla had been arrested on November 1, 2012. He was sentenced to five and a half years, due on March 20, 2018. On October 5, 2016 he was on parole, granted by the Criminal Enforcement Court No. 1 of San Isidro.

The prosecutor, Alejandro Musso, investigates whether the young man had already attacked the hardware store on four other occasions. The man's daughter said that Pirolla had stolen him three weeks ago. "We did not file the complaint because we did not want to, they are only here"He explained.

Mirta Blanco, the 88-year-old farrier's daughter who took the knife from a thief and killed him in San Fernando.

Gonzalez, who was out of the "bell" and ended up arrested, said that she only saw her armed and hooded husband enter the store. They charged for "theft aggravated by attempted weapon use"

"They are neighbors. The hardware store family knows them and they said "surgeons on duty" and always caused problemsHe said to Telam In addition, a judicial source explained that witnesses indicated that the couple had already attacked the trade in different ways before.

According to this spokesman, Blanco "came in to rob him and what the merchant did was disarm the thief and stab him with the same knife Tramontina with which he had been threatened with death."

Gonzalez told the court that she went to the hardware store alone to find out "by some nails" to fix the stairs of her house and that, under these circumstances, her partner came in with "a white and hooded weapon" and left the "other side of the counter ". , before she got scared and retired. "Later, I do not know what happened," he added. "When he was not in the fart, he was an excellent person", He emphasized.

Daughter of the hardware store complained that "they had knit"She added that" at the age of 88, there are things that are agreed upon and things that are not, sometimes they do not know the names of their grandchildren. "The woman added:" We are very sorry for the loss of the child because I am also a mother, of my father or the life of the delinquent. "