Of the 20 large wineries, only six are from Mendoza

Just over 50 years ago you could not think viticultureand the big Wineries mendoza, but by the hand of entrepreneurs in our region. But in the light of the cyclical crises in the industry, this photo has changed and there are fewer and fewer wine producers from Mendoza who participate in the main external marketing positions of wine.

Taking as a reference that each year more than 400 wineries export wine in Argentina, The fact is that the top 20 exporters, based on the average of the last 7 years according to INV data, concentrate 72.5% of the total billed for exports of broken winesespecially the bottle.

And where every time there are fewer people from Mendoza who have a stake in the value-added business, which is the fraction that can be seen in the main gondolas of the world with the mark Argentina. INV data show that the ranking of the first 20, only 6 are owned by citizens of Mendoza: Bodegas Esmeralda (Nicolás Catena Zapata), The agricultural (José Zuccardi), Leoncio Arizu (Alberto Arizu), Valentín Bianchi (Bianchi Family), Domain of the Silver (Susana Balbo) and Fecovita (5,000 members of their primary cooperatives).

Mendoza has the largest number of wineries in the country and also the number of hectares implanted. However, when it comes to assessing who is dealing with the export business, the people of Mendoza loses. The change did not occur overnight and takes decades of dancing to the rhythm of the country's economic ups and downs, which have resulted in those who have started and formed the local breeding breeding caste who have abandoned the business.

Surviving in times of crisis and in an industry that also has its own dynamics, in some cases for more than 50 years, is remarkable in the country.

"The life of a company in Argentina for more than a century is a great merit, since we have a wonderful country, but that does not make things easier for us," he admits. Alberto Arizu, who this week announced the association of Luigi Bosca, the company his great-grandfather founded, with the L Catterton fund.

With per capita wine consumption declining steadily for decades (estimated to have drilled the 19-liter floor), export production has been a good option to keep the business going.

José Zuccardi recalled that between 2002 and 2010 Argentine wine had a significant growth in the foreign market. "During these years we were able to grow a lot, but the scenario changed between 2011 and 2017 due to the loss of competitiveness generated by the exchange rate and inflation," he said.

"In this period of low competitiveness, we have been able to keep our exports stable, and now the economy has once again taken a turn and there are new opportunities for growth," said the owner of the Familia Zuccardi winery.

For Susana Balbo, who joined the business in 1999, the key is planning: "In order to stay in time you have to have a crisis-proof business plan, in our case, you have bet on exporting a very high percentage, more than 90% and high quality products."

Bodega Bianchi It is a historic family winery and for them the effort and austerity have allowed them to survive over the years: "The family was able to enjoy a stage of capital accumulation that allowed them to consolidate the winery without big profits," he said. The Andes Armando Morón, chairman of the board.

"In times of expansion, we work with bank financing. We are always launching new products, with good commercial structure and good flow of resources," he added.

What remains? Eduardo Sancho, president of Fecovita – which includes 5,000 producers – explained that the prospects for the export sector differ greatly depending on the product: "Despite the improvement in the exchange rate, the scenario for fractionated wine is complicated.

We have lost many markets since 2015 due to the loss of competitiveness and to recover we have to rebuild a brand. "

"The improvement will be slow, it is very difficult, and even more so when we compete with countries like Chile, which has free trade agreements in most of our markets, while we have to pay tariffs," he said. 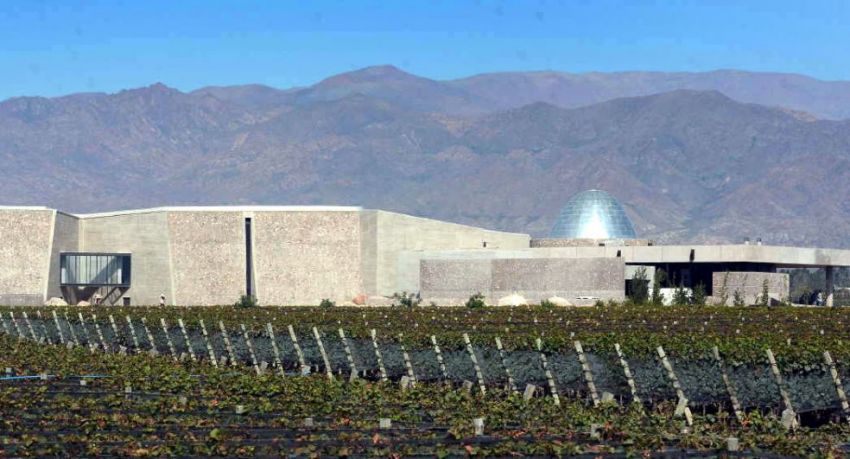 Zuccardi In the Uco Valley, owned by the family that also runs Santa Julia.

465 wineries exporters are in the country.

72.5% of the value exported they represent the first 20 wineries.

90% of the value exported They represent the first 60 wineries and represent 12.9% of the number of wineries.

Who is who in the export ranking

Bodegas Esmeralda: It is part of the group of wine companies that are owned by well-known Mendoza winemaker Nicolás Catena Zapata, who also manages Catena Zapata, Escorihuela and Rutini wineries, among others.

Trivento Wineries and Vineyards: It is part of the Concha y Toro Group, one of the largest wine conglomerates in the world based in Chile. He established himself in Argentina in 1996 with the purchase of the first establishment and currently produces and markets under the brands Trivento, Tocornal, Tribu, Reserva, Golden and Eolo, among others.

Norton Winery: Since 1989, when the Austrian entrepreneur Gernot Langes-Swarovski, owner of the glass empire, decided to invest in our country personally, he is part of the investments of the renowned entrepreneur. For several decades, it was performed by Michael Halstrick, a member of the Swarovski family.

Wineries Salentein: Founded in the 90s by the Dutchman Mijndert Pon – who died in 2014 – in Tupungato. Mijndert Pont also built the Killka Museum, a space where paintings by renowned national and international artists are displayed and he was a pioneer of wine tourism when the Salentein Inn was inaugurated in 2001.

Viña Doña Paula: He is part of the Viña Santa Rita group, founded in 1880, in Chile. In 1997, the group decided to invest abroad and formed Viña Doña Paula in Argentina, a company that at the time also included the acquisition of two properties, one in Ugarteche and another in Tupungato.

Finca Flichman: He is part of the Portuguese group Sogrape, which deals with international brands such as Offley, Quinta dos Carvalhais, Morgadio da Torre, among others.

Leoncio Arizu: This week he announced as strategic partner of investment fund L Catterton, which in Argentina has the command of the brands Caro Cuore, Rhapsody and Baby Cottons. The winery is still in the hands of the founding family, the Arizu, who are from Mendoza.

Pernod Ricard: The French Pernod Ricard Group was founded in 1975 with the merger of leading companies in the alcoholic sector in France: the Pernod Frères de Paris, founded in the early 19th century, and the Société Ricard de Marseille. In Argentina it has the management of the wineries: Colon, Etchart, Graffignia, Santa Silvia, to which is added a recognized package of distillates: Chivas, Ballantines, Beefeater, Havanna, Absolut, among others.

Molinos Río de la Plata: is the giant of mass consumption managed by Perez Companc, which in the wine business has Nieto Senetiner, 50% of Viña Cobos and Ruca Malén, the latter two were acquired in 2016.

Argento Winery: It is owned by Alejando Bulgheroni, one of Argentina's largest fortunes, which runs Pan American Energy. Argento was created in 1999 by Bodegas Esmeralda, by businessman Nicolás Catena Zapata. In 2012 it was sold to Bulgheroni.

Valentín Bianchi: It was founded in 1928 in San Rafael. In fact, it is still in the hands of the founding family of the winery. He is one of the few who has reached this milestone.

Domain of the Silver: In 1999, Susana Balbo, after a long career in the world of wine, launched her winery: Susana Balbo Wines, in Luján de Cuyo. Currently, the winery is managed by the children of the winery – José and Ana.

Finca La Celia: Although it dates from 1890, when Eugenio Bustos began to build the winery after acquiring lands in the prosperous Uco Valley. It was in the year 2000, the wine group Viña San Pedro Tarapacá, leader in the beverage sector in Chile, bought the Finca La Celia and gave the momentum that it has today.

Wineries and Vineyards Pascual Toso: Historically it belonged to the Toso family of Mendoza, but in the 90s it was acquired by the Llorente family, based in Buenos Aires, that has important investments in Pampa Húmeda. The group is led by Julio Santiago Llorente.

La Riojana Cooperativa Vitivinifruticola de la Rioja LtdaLa Riojana was founded in Chilecito in 1940 as an extension of Cooperativa La Caroyense Vitivinícola de Córdoba and La Rioja Ltda Nuclea at its core to 412 wine and olive producers (about 80% of all small and medium producers in La Rioja ), and produces more than 50% of the total production of Rioja grapes.

Fecovita: She is pleased with the acquisition of the fractionation and marketing unit of the former Giol Bodegas y Viñedos, which has 5,000 associated producers through its 29 primary cooperatives throughout the province. If the total volume traded is taken into account in domestic and foreign markets, they are among the 10 most important vital groups in the world.

Kaiken S.A. Aurelio Montes, founder of Bodega Montes in Chile, arrived in Mendoza in 2000 and, in 2001, set up his company in the province, which today has a large export business.