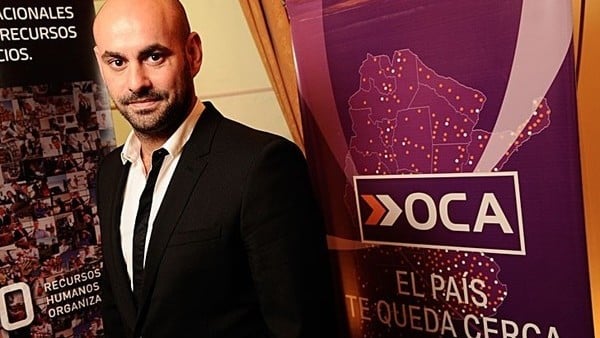 In an advance of the case, the Judge in Criminal Matters, Javier López Biscayart sued this friday Patricio Farcuh, President of OCA, for the crime of undue retention of social security contributions, with an embargo of 500 million pesos. The judge also seized the companies that served OCA, linked to Hugo Moyano, for the same crime that has a maximum sentence of 6 years. The charges came without pre-emptive detention because Farcuh, so far, was right in the case.

In a detailed resolution, the magistrate for the Farcuh companies who billed OCA: Pertenecer SRL, Slam SA, Labor Guide, Iron Safety, Rhuo Group and Universal Installation, among others.

By mid-year, Lopez Biscayart had sued Farcuh for nonpayment of withholding and payment of income tax and value-added tax for May through December 2016 and January and February 2017, but the federal jurisdiction chamber canceled processing and the prosecutor should reassess the charge. OCA is currently intervening for Justice.

In the resolution, with which he agreed Clarin In judicial sources, the judge found that "Farcuh had as purpose or well-funded with retained money and perceptions collected, thus extending the term of return to the Treasury in monthly installments over several years and at an attractive real rate for the local financial market, given the existing inflationary expectations or the application of the amounts charged for the expansion of the so-called "Rhuo Group".

"We can conclude, without further ado, that the behaviors investigated are presented as an intentional and freely performed act; therefore, voluntary, and there is no doubt in this case of the instruction that Patricio Nicolás Farcuh counted on the omission of the timely deposit of the social security amounts withheld from the dependents of Planobra SA. "Farcuh also had the retirement contributions of employees of "Belonging to SRL; GPS Services S.A .; Slam Servicios S.A .; Event Services Company of Guia Laboral S.R.L; Labor Guide Services S.A .; Iron Security S.A. Grouping of the Rhuo Shared Services Group and Universal Facility S.A., and likewise, withholdings and income tax (SICORE Imp. 217 and 787) corresponding to Planobra SA; Belong S.R.L; GPS Services S.A. and Labor Company Guide of Eventual Services S.R.L. and of the value added tax corresponding to Planobra S.A. "

It was not enough for Patricio Farcuh to point out Hugo Moyano in his investigative statement when he stated that in a large part of the months that workers did not receive their contributions, he was not in front of the company because "Aste y Camioneros usurped with violence" . This is the period in which Moyano's union forced the private postal company to co-opt.