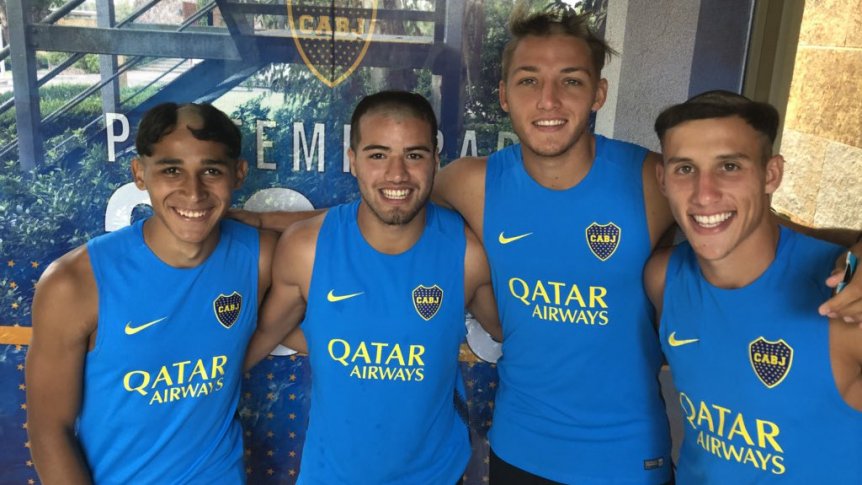 Marcelo Weigandt, Nicolás Capaldo, Agustín Obando and Mateo Retegui; a defender, a midfielder and two strikers. These are the four children that Gustavo Alfaro took to the pre-season Boca. What are the characteristics of each of them?

Weigandt: He plays as right-back, today he is 19 years old and is from Avellaneda. Last year, a video of him was viral in which he claimed that Boca's shirt "kills or dies". He arrived in Xeneize from the hand of Ramon Maddoni, who captured him from the Villa Ideal neighborhood club. Another phrase from him: "I've been here in Boca for six years, a lifetime, they trained me and it's like my second home."

Happy, Chelo Weigandt! Leave your greeting to one of the club's youth who are doing the preseason at Cardales. pic.twitter.com/DlM0QqfaWh

Capaldo: He was born in Santa Rosa, La Pampa, 21 years ago. He is a right-wing midfielder, captain and referent for the Schiavi Reserve. He came to Boca in 2015, from the Mac Allister Sports Club. "Capaldo plays very well, but it does not increase because I kick my ankles," Alfaro joked about him.

Obando: He is 18 years old and has played for Xeneize for ten years. He is from Monte Caseros, Corrientes, and took his first steps at the Samuel W. Robinson Club. He was Sparring of the Selection in Russia, besides having integrated Sub 15, Sub 17 and Sub 20 of Albiceleste. He shone in winning the Weifang Cup of China, where he was voted best player of the tournament.

Retegui: He has already made his debut in the first leg of Guillermo Barros Schelotto. He is 19 years old, was born in San Fernando and is the son of Chapa Retegui, a Leonese coach. He played a large part of the Bottoms as a midfielder until he was found a new position, center-forward, and became the top scorer of the Fifth Division.

#ATRBoca The young Obando, Weigandt, Retegui and Capaldo who made the first preseason had their baptism. œ¸ ï½ pic.twitter.com/yZFR3DUvZO