Non-bank ATMs: What You Need to Know about the New Extraction Method that Starts on February 2 – 12/26/2018 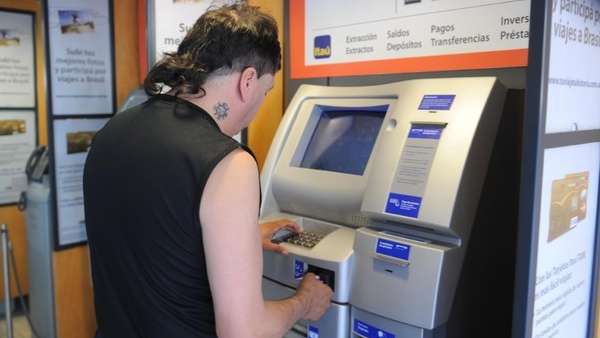 "The idea was to get at least 2,000 units installed in the country in the first year, but now we expect to close 2019 with at least 500 ATMs. It is a goal that can be achieved and even surpassed, "explained the Commercial Chronicler. Sebastián Ponceliz, Argentina, CEO and founder of Odyssey Group, which has the Octagon as one of its business units.

Octagon will provide this service in conjunction with the current Banelco and Link networks. It was authorized last May by the Central Bank to be integrated into the local system.

In principle, it will be present in service stations, supermarkets, pharmacies, transport companies and corporate buildings, so that employees can extract money.

The immediate objective of the company is also to incorporate the companies of means of payment or exchange houses that need these boxes for the immediate disposal of the money.

Odyssey, the owner of the new venture, aspires to Capture 27% while developing your business plan. The current network has about 13,100 ATMs throughout Argentina, of which Link has 7,400 and Banelco, 5,700. The reality is that to cover the needs across the country,and would need about 50,000 ATMs.

How is the Octagon business?

It is worth clarifying: the new ATMs they are not owned by the company, but by the places that acquire them. The deal consists of the sale of the terminal and the cost charged by Octagon for the maintenance of the unit.

Investors believe they can add financial connectivity to the interior of Argentina. According to a study they conducted, they estimate that the 20% of localities do not have a single ATM.

What will the commission be?

The cost of each operation performed with the Octagon ATMs would be US $ 50 (may vary). The accountant is for those who currently have a Bank "salary plan", which allows them to operate with the ATM network for free.

However, even so, Ponceliz believes that there are many businesses ahead: "Our ATMs will have a large number of features, and there is also a large portion of the population that does not charge a Salary Plan and must seek long distances to get money. this network will have everything much more at hand, "concluded the CEO.

What other services do non-bank ATMs provide?

They will also issue prepaid cards, they can be used to e-commerce, transfers through blockchain, criptomoedas and microdesenho linkeo through microcredit.