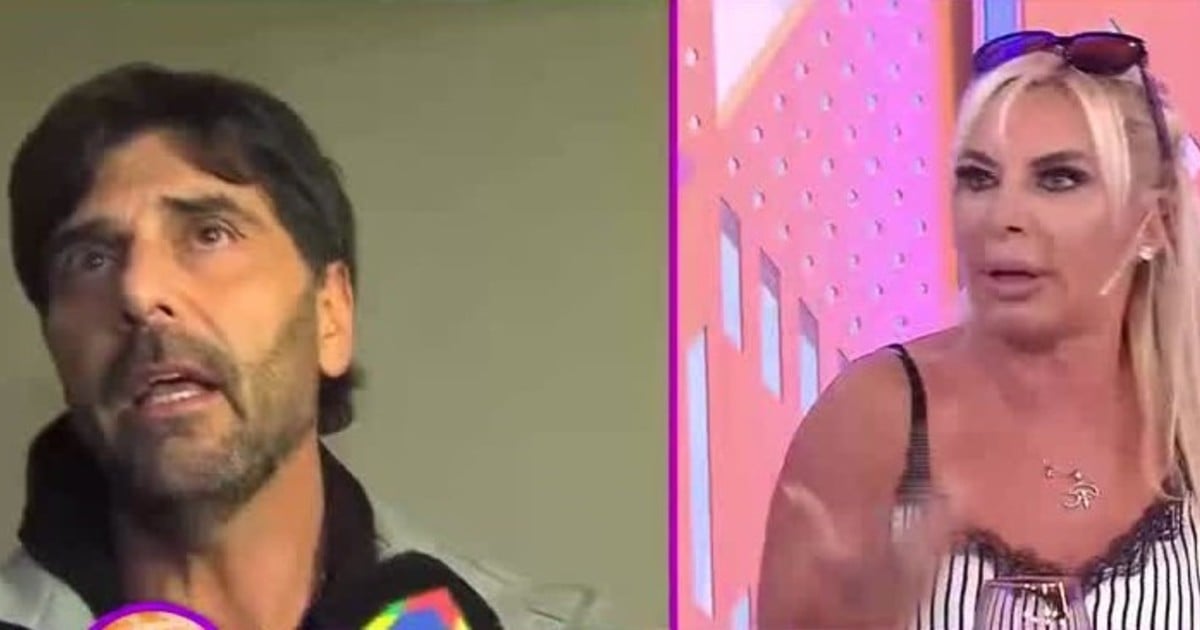 Since the beginning of the scandal rumors of romance between Iliana Calabró and Emilio DisiSeveral retro figures reappeared on the small screen. One of them was the ex-vedette Yanina Zilli, who shared many pieces with Disi and He recognized that for the comedian the daughter of the great Juan Carlos Calabró had been "the great love of his life".

Zilli was invited to Incorrect (America, from Monday to Friday at 5:15 p.m.) to continue talking about the farandulero theme of the moment. However, La Blonda, based in Mar del Plata for many years, Surprised to talk about an experience he lived with Juan Darthés when he recorded with him The brothers Pérez Conde, a fiction that Channel 9 broadcast in 1997.

Yanina Zilli told the scene of a kiss she had to make with Juan Darthés.

The one who introduced the topic was Stefanía Xipolitakis, speaker of the program conducted by Moria Casán. "I have the fact that you had a very bad time on Channel 9 with an actor who now has several complaints against him … This is Juan Darthés"shot Vicky's sister.

To which the ex-vedette, who in her time stole sighs among men by her exuberant physique, replied:With Darthés this happened: I explain the situation. I went to a show and got my dream of being an actress because I stayed for 15 episodes. Obvious, always with the miniskirt and always showing, but I did a little piece of paper, very cool. I was not a little girl, it was more like a bomb. At that time I did not know what it would be like to kiss a scene …"

Currently, Yanina is based in Mar del Plata and lives with her children.

And he continued with the story about the scene he had to do with Darthés: "It was a kiss, I did not know that everything was so real. Is that he stuck my tongue in my throat. He tied me to my tongue.. He passed between them, but I was surprised. There I said "look at the actors". I thought it was normal at the time and I said it would be fine so they send the tongue to die. But I insist. I was not a girl, I was 27 or 30 and he was six or seven years older than me"he clarified, minimizing the situation.

Yanina Zilli was one of the most beautiful women of the 1990s.

"But it was his first role" he attacked Mica Viciconte, another of the panelists of the cycle, implying that the actor accused by Thelma Fardin had taken advantage of the situation. "And the truth is that I did not know how things were, it happened to me like this"Zilli managed to respond, still confused by the delay of the story of what she feels now and what happened to her at that moment.

For its part, Moria did not dramatize the episode reported by Zilli and even confessed: "It depends on each one, I can not kiss without tongue". Still incredulous of this episode, Yanina concluded: "The difference with the accusations that she received, is that I was not a little girl. I thought they should kiss like that in scenes. So off the camera, I was not even insinuated …"