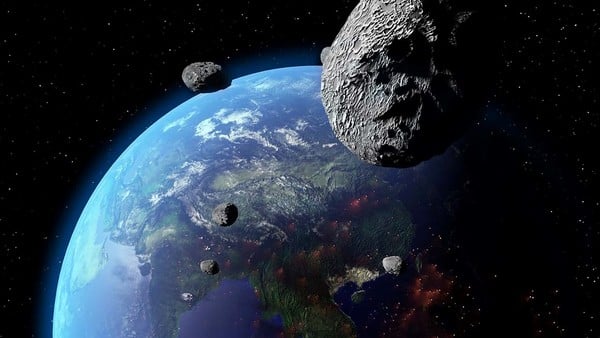 NASA administrator Jim Bridenstine only started as a congressional senator when a large asteroid crossed the atmosphere and exploded in the Russian city of Chelyabinsk, shining more in the sky than the sun, and that experience clearly marked that.

On Monday, the current director of the US space agency spoke about this impact at the 2019 Planetary Defense Conference of the International Academy of Astronautics held in College Park, Maryland, and the importance of using the science of planetary defense to protect against similar future impacts.

"We have to make sure people understand that this is not about Hollywood, it's not about moviesBridenstine said, referring to the so-called "laughing factor" that he believes makes the public discard the severity of the risk of an asteroid impact. "It's about protecting, ultimately, the only planet we know right now to harbor life, and that's the planet Earth."

Bridenstine, at a conference (AFP)

The conference, which runs through Friday, addresses key issues in planetary defense, including the detection, tracking, and characterization of near-Earth objects, the exploration of ways to divert potential impacts and understand how to prepare emergency procedures to keep people safe in case of impact.

The director of NASA said urgent action should be taken.

Bridenstine argued that this work is crucial and that one day it could prevent, or at least reduce, the disaster. "We have to use our systems, use our capabilities to get a lot more data, and we have to do it faster," said Bridenstine. "We know dinosaurs did not have a space program. We, on the other hand, need one and we should use it, "he said.

He also portrayed planetary defense as another of the top priorities, along with the return of humans to the moon in 2024 and their plan to fly to the moon of Jupiter in Europe in search of life.

Chelyabinsk, as the asteroid explodes into the atmosphere.

Bridenstine also pointed to two ongoing asteroid missions, the Japanese ship Hayabusa2 that visits Ryugu and NASA's OSIRIS-REx spacecraft in Bennu. Both are scientific missions: NASA's first planetary defense will be the double asteroid redirection test, or DART to be released in 2022. But Bridenstine argued that both Hayabusa2 and OSIRIS-REx will continue to provide vital information for the work of planetary defense.

The Russian city of Chelyabinsk affected by the explosion of a meteor in 2013.

The NASA administrator added that the detection, monitoring and study of asteroids and other space objects near Earth began to be taken more seriously after the Chelyabinsk event in 2013, when a 20-meter-wide meteor exploded into the atmosphere just above of a Russian city. The seismic wave caused damage to thousands of buildings and caused injuries to more than 1,500 people, who suffered mainly injuries caused by broken windows.

"These events are not rare, they happen"Bridenstine said, noting that a model shows that we can expect an event of the same magnitude as Chelyabinsk. every 60 years.

In the 20th century, three similar events were experienced, including that of Tunguska in 1908 and another reported in Brazil in 1930.

Bridenstine emphasized that NASA is working to detect and monitor 90% of asteroids that are close to Earth and are 140 meters wide. If a space rock of this size reaches the Earth, its effects would be devastating: It could annihilate an entire state or a small country.