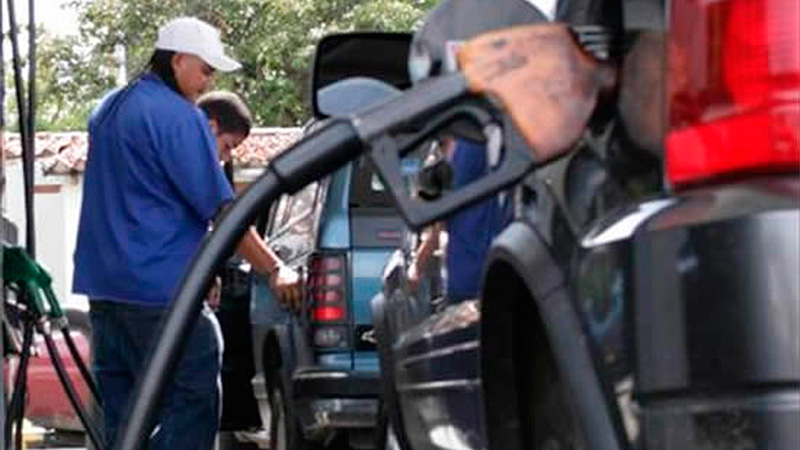 It appears that this unstable scenario will remain during the beginning of the holidays.

Of the main organizations that bring together entrepreneurs in the sector, it is worth noting that the values, after accumulating 14 increases throughout the year, have reached a balance that does not bring new adjustments to justice.

And they anticipate that the scenario should remain so in the short term, if there is no turbulence with the exchange rate and if there are no international tensions that affect the price of a barrel of international crude oil.

"In the last talks with the Secretary of Energy and the oil companies, it was agreed that the market is level, and unless there is something unforeseen in the dollar, for example, there should be no movement at the pumps in the coming weeks," said Guillermo Lego, manager of CECHA, the confederation that integrates the entrepreneurs of this branch of activity.

"For January there are no tax changes or the application of touches to inflation, as happened in those months," added the manager, then highlighted how positive that the Secretary of Energy "has decided to join us at the table where refining is defined and the commercialization of fuels, which allows a certain balance when discussing increases or impediments to occurrence.

The last movement of the oil companies was a drop in the values ​​observed in the service stations of some of the companies. Specifically, in early December, state YPF and Shell applied a 1.5% reduction in the price of their naphtha.

The problem of the cards

But now, what worries is not so much the price but the problems that vehicle owners are having when it comes to refueling and trying to pay.

It turns out that, as a result of successive increases, many entrepreneurs of the sale began to cut the payments with plastic from the month of September. And these obstacles did nothing but intensify in the last part of the year.

The argument that journalists use to justify the measure is directly related to the deadlines established by the issuing companies to carry out the operations paid with this instrument.

According to the main players in the sector, the settlement every 28 days established by the system generates a strong loss of profitability, since while waiting to receive these funds, if there is a price increase, the value of the fuel substitution is increased.

That is why many paper companies pose as a condition for reactivating payments with plastic in a period of that waiting period.

On the issuer's side, however, they do not want to give in: they argue that shrinking this time frame would put them at a financial risk. And the great inconvenience, before the liquidation period, is the scenario of inflation that does not yield.

In this pull and loosening of these months, the entrepreneurs of the sale abound that only allow the payments with debt or money.

Even from CECHA warned that the refusal of service stations to accept that it be paid by card will increase in the coming months. Especially in the points chosen for holidays.

"We had a meeting at the Commerce Department, also at Banco Nación, with the idea of ​​finding a solution to the problem, but there was no way out and card issuers do not want to make a turnaround," Lego said. Confederation

The executive said that the immovable position of the entities could aggravate the problem of the stationery companies and that those difficulties would be transferred to the customers.

He argued, in parallel, that organizations such as FAENI, which brings together the Santa Fe sales machines, are already designing lawsuits against plastics companies for alleged "abuse of dominant position."

"There are many service stations that are only accepting payment in cash or debit card because this is a legal obligation, we understand that the incompatibility that the issuers speak to justify, but the sector sells for a price and you can not spend almost a month waiting for payment, the possibility of paying by card will be increasingly limited if there is no change in the short term, "said Lego.

Castellano, of the CECC, also anticipated that the limitations will be intensified when paying with plastic, although he has acknowledged that the measure is not positive.

"Suspending the cards means losing almost 50% of the operations, but there are many business owners who prefer to lose sales and then have to face a higher cost because of the variation in the price of fuel in the refueling. we anticipate that there will be more and more stations that will momentarily stop accepting this means of payment, "he concluded.

Among journalists, the certainty prevails that this will be unlikely. The actors consulted pointed out that a strong devaluation would only occur if the barrel of crude oil fell sharply.

"For there to be a substantial reduction, the international price should fall first, but this is not enough: there must also be certain internal conditions, the main one being that the inflationary spiral must stop. discounts even with a barrel down, "Lego explained.

To add, "A fall in the price of the dollar would help to have the liter of naphtha cheaper, but of course no one expects it, it's unlikely."

Emilio Apud, the former Secretary of Energy, highlighted the reduction implemented by the companies in the first tranche of December, and argued that the price reduction would have been greater were it not for the quarterly update established from the inflationary context.

"Every three months, an additional tax is applied to the price of gasoline linked to the wage index and to the cost of living, which is always upwards, which is transferred directly to the price, not to be absorbed by the companies. of inflation prevents, for now, that we speak of much greater discounts, "he told iProfessional.

But in addition to the debate, Apud also predicted a "quiet" summer in terms of gas station prices.

On the other hand, among the paper companies there are coincidences regarding the collapse that the demand presents in this closing of 2018.

Although it remains to be known the official indicator, CECHA anticipated for iProfesional that the collapse in gasoline sales in November reached 10 percent compared to the same month but in the previous year.

"The month of November was very weak and deepened the drop in October, which was around 3 percent. The sale fell and has a lot to do with the 14 increases that occurred this year, in an average of almost 20 days between Although it could be interpreted that each rise was convenient for the vending machine, the truth is that it ended up affecting demand, "he told professional Raul Castellano, a CECC referent.