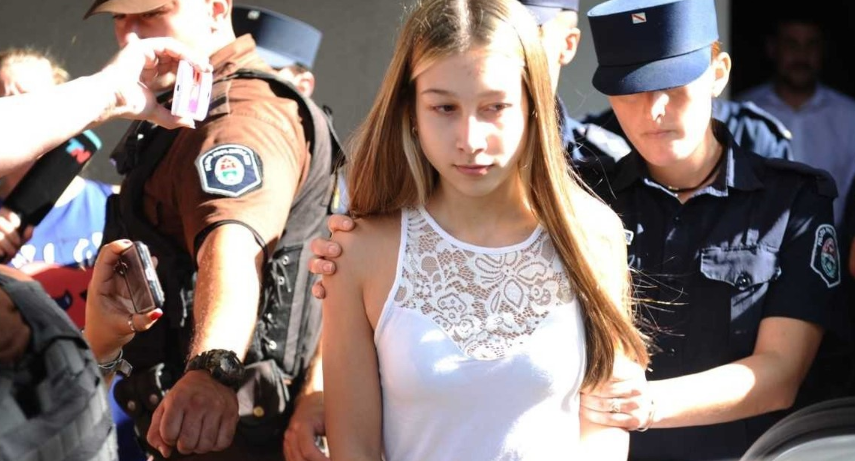 The lawyer for the young man, who is also in jail, presented a letter to authorize meetings between the two "to deepen the dating relationship."

A few days after the first anniversary of the crime of Fernando Pastorizzo, for which he is serving a sentence of life imprisonment, it has been made public that Nahir Galarza started a new relationship in prison.

The young woman began a bond with Matías Caudana, who is also arrested for being part of a narco band led by his father (Elbio Gonzalo Caudana).

Augusto Lafferriere, Caudana's lawyer, confirmed to the newspaper UNO de Entre Rios that he made a presentation before the Federal Oral Court of Paraná so that his representative could meet with Galarza.

"Matías has been detained for some time due to the judicial process that links him to his father, and in this process he obtained the benefit of being able to visit his grandmother in the female prison in Paraná. women), he met Nahir.Matías had permission for a familiar approach with this lady who is the mother of Elbio Caudana " explained the lawyer.

In addition, in dialogue with the same newspaper, he emphasized: "In the summary presented, we ask for the approach to deepen the relationship of dating".

"I do not know under what circumstances Matias and Nahir met, but it is certain that they entered the women's prison and that is where the friendship began, and then this beginning of the relationship that now seeks to reinforce " He also stated.

The lawyer explained that now it will be the court that must "Authorize the approach, which should also be notified to the Court of Gualeguaychú".

The crime of Pastorizzo
Before being tried and detained Nahir Galarza stated, earlier this year, in the courts of Gualeguaychú before the judges how he killed Fernando Pastorizzo.

Through tears and a broken voice, he expressed, "None of us had time for anything, it was an accident and for more things he did for me, I would not have wanted that to happen, never in my life would I have wanted to death No one, I'll never do it. "

With broken sentences, he continued, "He was driving with one hand." The bike started shaking and he had to grab it with both hands, and then I grabbed him and took the gun. to the side ".

"Immediately, when I was able to get up again, I was stunned." Those were the two shots, it was two seconds nothing more.Everything went fast.My mind went blank.I did not know what to do because it was there and my father in the middle, "Nahir narrated.