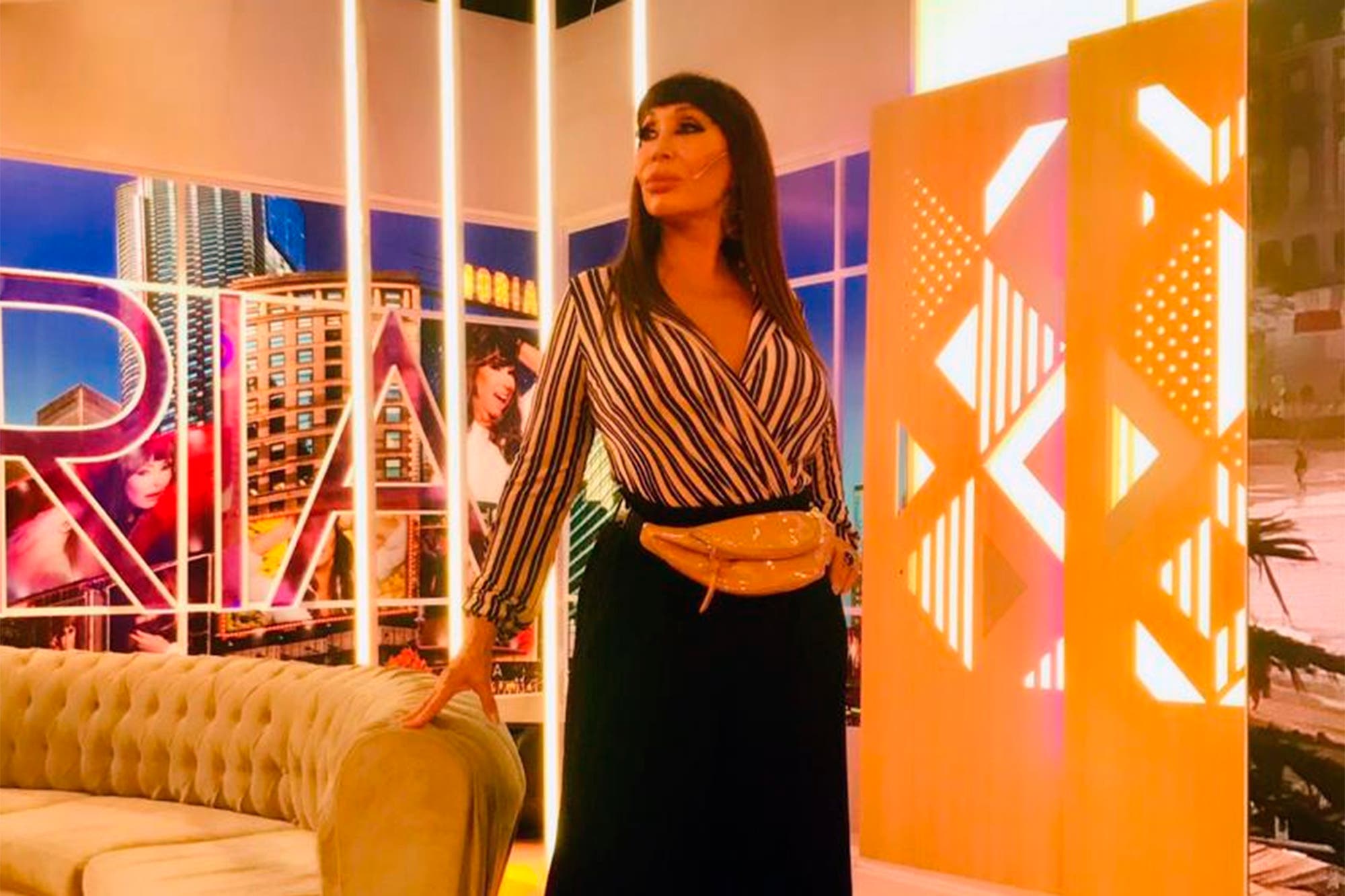 He stumbled twice with the same stone. A few months ago, when

He decided to break the silence and speak
about her imputation for defrauding the state, she promised the diva to do so in
Incorrect, the program she leads. However, days before he flirted with the production of

and this irritated the exvedette, who did not hesitate to call her a traitor. With the protagonist of
Heavenly on the floor of America's cycle, and the promise finally fulfilled, the relationship between them seemed to have improved. In fact, it was Casán who presented him to lawyer Juan Pablo Fioribello, who besides sponsoring it,
In recent times, it has become a major presence in the actress's life.

That afternoon, Anna Chiara, daughter of Andrea del Boca, was present in the studio while Casán was interviewing his mother. At that time, the teenager was 17 years old and that's why she decided not to give her version of the facts. Anyway, he promised Casan that as soon as he was of age, he would give her an interview to talk about his true relationship with Ricardo Biasotti, his father.

Anna Chiara finally turned 18
He gave an explosive interview. The problem is that the report was awarded to a well-known magazine and not to the program
Incorrect. And, of course, Casan did not take long to explode.

He did it on social networks. In his account on Twitter, he wrote two messages in which he made his discomfort clear, he wondered if he should feel used and speculated that her exposure would react to a maneuver to position himself as his mother's successor.

"This girl, Ana Chiarita, told by her mother when she went to my program she promised herself, she asked me and she told me that when she was 18 she went to the program to tell her all that she told in the magazine now. "he wrote first. And then, he added: "What is this? Betrayal? Handling? Use? Or marketing of the new Andreita del Boca to imitate his mother in the artistic career?"

This little girl Ana Kiarita told by her mother when she went to my show that she promised herself, she asked me and she told me that she was only 18 years old. She was going to come to the show to tell everything she told now in the magazine guys. (Cont) and – Moria Casán (@Moria_Casan)
January 31, 2019

But not only in the networks did the host refer to the "sit-in" of the aspiring actress. In his program, he spent several minutes on the subject. "When Andrea was very complicated … I'm not a very close friend of Andrea, I made a movie with her[
Funes, a great love]and then obviously we did not treat each other or the other's phone number. The point is that one day she took my number and called me to ask me to say something, I do not remember what. In addition, she promised me that when she felt more comfortable with the whole judicial issue, she would come to my program, as she finally did, "she began to explain.

"When he began to settle everything judicial because he was in his house as a hostage, he did not want to leave because he was being scribbled or was a
Panic attack her? I introduced her to Dr. Fioribello, my friend, because she told me she was not moving on. She asked me to introduce a criminal and she told me that the cause had fed her and that her father had died because of it. She wanted to be able to go out on the street for protection, without fear, "he continued.

"All this is perfect and I'm happy, but the same lady, who was here, who came with Anna Chiara, offered me the interview." This is not to throw anything in the face, it is to ask her to take responsibility. word, if you can not keep it because you have an appointment or they paid you, you have to call. "He said:" As soon as he turns 18 the girl will come because he has terrible things to say " , with her heavenly eyes and her huge mouth actress.When Anna Chiara turned 18, I called her to congratulate her and say that we are waiting for her and she says: "You know, Morita, what is happening … We're going on a trip. "When they use it, they carry the consequences," he ended up revealing.