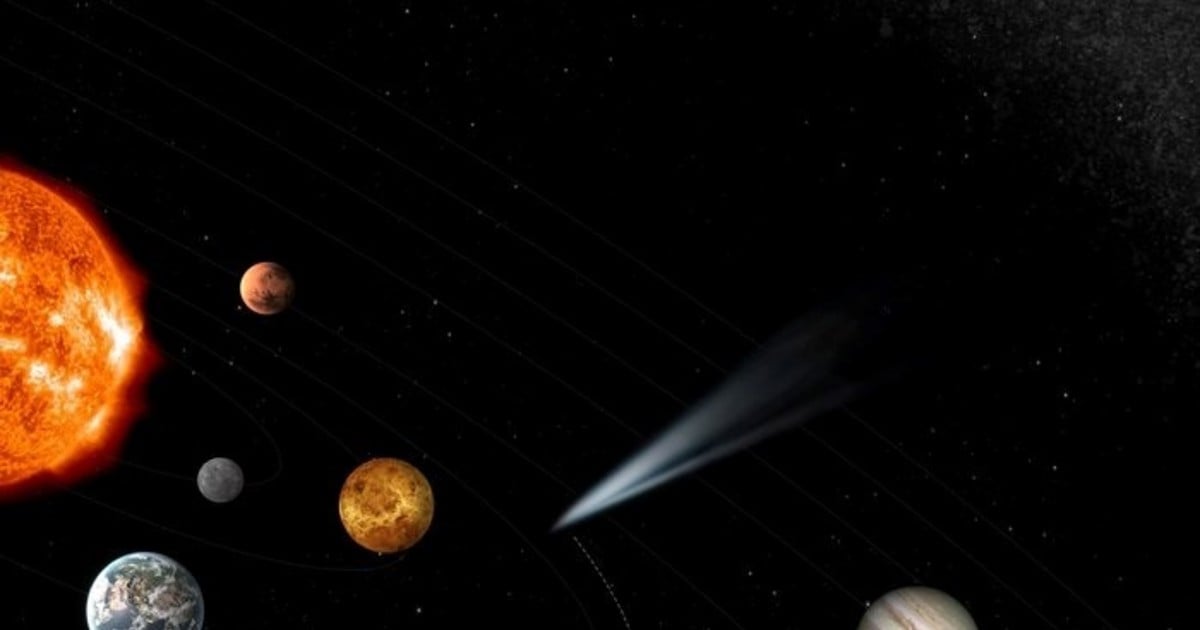 O European Space Agency (ESA) selected the first space mission to a comet object or other interstellar object that is just beginning its journey to the Inner solar system, which could provide new information about these celestial bodies.

Previous missions of this kind, including the ESA pioneer spacecraft, Giotto and Rosetta, they found parrots of short orbital periodsAt less than 200 years, they have approached the Sun many times along their orbits in relatively recent times. As a consequence, they underwent significant changes: Rosetta's comet, 67P / Churyumov-Gerasimenko, orbits the Sun once every 6.5 years. Comet 1P / Halley, visited by Giotto and other spacecraft in 1986, returns to our skies every 76 years.

According to ESA in a statement, the mission "Comet Interceptor" is different because it will focus on a comet visiting the Inner solar system For the first time, perhaps from the vast cloud of Oort believed to surround the outer limits of the Sun's realm. As such, the comet will contain material which was not processed much since the dawn of the sun and the planets. Therefore, the mission will a new vision of comet evolution as they migrate into the inner periphery of the solar system.

The mission will travel to a comet to be discovered, flying over its chosen target as it approaches Earth's orbit. Your three spacecrafts will make simultaneous observations of multiple points around the comet, creating a 3D profile of an object "dynamically new" which contains unprocessed material that has survived since the dawn of the Solar System.

The Comet Interceptor is a "fast" or class F mission. "Fast" refers to the implementation time, with a total development time from selection to launching the preparation of approximately eight years.

The ESA team of the Comet Interceptor. (Cometinterceptor.space)

Class F missions, which have a launch mass of less than 1,000 pounds, they will share the trip to space with a middle-class mission, taking advantage of the additional space on the launcher and the boost to the Lagrange Sun-Land L2 point, which is 1.5 million kilometers "behind" Earth from the Sun .

Its launch is planned as a co-pilot with the Ariel spacecraft that studies ESA's exoplanet in 2028. Both missions will be delivered to L2 and from there, the Comet Interceptor will travel to the chosen target using its own propulsion system.

The selection process was also fast. Following a mission call in July 2018, the space science community held 23 launches and six teams were subsequently invited to submit more detailed proposals. Among them, the Comet Interceptor was chosen in the Scientific Program Committee to move on to a more detailed definition phase.

"Comet Interceptor" includes three spacecraft. The composite spacecraft will wait on L2 for a suitable target, so it will travel together before the three modules separate a few weeks before intercepting the comet. Each module will be equipped with a complementary scientific burden, which will different perspectives of the comet nucleus and its gas, dust and plasma environment.

These "multiple point" measurements will greatly enhance the 3D information needed to understand the dynamic nature of an untouched comet by interacting with the environment of the constantly changing solar wind.

The mission toolkit will be based on the inheritance of other missions, including a camera based on the one currently flying in the ExoMars Trace Gas Orbiter, along with dust, field and plasma instruments, as well as a mass spectrometer, such as those that flew in Rosetta.