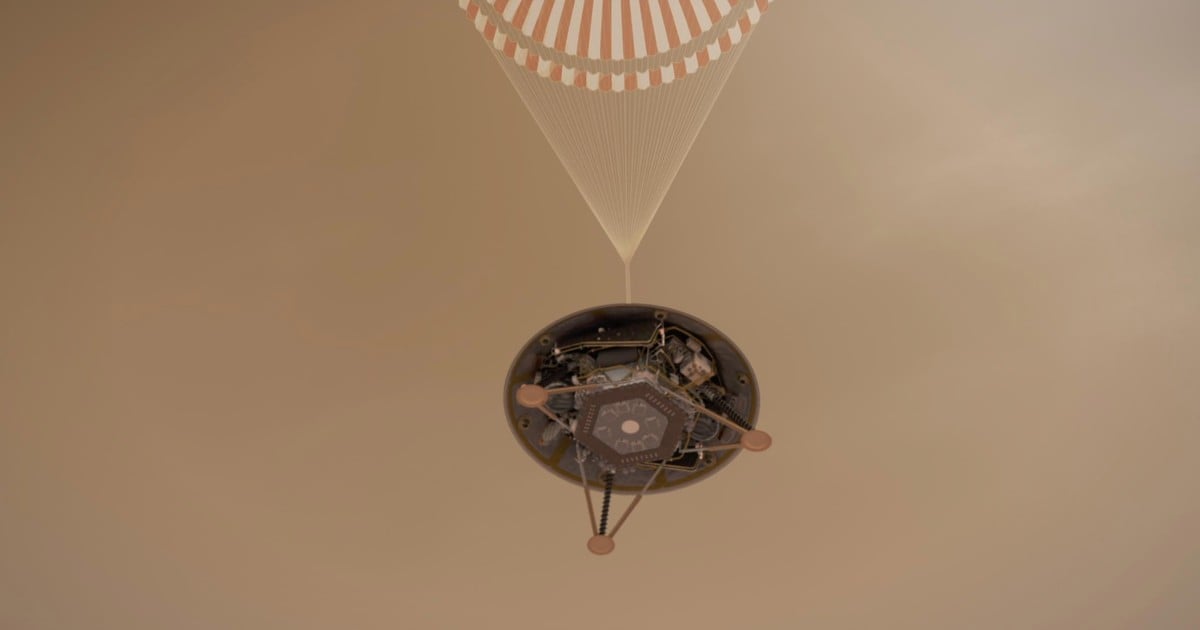 As with Curiosity in 2012, NASA engineers will once again revive the so-called "seven minutes of terror" with the InSight spacecraft. This is the most delicate moment of the mission, since it will have to cross the Martian atmosphere at almost 20,000 kilometers per hour and in that time, reduce its speed to only five kilometers, unfold its parachute and light its twelve backslides to achieve a soft landing . the Martian surface. The space agency broadcasts the live arrival in the following video:

After a seven-month, 485-million-kilometer journey, the robot must rest in one piece on a flat area of ​​the red planet. Once stabilized on the ground, the device will deploy its solar panels to establish communication with the Earth. This will happen around 5 pm in Argentina.

The probe will try to detect the seismic movements of Mars for the first time, an essential way of indirectly analyzing the deep interior. Because with the seismic waves you can "see" the interior, since when jumping in the different layers it works in a way analogous to a sonar. NASA has not attempted this kind of scientific research since the Viking mission.

Another question that will try to answer what happened to the magnetic field that covered it of Mars, something that brought consequences in its evolution. "Being smaller would have lost the internal heat more quickly, and then lost the magnetic field, which ended with its atmosphere. In the absence of an atmosphere, the surface temperature drops and becomes the frozen desert that it is today.